“The global demand for our family of brands remains strong and I am pleased to report that our top-line growth accelerated in the quarter and exceeded our internal expectations,” said Blake W. Krueger, Wolverine Worldwide chairman, CEO and president. “As we move into the second half of the year, we remain intensely focused on our consumers and further investing in our key strategic initiatives  specifically our global brand-building efforts, omnichannel transformation and the continued expansion of our portfolio's international footprint.”

Consolidated revenue increased to a record $630.1 million, representing growth of 2.7 percent versus the prior year and 4.9 percent on a constant currency basis. Adjusting for the impact of foreign exchange, retail store closures and termination of the Patagonia license agreement, revenue grew 6.9 percent versus the prior year. Other highlights include:

“The strong performance in the quarter was highlighted by mid-single digit revenue growth in our U.S. wholesale business, double-digit growth in EMEA and growth exceeding 50 percent in the Asia Pacific region, each on a constant currency basis,” said Mike Stornant, senior VP and CFO. “Revenue for the quarter also benefited from higher than anticipated international shipments that were initially expected to deliver in Q3 2015. Operating margin was also positive, relative to our projections heading into the quarter, aided by strong discipline around discretionary spending to protect our key brand investment initiatives. The company's global diversity and reliable fiscal discipline helped deliver another very good financial performance in Q2 2015.”

Over the past year, the company has initiated several key strategies to accelerate growth and improve profitability.

Also, as part of the Strategic Realignment Plan, the company is consolidating offices and infrastructure in Canada to streamline operations, further realize synergies and drive growth in this important market. The initiative was launched this past quarter and is expected to conclude by mid 2016.

As part of the continuing evaluation of the performance of brands within its portfolio, the company has decided to wind-down operations for its smallest brand, Cushe, and redeploy talent and resources to other higher-value opportunities. The company expects to incur $3.5 million of restructuring and impairment costs in fiscal 2015, of which $2.9 million was recorded in Q2 2015.

The company recently amended and extended its senior secured credit facilities. In addition to increasing the overall size of the company's borrowing capacity, the amended credit agreement extends the maturity date of the facilities, lowers the cost of the company's debt and increases flexibility with respect to stock repurchases and other restricted uses of cash.

The company is narrowing its full-year revenue guidance and reaffirming its adjusted earnings per share guidance, as follows: 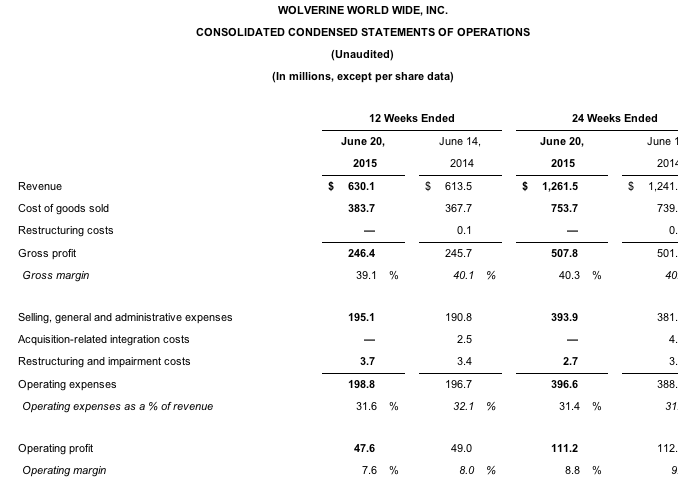 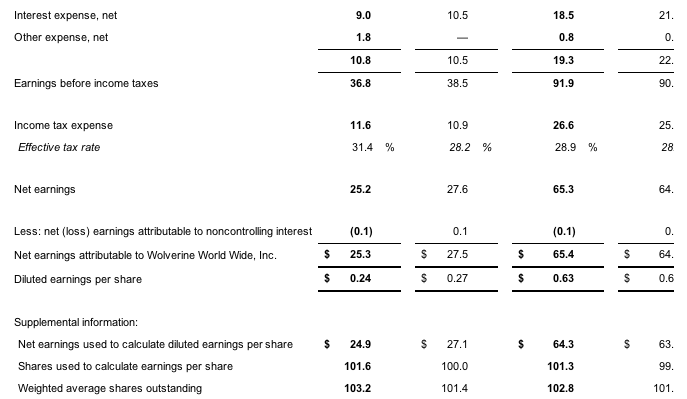 Intersport Expects Sales to be Flat in 2013