Wolverine World Wide, Inc. reported revenue for the first quarter was $284.9 million, an increase
of 11.6% versus the prior year.  Foreign exchange had a positive impact
of 3.6% on revenue growth in the quarter.  During the quarter, all four
of the company’s branded operating groups posted mid-single to
double-digit revenue increases, balanced across all market segments and
geographies.

“Wolverine World Wide had an exceptional start to the fiscal year, as clearly demonstrated by our excellent revenue growth and record earnings per share,” stated Blake W. Krueger, the company’s chairman and chief executive officer.  “Rigorous and consistent execution of our global business model has the company well positioned to take advantage of improving global economic conditions.

“Our strong performance in the quarter was broad-based, with all of our branded wholesale footwear groups delivering excellent results and continued outstanding performance from our consumer direct business.  While the Outdoor Group, led by the Merrell brand, remains the company’s leading profit contributor, our Heritage Brands Group, Wolverine Footwear Group and Hush Puppies Group all contributed to our robust performance, posting strong double-digit earnings increases during the quarter.”

Don Grimes, the company’s chief financial officer, commented, “Trading conditions and consumer confidence in most of our major markets have significantly improved, but we believe our performance in the quarter and our outlook for the balance of the year are driven not just by macroeconomic trends, but also by our brand portfolio’s differentiated product offerings and increasingly deep consumer connections.”

Highlights for the quarter:

Krueger concluded, “We are extremely pleased with the company’s performance in the first quarter of 2010 and the momentum in the business.  We believe that the actions taken in 2009 to streamline our infrastructure, redouble our focus on product and brand innovation, and maintain the full price nature of our brands, combined with our ongoing financial discipline, have positioned the company for an outstanding 2010.” 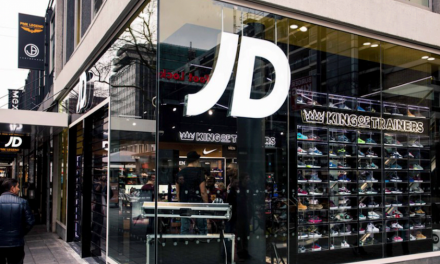