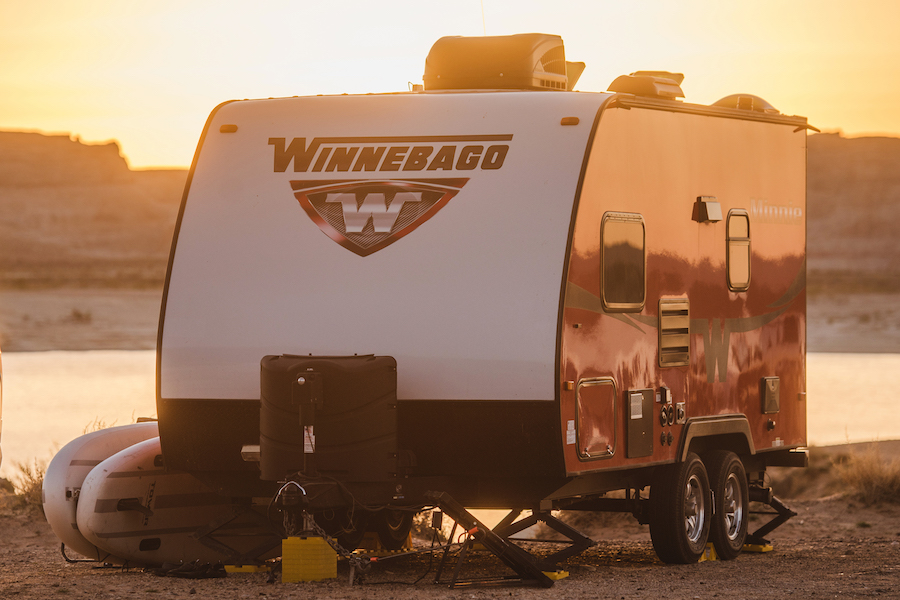 Shares of Winnebago Industries grew $1.45, or 4.6 percent, at market close Wednesday following a fourth-quarter earnings report that beat Wall Street expectations on both earnings per share and revenue. However, softness in the RV market and slowing profits brought shares down to earth after an early morning surge of 17 percent.

The motorhome and towable manufacturing giant reported revenue of $536.2 million for the fourth quarter ended August 25, up 17.9 percent from the same period a year ago and $36.9 million above consensus estimates.

Winnebago Industries, which earlier this year entered the marine segment with the company’s acquisition of Chris-Craft, benefited from that move, as well as seeing strength in the company’s towables segment, according to Michael Happe, president and CEO.

“Fiscal 2018 was a tremendous step forward for Winnebago Industries in all aspects: strategically, financially and culturally,” Happe said. “Strategically, we made strong strides in the journey to transform ourselves into a premier outdoor lifestyle company, especially with our fourth-quarter entry into the attractive marine market with the acquisition of Chris-Craft.

“We have also elevated our level of competitiveness within the North American RV market as a stronger full-line OEM, raising consolidated market share primarily on the strength of our sustained towables segment growth. Both our Winnebago and Grand Design-branded towables business have material momentum with new products and superlative quality driving increased business with dealers and end customers. Our motorhome business continues to make sequential progress in improving its product line vitality and profitability.”

Looking specifically at the company’s two segments, in the fourth quarter, revenues for the motorhome segment were $228.5 million, up 2.5 percent from the previous year. Segment Adjusted EBITDA was $13.2 million, down 18.8 percent from the prior year.

Adjusted EBITDA margin decreased 150 basis points, driven by investments in the business and increasing cost pressures that have not yet been overcome with recent pricing actions. Unit backlog increased 30.9 percent over the prior year, reflecting continued strength in the company’s recently introduced products.

Revenues for the towable segment were $288.7 million for the fourth quarter, up 26.2 percent over the prior year, driven by continued strong organic growth across the Grand Design RV and Winnebago-branded businesses.

Dollar backlog remained strong at over $244.9 million, growing 6.6 percent over last year, driven by a favorable product mix. Unit backlog was a robust 7,651 units but declined 4.4 percent against the prior year period, reflecting extremely high backlogs in late fiscal 2017 and two plant expansions that have added additional production capacity during the course of calendar 2018.

Growth in towables was an especially bright spot for Winnebago in the quarter according to Happe, who said the company’s growth in the segment is winning share in the overall market.

“Combined, no other RV company in North America organically gained the towable share we did this past fiscal year,” he said on Wednesday’s earnings conference call with analysts. “In two short years, our consolidated RV retail market share has risen from under 3 percent to almost 8.5 percent in North America. Our future ambitions are much higher.”

One reason, Happe noted on the call, is that, “As both the Grand Design and Winnebago-branded towable product lines become more popular with the dealers and earn market share at a retail standpoint, the dealers are giving our towables brands more space probably at the expense of a few other brands that they would carry.”

Those ambitions will be aided by a new facility dedicated to Winnebago-branded towables, expected to be online in early calendar 2019.