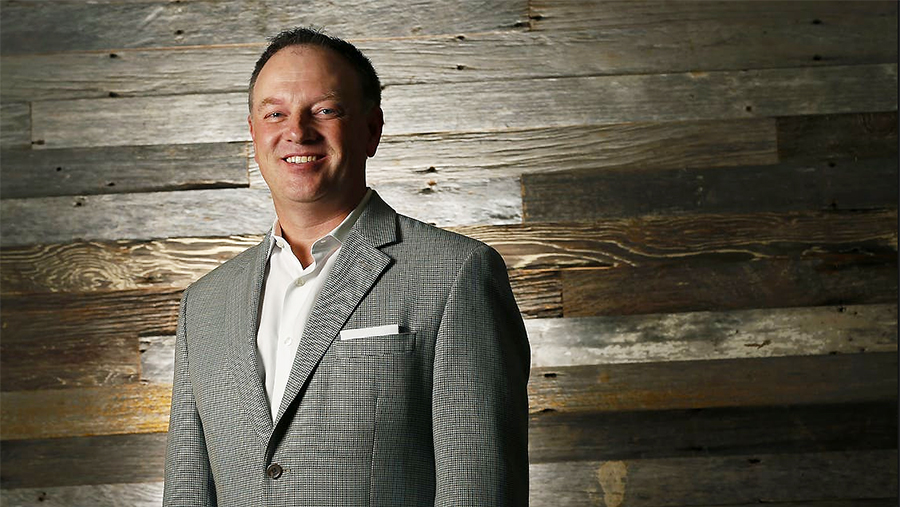 Winnebago Industries reported another record quarter but also announced plans to reduce RV production for the rest of 2022, in line with an expected broader decline in sales of RVs this year.

“We have identified certain days or weeks that we will be taking off or down, especially through the summer months,” Winnebago’s CEO Michael Happe told analysts on a call, shown lead photo. “And we will continue to evaluate that as we get into the September through December period.”

Winnebago has benefited from record demand for RVs since the pandemic’s beginning as families flocked to state and national parks for vacations in the less-infectious outdoors. However, with gas prices rising across the country, averaging $4.94 nationally on Thursday for regular gas, according to AAA, dealers have reported a drop in demand in recent months, Winnebago disclosed to analysts.

Happe noted that the RV Industry Association (RVIA) recently published a projection of wholesale demand for the calendar year 2022 for the U.S. RV industry, with the midpoint being 550,000 units, representing a year-over-year decline of 8 percent against the strong run-up in 2021.

RVIA set a range between 538,000 to 562,000. Happe said that given current retail trends and the unstable macroeconomic environment, Winnebego expects wholesale shipments for the RV industry to be closer to the lower end of the shipment range, at 530,000 units, representing a decline of 12 percent versus calendar 2021.

The projection is notably worse than the company expected during its last analyst call in late March, when Happe said the industry should see sales decline this year “in the low-to-mid-single-digits.”

Supply chain issues have also contributed to a slowing down of the RV market.

Inventories in its towable’s RV segment have returned to normalized levels as parts supply stabilizes and second and third quarter production output addressed backlogs. Motorhome RVs and the company’s Marine segment inventories remain below-targeted levels. Said Happe, “We will continue to work closely with our suppliers to mitigate issues as much as possible and our dealer partners to keep their inventories at healthy levels.”

Happe said that at a macro level, Winnebago continues to be optimistic about the long-term health of RV demand as record levels of U.S. households pursue outdoor activities.

“In the short-term, we are coming off a record level of demand in the calendar 2021, and macroeconomic headwinds persist, including fluctuations in interest rates, gas prices, inflation, and declining consumer sentiment,” said Happe. “With those considerations and a wholesale forecast of 530,000 units in 2022, we believe retail sales for calendar 2022 will likely fall in the 475,000 unit range or a negative 17 percent versus calendar 2021. We follow those trends closely to ensure our production and shipments into the channel align with retail sales.”

In the fiscal third quarter ended May 28, sales jumped 52 percent to $1.46 billion. Excluding the September 2021 acquisition of Barletta Pontoon Boats, sales grew 41 percent. The gains were driven by a combination of pricing actions and an increase in unit shipments.

Among its three segments, revenues for the Towable segment were $805.6 million for the third quarter, up 45 percent from the prior year, primarily driven by pricing increases across the segment in addition to solid unit growth related to producing and shipping units to fulfill a robust dealer order backlog. Segment-adjusted EBITDA was $117.8 million, up 47 percent from the prior-year period.

Adjusted EBITDA margin for the Towable segment of 14.6 percent increased 20 basis points over the prior year, driven by operating leverage and pricing, partially offset by cost input inflation. Backlog, as expected, decreased 14 percent from the prior year and was down 30 percent sequentially as Winnebago successfully replenished dealer inventories in the segment.

Adjusted EBITDA margin in the Motorhome segment was 12.5 percent, up 280 basis points year over year, driven by pricing and operating leverage, partially offset by higher material and component costs. On the analyst call, Bryan Hughes, SVP and CFO said, “Our teams continue to do a great job managing ongoing supply chain inconsistencies in the delivery of chassis and other components, as well as executing pricing actions that continue to offset inflationary impacts.”

In the Marine segment, sales were $126.5 million as both Barletta and Chris-Craft continued to perform well. In particular, the Barletta brand continued to outperform expectations and deliver growth and margins accretive to the Winnebago Industries portfolio. The Marine segment’s adjusted EBITDA of $19.8 million was $18.2 million higher than the same period last year, and the adjusted EBITDA margin was 15.7 percent, 620 basis points higher than last year, reflecting the addition of Barletta and improvements at Chris-Craft.

Happe said RV unit sales were up approximately 7 percent compared to last year, “which is particularly notable since the third quarter of fiscal 2021 was during the height of the pandemic-driven demand spike.”
He added, “Our retail results also continued to outpace the industry, gaining share across both our RV segments and pontoon boats and growing our overall pipeline of loyal customers.”

On a fiscal year-to-date basis, Winnebago’s RV retail market share is 13.2 percent, or plus 70 basis points, versus last year.

In the Marine segment, Barletta grew its retail market share in pontoon boats to 6.6 percent, up 1.6 percentage points ahead of last year on a trailing three-month basis through April 2022. Said Happe, “We are incredibly pleased with the performance and integration of the Barletta business. Since the close nine months ago, it has exceeded expectations.”

Asked by an analyst about a continued interest in the outdoor lifestyle with air travel and other leisure options returning, Happe said, “We are seeing no decrease in consumer participation in the outdoors. Campgrounds are full. Reservations into the future are full. Marinas are full. It’s tough to get a boat slip almost anywhere in the country these days. Rentals are still strong. We are seeing what they are calling on near occasions on the rental side. Consumers are traveling less or less distance because of gas prices, but they are still participating. So, if anything, we have seen an adjustment because of probably gas and food inflation to how people are traveling in terms of RVing and boating, but we do not see a decline in any interest. And I will remind everybody that the cost of an RV for a trip still compares very favorably to the cost of a trip where you have to jump on a plane and stay in a hotel and reserve a rental car. We continue to be a pretty economically viable option for people who want to spend time outdoors, especially from a renting standpoint and existing ownership standpoint. So we understand those other choices are coming back, and that may have some influence on discretionary spending without a doubt, but we are not seeing consumer interest and engagement in the outdoors decline.”