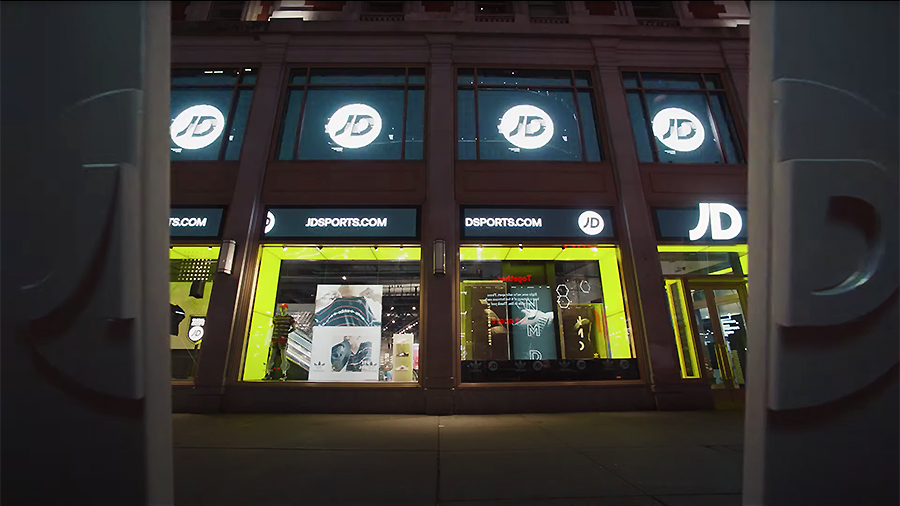 JD Sports’ North American operations, including The Finish Line, Shoe Palace and DTLR, reported combined profit before tax and exceptional items of £343.0 million in its year ended January 29, marking a significant year-over-year improvement. However, JD officials warned that shortages of Nike products would restrain sales growth in the first half of the current year.

Profit before tax and exceptional items in the North American region was double the £171.9 million reached in 2020 and more than triple earnings of £94.2 million in 2019.

Elsewhere in North America, Finish Line, including the Macy’s concessions, increased its profit before tax and exceptional items for the year by more than 51 percent to £236.0 million from £156.6 million in fiscal 2021.

“This result was heavily influenced by the fiscal stimulus, which was made available by the Federal Government in the United States in the first half of the year, with revenues between mid-March and mid-July more than 40 percent ahead of pre-COVID levels,” said Helen Ashton, interim chair, in a statement about the overall North America performance. “Encouragingly, our businesses in the United States also traded positively in the second half of the year when there was no stimulus support, compared to pre-COVID levels.”

UK-based JD Sports entered North America with its acquisition of The Finish Line in 2018. It acquired Shoe Palace in December 2020 and DLTR in March 2021. It has also introduced its flagship JD Sports banner and has 87 locations in the U.S., including 12 in California and eight in New York.

Ashton said, “It is increasingly evident that the Group’s progress in North America and the United States, in particular, is having a long-term positive impact on the Group’s overall performance and its relationships with the international brands. We continue to be encouraged by the progress that JD is making in the United States, with 87 stores trading as JD at the end of the year, and we intend to further expand the JD fascia in this financial year through both new stores and the conversion of existing Finish Line stores. We also opened the first Group fascia stores in Canada in the year with a first JD store in Toronto and Vancouver and a Size? store, also in Toronto.”

Elaborating on its North America performance, Ashton said that although positive gains were achieved through much of the second half of the year “after the peak holiday season as our businesses, which have a higher participation of Nike and Jordan branded footwear in the overall mix, began to see the anticipated shortfall in the supply of certain key footwear styles.”

Ashton added, “Supply of these styles will remain limited through the first half of this financial year, but our expectation is still that the overall supply position should progressively improve through the year.”

On the positive side, strong demand throughout the year resulted in sector-wide lower inventory levels and, consequently, significantly less promotional activity than in previous years, with a notable increase in gross margins.

Ashton noted that JD now has a significant presence in North America with more than 931 stand-alone stores, excluding The Finish Line in-store shops inside Macy’s locations, across the United States and Canada. That’s up from 684 at the start of the fiscal year.

Ashton said its JD’s current intention to maintain JD, Finish Line, Shoe Palace, and DTLR as separate banners “as there is little crossover in locations and they all have their own unique DNA which comes from their retail style and having a rich connection with the local consumer base in the individual neighborhoods where they operate. However, we believe that there are opportunities to enhance both our collective operational effectiveness and the consumer experience in the United States by operating collaboratively in certain areas, such as logistics and IT, with a number of projects ongoing that are connected with this objective.”

Addressing each banner, Ashton said U.S. consumers continue to respond well to the JD banner. There were 87 stores trading as JD at the end of the year, with 12 new stores being opened, complementing the conversion of 26 former Finish Line stores over the year.

“We are encouraged by the sales uplift that we have seen to date in these converted stores, which is a fair reflection of consumer’s positive reaction to JD’s development in the United States, and we will look to maintain this momentum with at least 50 new locations for JD, either as new stores or conversions of existing Finish Line stores, planned for the current financial year,” said Ashton. “Further, we recognize the role that the flagship store in Times Square has had in enhancing both JD’s profile and reputation with consumers and brand partners, and it is our expectation that we will open our second JD flagship store in the United States in Chicago later this year.”

Ashton also said JD remains confident in the potential for JD to build a “meaningful apparel business” in the U.S., with apparel representing 17 percent of sales in the second half of 2021, up from 14 percent in the first half of 2020.

JD’s banners in the U.K. had traditionally carried more apparel than The Finish Line’s traditional banners.

Regarding Shoe Palace, Ashton said the chain has the support of international brands to open additional stores focusing on Spanish-speaking communities on the West Coast and in the Southern states. During the year, one new Shoe Palace store opened in California, with two smaller stores closing. Shoe Palace likewise continues to grow its apparel business which now represents more than 10 percent of total revenues, up from 6 percent pre-acquisition.

Said Ashton, “The business also continues to make significant investments in its operational infrastructure to ensure that it has the right platform from which to develop in the future with the fitting out of a new 511,000 square foot warehouse in Morgan Hill, California, which has photovoltaic power generation capabilities, now substantially complete. We believe these investments will assist in the longer-term development of the online business, which currently only represents 4 percent of total revenues.”

Ashton said DTLR also has the support of the international brands to open additional stores in the future, focused on its core markets in the neighborhood districts of the major cities in the Northern and Eastern U.S. Five DTLR stores opened after the completion of the acquisition with eight smaller stores closed.

DTLR has a higher mix of apparel in its revenues than pre-existing Finish Line and Shoe Palace businesses in the U.S. The apparel mix within DTLR has increased to 30 percent of total sales, up from 25 percent pre-acquisition. Said Ashton, “As with Shoe Palace, we believe that there is also an opportunity to develop a more meaningful online business in DTLR with online sales currently representing only 3 percent of total revenues.”

Through its local management, JD opened its first stores in the country in Canada, with a JD store opening in Toronto and Vancouver and a Size? store, also in Toronto. Ashton said, “These stores complement the four premium Livestock stores in the country. The momentum on new store openings has continued into this year with the first JD store also now open in Edmonton.”

Regarding Finish Line’s in-store shops inside Macy’s, Ashton said Macy’s had notified JD of its intention to extend the Finish Line contract by five years to January 2028. Ashton said, “We intend to retain the Finish Line name in these concession stores with a product offering that focuses more on families. The revised terms pertaining to the extension allow us to close a number of concessions over the term, although the improved performance of these concessions and, consequently, our enhanced confidence in this part of the business is reflected by the fact that only one concession was closed in the year.”