Wilson Sporting Goods Co. is celebrating a Century of Sport with the launch of its “100 Venues in 100 Days” contest. Wilson has shared more winning moments than any other sports brand in history and invites fans to commemorate this century of accomplishment with a chance to win daily prizes and the Grand Prize trip to the 2014 US Open Tennis Tournament in New York City.

“Wilson celebrates athletes at every level, from the backyard to the professional player,” said Tom Gruger, VP of marketing for Wilson. “To kick off our 100th year, we will celebrate our partnership with these athletes as we look forward to the next century of champions.”

Fans and sports enthusiasts can play by identifying sporting venues for 100 days through June 24, 2014. Each day a new sporting venue will be featured with new prizes available including an official Wilson Super Bowl game ball, a Wilson A2000 baseball glove or a premium Wilson tennis racket, with the Grand Prize opportunity to win a trip to the US Open Tennis Tournament.

Wilson tapped Pollinate, a Portland-based advertising agency, to bring to life the countless hours athletes have practiced, the late nights, the two-a-days, and the blisters and bruises, in the name of a fierce commitment to sport on Wilson.com.

“Wilson asked us to create an experience for sports enthusiasts to enjoy the deep heritage Wilson has in inspiring and shaping the game of tennis, golf, baseball American football and basketball among other sports,” said Levi Patterson, Co-Founder of Pollinate. “Fans can now be a part of the journey, decade by decade, to experience the true love Wilson has for sports over the past 100 years and to have a chance to win their big ticket to the US Open tennis grand slam event.” 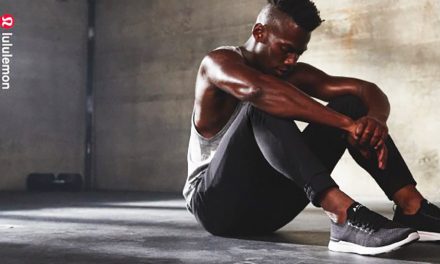