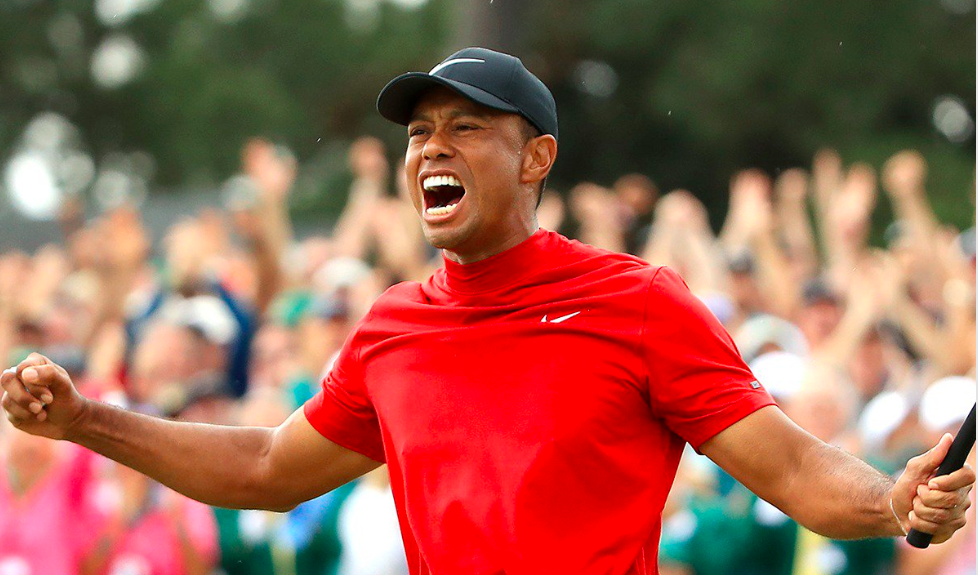 Tiger Woods’ first major win in 11 Years and first Masters win since 2005 earned quick attention to his best-known sponsor, Nike, but some see it possibly helping to boost the overall golf industry.

“Tiger Woods is synonymous with modern-day golf, and his success tends to have positive impacts across the broader golf industry, with the industry’s success in the early-2000s almost explicitly linked to his success and popularity,” Brett Andress, at KeyBanc Capital markets, wrote in a note following the win.

Andress poined out that the industry has not seen Woods win a major since 2008 or a Masters since 2005 “so our ability to draw concrete inferences with data points is limited.” But he did note that Woods’ 2005 Masters led to a multi-month industry growth streak during which time most major manufacturers benefited. Nike also gained share after the 2005 Masters win, another potential beneficiary of the touted “Tiger Bump.”

Finally, he noted that more recently, Woods’ latest PGA Tour comeback in 2018 fueled conjecture that the “Tiger Bump” would occur, and retail growth of golf product subsequently grew 4.7 percent in dollars, the most since 2012.

“Bottom line, we believe we have enough evidence to have reasonable confidence that Tiger Woods’ success is good for industry sales, which is a favorable development as the industry faces tough compares in 1H19, and at the very least should bode well for investor sentiment around the health of the industry. Lastly, we note that “Tiger Bump” or not, industry retail is already off to a healthy start in 1Q19 (+3.2 percent through February) despite headlines about rounds played weakness during this period, and we look towards the March retail release this week as further validation of this trend (our weather-driven rounds played model has March declines moderating meaningfully).”

Andress covers Callaway Golf and suspects that they might benefit from increased attention to the sport of golf.

But Taylormade, Tiger Woods’ equipment sponsor, also expects to see a big benefit, especially if Woods’ comeback continues. TaylorMade has moved quickly to capitalize on Woods’ Masters win. On its homepage, the company is letting consumers buy the clubs Tiger used in his win.

“I do anticipate golf retail specifically to pick up,” TaylorMade CEO David Abeles told Yahoo Finance. “We’re seeing it within our own e-commerce business right now where we are seeing 2-3X the volumes come to our website to express interest and ultimately purchase P7TW products.”

Taylormade only started its relationship in 2017 months before Woods underwent a risky spinal surgery and has just started selling the irons it made for Woods for $1,000.

Nike earned about $22 million worth of exposure from Woods’ win Sunday, according to an analysis by Apex Marketing, a sponsorship analytics research firm. The estimate only includes the original ad broadcast itself, not the encore airing of the match, social media coverage of the ad, or the many news clips of him winning.

Woods’ other sponsors expected to benefit include Bridgestone for golf balls as well as Rolex, Gatorade and Monster Energy. Accenture, AT&T, Buick, Tag Heuer and Gillette are among the sponsors who dropped Woods following a scandal that triggered his divorce.