Which Brands Will Win the U.S. Olympic Marathon Trials?

Many of America’s top men and women long-distance runners will compete this Saturday at the U.S. Olympic Marathon Trials in Los Angeles for one of six spots on Team USA for a chance to go to the 2016 Olympics in Rio. And many running brands will also be out in full force cheering on their sponsored athletes.

A field of more than 400 runners will be competing.

A favorite is Meb Keflezighi (sponsored by Skechers Performance), who looks to make history by landing on his fourth U.S. Olympic team. The other two qualifiers from the 2012 Olympics won’t be competing. Ryan Hall (Asics), the fastest American ever to run 26.2 miles, recently retired, and third-place finisher Abdi Abdirahman (Nike) withdrew from the trials due to an injury.

There’s a likelihood the U.S. may field the same women’s squad as in the 2012 Olympics. They are Shalane Flanagan and Amy Cragg (Nike), who won the 2012 trials,Desi Linden (Brooks) and Kara Goucher (Skechers). Goucher ran for Nike four years ago. Amy Cragg, who recently switched from Brooks to Nike, came in fourth in 2012 and is also seen as a favorite. Deena Kastor (Asics) announced her withdrawal on Wednesday due to a glute strain. Kastor was the last American woman to medal in the marathon at the Olympics, having taken bronze at the 2004 games in Athens.

The course goes for 2.2 miles through downtown Los Angeles, followed by four six-mile loops from the Los Angeles Convention Center around Exposition Park. The top three finishers in each race qualify for the 2016 Summer Olympics. From the $300,000 in total prize money, each winner receives $80,000. The event will be televised by NBC.

Many brands will also be looking to make noise around the event.

Brooks will release its first televised commercial called “The Rundead” on Saturday during the trials on NBC. In the commercial, zombies roam across a barren, post-apocalyptic town. One terrified human attempts to escape the pack by hiding inside a run specialty store. Following him, the zombies discover the shoe wall and Brooks running shoes. Sniffing them and eventually putting them on, the zombies start running and become more alive, revealing the transformative power of running. The tagline at the end reads, “Running Makes You Feel Alive.”

The commercial will also air before the new Jesse Owens biopic “Race” in February and March as well as in several other places. The commercial is a follow up to the launch of Brooks’ new global brand campaign “Live the Way You Run. Run Happy” at SXSW Interactive in March.

“In all of its forms, the campaign will showcase, celebrate and invite people to reflect on the role running plays for them personally,” said Anne Cavassa, chief customer experience officer, Brooks. “At the root of it is a universal joy that the sport creates for each of us which goes far beyond the time between when we start and stop our watches.”

The commercial also features a cameo appearance by Brooks CEO Jim Weber, as a zombie. SGB got some inside shots of his Rundead transformation.

“These extraordinary athletes represent the most talented team the brand has ever fielded for the marathon trials,” said Mark Bossardet, VP of sports marketing for Saucony. “We’re proud of every single one of them; they empower and inspire us. As a company of runners, we know how hard they’ve worked to reach this incredible goal. They’ve prepared all their life for this moment, and the whole Saucony team will be with them every step of the way as they pursue their Olympic dreams.”

Hoka One One, a division of Deckers Brands, will be watching five of their top athletes compete: Matt Llano, Ben Bruce, Scott Smith, Kellyn Taylor, and Tyler Andrews. The athletes with the best chance of winning the race appear to be Kellyn Taylor, who qualified with a Top-10 women’s marathon qualifying time of (2:28:40), and Matt Llano, who has the eleventh fastest men’s marathon qualifying time (2:12:28).

“We are excited to cheer on our athletes as they compete in this competitive and historic race, which returns to the home of the inaugural women’s U.S. Olympic Marathon in 1984,” said Hoka One One’s President Wendy Yang. “The strength and depth of our elite team, who will be racing this weekend, is a testament to our commitment as a brand and staying true to our roots even as we expand in the running market

Making the biggest splash this weekend is sure to be Skechers, who not only has serious contenders in Meb Keflezighi and Kara Goucher, but will become the title sponsor of the Los Angeles Marathon the following day.

Since Tuesday, Skechers has been airing a television ad called ‘Choose Greatness‘ starring Keflezighi and Goucher that speaks to how people are not just inspired by each runner’s legendary performances on the race course but how they choose to engage in everyday life. For Keflezighi, that involves his faith, his family and his interaction with others that shows he “does choose greatness in everything he does.” Goucher similarly decided to “choose greatness” as a wife, mom and business woman in addition to her running feats.

Overall 27 of Skechers elite athletes are competing at the trials and Skechers has numerous activites planned for race weekend. “This weekend is creating so much excitement across Los Angeles,” said Rick Higgins, SVP, merchandising and marketing, Skechers Performance. “We truly wish all the runners, supporters and partners of the Skechers Performance Los Angeles Marathon the very best.” 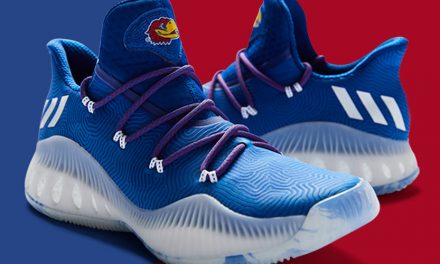 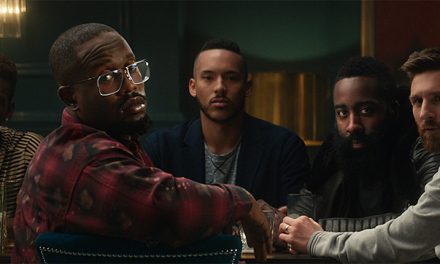 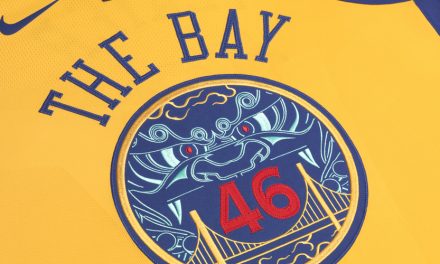