Where And When Will The Trade War End? 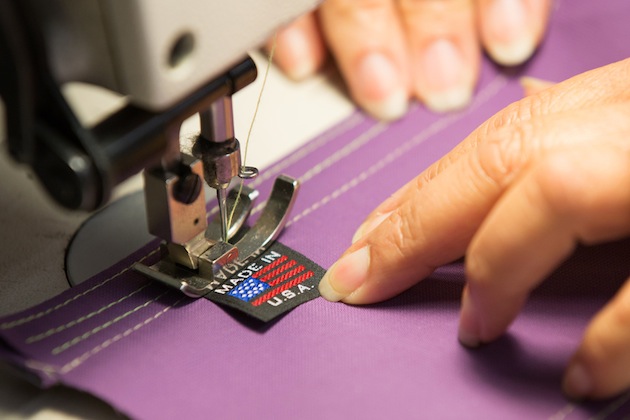 President Donald Trump this week threatened to further escalate the U.S.-China trade war Friday by announcing the possibility of an additional $100 billion in new tariffs on Chinese imports, stoking additional concern from American companies that the end result will hurt numerous businesses.

These new potential tariffs would be on top of the $50 billion in tariffs on Chinese goods, including motor vehicles, home appliances, industrial robots and telecommunications equipment, announced earlier this week.

That most recent announcement spared apparel, footwear and outdoors products, though some of the machinery used to make those products here could be subject to the 25 percent tariff, potentially increasing the cost of “Made in the USA” goods.

China, not surprisingly, reacted by stating it would tax more than 100 U.S. items, a list that was heavy on agricultural commodities, especially soybeans. Beijing also said it would add 25 percent tariffs on U.S. exports like aircraft, automobiles and chemicals.

That move infuriated Trump, who said in a statement Thursday evening that he found China’s retaliation “unfair.” He instructed U.S. Trade Representative Robert Lighthizer “to consider whether $100 billion of additional tariffs would be appropriate … and, if so, to identify the products upon which to impose such tariffs.”

“Rather than remedy its misconduct, China has chosen to harm our farmers and manufacturers,” Trump said. “I am committed to enabling American companies and workers to compete on a level playing field around the world, and I will never allow unfair trade practices to undermine American interests.”

Despite many businesses in the footwear, apparel and outdoor space not being directly impacted by the announcement, reaction to the new tariff proposal was sharp.

Jeff Turner, sales manager at paddlesports apparel and gear manufacturer Kokatat, told SGB Executive the company does “import products and components from China and are somewhat relieved that these items have been excluded from Trump’s recent import tariffs. We do not export much into China, so for now import tariffs to China have little effect on Kokatat.”

“That said,” Turner continued, “we are watching this escalation between U.S. and China with an eye on the potential impacts on the breadth of import tariffs imposed by Trump. Tariff wars are so last generation. There is a tremendous dependence on Asian raw materials among outdoor industry brands, particularly those that are focused on maintaining and growing US manufacturing.”

Nester Hosiery is another company that responded to SGB Executive’s request for comment on the tariff situation. Nester said it sources everything domestically and doesn’t currently sell to China, so the tariffs don’t directly impact its Farm to Feet socks brand, but company CEO Kelly Nester warned that the ongoing trade war will have indirect effects up and down the supply chain.

“For Nester Hosiery we source a variety of raw materials for our customers from around the world, including China, but foresee minimal impact,” he said. “However, as a whole we feel this is not positive for business. Our customers import a lot of their goods from China and it will cause significant disruption to their business. The marketplace is already highly competitive, and a trade war will only further complicate things.”

Here’s a rundown of how things have already become so complicated in just the first few months of 2018:

What’s the next move in this saga? The escalation appears endless, but damage will continue to hit a number of industries, even Made in the USA brands and companies that don’t directly deal with China as consumer confidence wanes in response to the White House continually changing the tariff rules–confusing and frustrating both businesses and consumers.

“President Trump’s latest push to add additional tariffs on $100 billion in goods, on top of his list of $50 billion in goods released just days ago, has been met by industry leaders with confusion and dismay,” said Matt Priest, president and CEO of the Footwear Distributors & Retailers of America. “We simply cannot understand why the president would use American footwear consumers as a bargaining chip in his fight with China. We have stressed that adding tariffs will drive up shoe prices for American consumers. Now we are also worried that these latest comments will cause a drop in consumer confidence, pulling back dollars that Americans might have used to purchase shoes this Spring. Fear and confusion leads to pauses in spending, and footwear retailers cannot afford this in an already tough environment. We encourage the president to pull back from his latest comments for the sake of footwear shoppers and retailers.”

Said National Retail Federation President and CEO Matthew Shay: “These tit-for-tat trade actions could spell disaster for the U.S. economy and make it harder for Americans across the country to afford everyday products and basic necessities. It is inevitable that China will respond with more retaliatory actions that cause even further harm to American farmers, businesses and consumers. We urge the administration to change course and stop playing a game of chicken with the nation’s economy.”