What Drove The Sports Industry’s Strongest Annual Gains Since 2002?

While many opportunities have quickly dried up with the spread of the coronavirus pandemic, SFIA’s 2019 State of the Industry Report showed the industry had strong momentum coming into the year, offering some hope that pent-up demand will be there when the industry can relaunch.

Among the encouraging findings:

One ongoing challenge is households in lower-income brackets that continue to be significantly more inactive than households in higher income brackets. Most of the 3.9 percent industry growth came from the larger leaders while smaller and mid-size brands were found to be still struggling and grinding it out.

“Top brands captured the lion’s share of the growth while secondary brands had to work doubly hard to keep up,” said Tom Cove, president and CEO in the study. “Struggling companies saw little trickle down from overall industry growth.”

The report found that significant interest in reducing inventories in 2018 contributed to a promotional retail environment in 2019 but ultimately helped the industry maintain and increase retail prices and be in a better position to promote new products.

A total of 54.1 percent of industry respondents to an accompanying survey said they planned to increase R&D investments in 2020 versus 52.1 percent who said so in 2019, an encouraging sign after the industry had pulled back following the bankruptcies of Sports Authority and other chains. SFIA wrote in the industry report, “Often R&D is one of the first line items to be cut when companies struggle, so when brands invest and plan to increase R&D investments, it typically means that the industry is doing well.”

The survey did find industry participants expected the highest rate of growth in 2020 to come from their own websites with third-party platforms such as Amazon close behind. It also found that while only 10.2 percent of industry respondents to the survey had their own stores, those stores accounted for 40.8 percent of their sales. 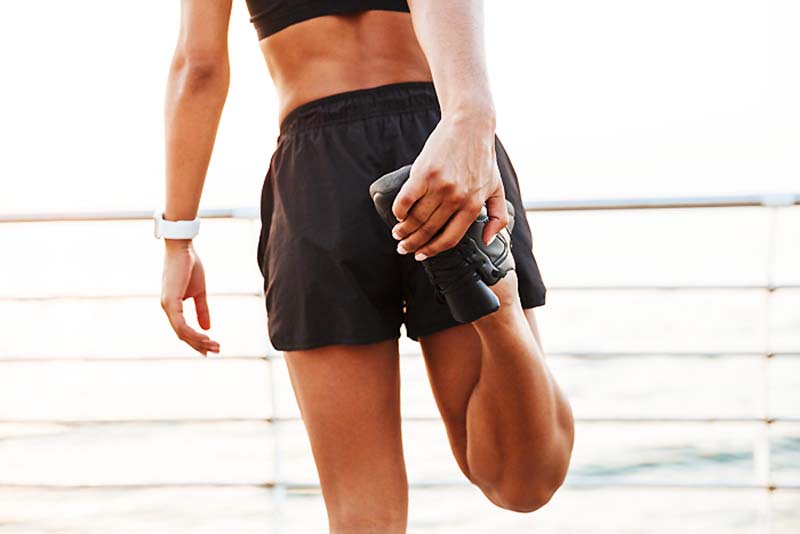 Inactivity Still Hovering Around A Quarter Of The U.S. Population
For the first time since 2009, the overall inactivity rate dropped to 26.8 percent, a 0.5 percent change. Inactivity rates for all but one age segment (ages 45-to-54) declined. Young adults ages 18-to-24 had the largest decrease. A five-year positive trend in activity of youth ages 6-to-12 and 13-to-17 appears to be benefitting from campaigns from larger sports companies and governing bodies. The 2019 rate of inactivity was still higher than 10 years ago when just a quarter of the population was inactive.

As one million Americans became active during 2019, most chose to participate in high-calorie activities at a casual level, following the shift from core to casual that has been in play since 2014. Overall, over one-third of the population remained active in high-calorie fitness — meaning they participated at least three times per week in a high-calorie burning activity.

Fitness Activities Continued The Gaining Trend
Fitness sports remained the most participated in activities with 67.3 percent of Americans engaged in running, spin class, water aerobics, and the like. This figure was 9.9 percent higher compared to 6 years ago. Nearly every fitness category increased in participation. Dance, step and other choreographed exercise to music (7.0 percent); aquatic exercise (6.4 percent); rowing machine (5.9 percent); treadmill (5.7 percent); and yoga (5 percent) represented the greatest year-over-year growth.

Team sports participation increased 2.5 percent maintaining the upward climb from 2016, although it was more of a mixed bag among activities. Out of 23 team sports, 16 reported a decline in participation; the team sports category as a whole, however, increased in participation. This growth is attributed to increases in select traditional team sports including basketball (2.9 percent), outdoor soccer (4.5 percent), volleyball (2.7 percent), and flag football (3.2 percent).

Outdoor participation continued to gain momentum just at a slower rate. Half of the American population ages 6 and older participated in some form of outdoor activity in 2019; day hiking, trail running and kayaking all had substantial gains.

Other Findings Around Participation:

In 2019, a total of 18,000 online interviews were conducted as part of the study. The results are derived from a combination of aggregated quantitative data that is collected from a sample of the manufacturers in a variety of product categories along with additional industry data collected throughout the year.

The report is free to SFIA members. For more information go here.