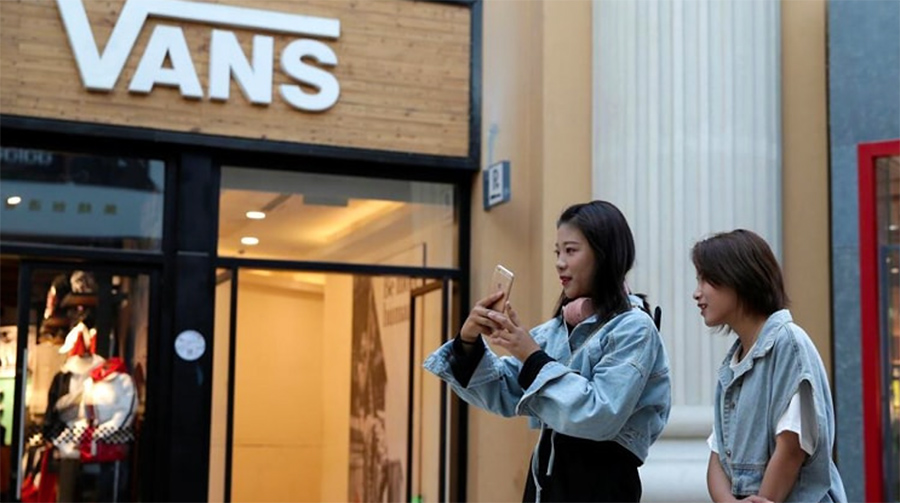 Analysts applauded VF Corp’s better-than-expected results for the second quarter ended September 26, highlighting the robust growth in China and across digital platforms and believing VF is on the path to a return to sales growth in its fiscal fourth quarter.

Among the quarter’s highlights: 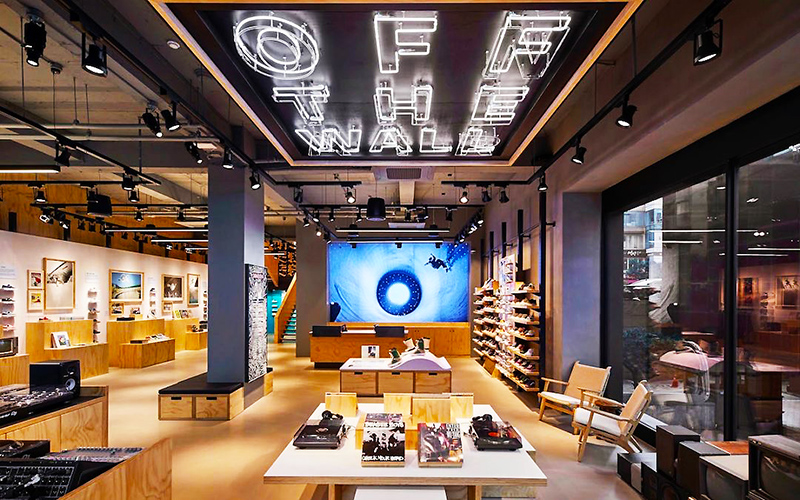 “VFC is on a solid path to returning to growth, and FQ2 results were a key reflection of the improvement the company is seeing across its four key brands,” wrote lead analyst Camilo Lyon in a note.

Lyon said the EPS came in better than his estimate of 56 cents due to better-than-expected top-line growth and a reduction in expenses by 14 percent versus his estimate of 12 cents. He expects the growth in digital, and China “will continue to be well into next year and beyond.”

While gross margins came in slightly below his projections, “we see margins sequentially improving as inventories in the channel are much improved and channel mix shift benefits should normalize favorably,” said Lyon.

The analyst expects the sale of the occupational workwear business to close prior to year-end boosting VF’s cash position by $900 to $1 billion to support M&A activity. The analyst wrote, “With a clearer line of sight into how 2H will play out, we believe VFC can be more aggressive in its bidding process for viable targets. Overall, VFC’s recovery is progressing ahead of plan, gross margins are poised to expand significantly next year and optionality of a large scale acquisition is ever-present.”

Stifel Affirms Hold Rating
Stifel reaffirmed its “Hold” rating and $80 price target. Wrote lead analyst Jim Duffy in a note, “F2Q sales and commentary on FY2H21 show the COVID-19 recovery is tracking and validates expectations for a return to growth beginning in F4Q21.”

Duffy noted that the above-plan top-line performance reflected better revenue in each segment, although it also benefited from wholesale revenue shifts.

He called out the strong liquidity, cash flow generation and manageable leverage that enabled management to support a dividend payout. Duffy wrote, “VF’s earned status as a dividend aristocrat (48 years of dividend increases) symbolically distinguishes its legacy of organizational and financial character.”

One cautionary note, however, was that digital growth is receiving “heightened investor scrutiny near-term” as buying has significantly shifted online during the pandemic, and VF’s 42 percent digital gain marked a slowdown from 81 percent in Q121 and trailed Nike’s 83 percent gain for its August quarter.

Duffy wrote, “While encouraged by the progression toward normalization and commentary about organizational realignment and associated cost savings, we are hesitant to take a much more bullish stance on the earnings outlook or valuation.”

“Buy the weakness,” wrote lead analyst Sam Poser in a note. “Necessary steps are underway to ensure that VFC is well positioned into FY22 and beyond. Despite the challenging environment, overall business is improving faster than anticipated reflected by 2Q21’s top and bottom-line beat.”

Poser highlighted the digital sales growth of 42 percent on a currency-neutral basis led by 66 percent growth at Timberland and 51 percent at Vans. He noted that the EBIT margin of the DTC channel is about double that of the wholesale channel. Poser wrote, “We believe DTC growth, specifically owned digital (VFC’s highest-margin channel), will significantly outpace wholesale growth over the next several years, creating meaningful top-line and margin tailwinds.”

Poser stated that concerns around Van’s growth are overblown. Poser wrote, “The slowdown in Van’s revenue growth is primarily a function of supply, not demand. Short-term hiccups, including supply chain issues and a pullback in marketing, are now in the rearview.”

Other positives Poser saw in the quarter were a faster-than-anticipated recovery at Timberland, 21 percent currency-neutral growth in Mainland China that bodes well for recoveries in the Americas and EMEA and VF management’s confidence in its ability to expand margins while continuing to invest in growth opportunities.

Wrote Poser, “FY21 guidance, provided for the first time since the onset of the pandemic is prudent but will prove conservative in our view. Further, the increase in the dividend reflects management’s confidence in the trajectory of the business.”

“FQ2 results included a healthy top- and bottom-line beat with upside across brands, encouraging progress on inventory, and a confident update on the ongoing recovery,” wrote lead analyst Jonathan Komp. “With momentum building in September/October-to-date we think several areas of pushback (Vans/digital/2H margin) will largely prove to be noise.”

Komp believes concerns over Vans’ growth are “overblown,” with sales coming in better than guidance and strong engagement seen for the brand across digital. He added that The North Face “should bounce back sharply, though with upside capped by inventory levels; lean inventories, a healthy pipeline (including impactful collaborations), and possible outdoor activity tailwinds bode well for F2022E.” The analyst also cited that the “much better trajectory” seen at Timberland and momentum at Dickies.

Komp believes the moderate pullback from recent highs presents a buying opportunity. He wrote, “Bigger picture, we believe VFC has taken the appropriate steps to effectively navigate the current environment (having right-sized orders, managed costs, increased cash) while maintaining the strong relative positioning for its portfolio of authentic brands (including building leading digital engagement and capabilities) that position the company well over time. We view VFC as a best-in-class operator and in an upside case see potential for the stock to reach the mid $90s one-yearout in the event of a quicker earnings recovery.”

Lead analyst Matt Boss believes the stock’s slide on Friday reflected VF’s management’s conservative projections and the fact that the stock had climbed 27 percent since mid-August.

The analyst was impressed with the Q2 beat and noted that sales trends are improving as VF’s management “cited “’accelerated’ trends in September in Americas across Vans, The North Face and Timberland brands in line w/ industry laterals pointing to a strong September supported by later back-to-school demand.” Boss noted that management stated, “We’ve seen good energy, start here in September carried into October.”

Boss also noted ending the quarter with inventories down 10 percent and “clean inventory levels across our channels of distribution” offers greater confidence in VF reaching its second-half goal of low-single digit revenue growth and 100 basis points contraction in gross margin.

Boss further noted that VF’s strong balance sheet, including $2.7 billion in cash at the quarter’s end, increases the likelihood of an acquisition. The analyst wrote, “”Importantly on M&A, mgmt reiterated that it remains their ‘top capital allocation priority’ and that given VFC’s current ‘excess liquidity’ and stabilization across the business, VFC’s ‘confidence to execute an acquisition is clearly greater today than it was just a few months ago.’”