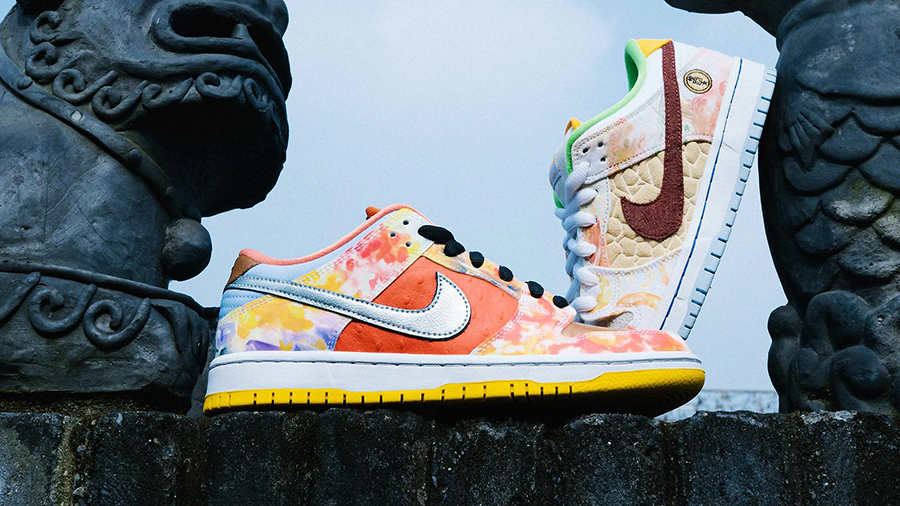 Shares of Nike Inc. fell 6.2 percent on Friday after the athletic giant slashed its growth outlook for the current year due to COVID-19-driven port congestion and factory shutdowns in Vietnam. A few analysts remained cautious on Nike’s stock given the uncertainty around the supply chain and China’s growth, but Wall Street remains bullish on the brand’s long-term growth prospects.

Highlights of the quarter ended May 31 include:

The following is a summary of analyst views on the quarter:

»Bank Of America Securities maintained its “Neutral” rating on Nike and reduced its price target to $160 from $168.

On the positive side, Lorraine Hutchinson pointed to the healthy growth seen in North America and EMEA despite the inventory shortages. She wrote, “Despite the hiccup in sales momentum from the supply chain headwinds, we expect NKE to remain a peer leader in terms of innovation and should continue to benefit from the shift to NKE Direct and differentiated wholesale.”

Hutchinson noted that Nike officials indicated that the Nike Brand has exited 50 percent of their “undifferentiated accounts” in the last three years and the supply issue will “only hasten this shift, as evidenced by the 5 percent wholesale growth in 1Q.” However, the analyst continues to see demand risk from “brand issues” in China, which will now be exacerbated by supply chain delays. Hutchinson concluded on her rating, “We remain Neutral and think the risk/reward remains balanced until we have more visibility on the supply chain recovery and rebound in China.”

»BTIG maintained its “Neutral” rating. In mid-September, the firm had lowered its rating from “Buy” due to its belief that factory shutdowns in Vietnam had worsened in recent months.

Camilo Lyon noted that positives in the quarter included both direct and digital growth expanding over 25 percent on a currency-neutral basis. The negatives were China’s growth at only one percent and the supply chain issues. Lyon wrote that given that the factories in southern Vietnam have yet to reopen, the updated mid-single-digit guidance could prove too optimistic, particularly as Nike officials are also expecting a gradual return to full capacity levels. The analyst further noted that “worsening bottlenecks” across the supply chain are exacerbating delivery challenges.

Lyon wrote, “While NKE innovation and overall demand trends are strong, the lack of visibility into when (duration) and how quickly (magnitude) the production in Vietnam can ramp back to full capacity will likely keep the stock under pressure and subject to multiple compression. To this point, we continue to believe the factories in Vietnam will not get back to full production before the Lunar New Year (we are modeling only a 50 percent ramp through year-end, but they have yet to open, suggesting our assumptions could be aggressive).”

»Williams Trading maintained its “Buy” rating and its $196 price target.

Sam Poser wrote, “The global health of the Nike brand has never been better. Unfortunately, the same came cannot be said about the global supply chain. Outlook post current supply chain headwinds remains strong and virtually unchanged. Nike will gain market share, in a more profitable manner than its competitors in both the short and long term.”

Poser said the benefits of Nike’s scale and its financial position, with over $10 billion of cash on its balance sheet, strong global demand for product and increasing DTC penetration and healthy growth provides Nike with the ability to more easily recover from the supply chain fallout than its competitors as well as some of its retail partners.

Poser also expects the supply chain constraints will further speed up Nike’s goal to bring its DTC business to 50 percent of total sales. Poser wrote, “In keeping with growing its DTC penetration, hastened by product shortages due to supply chain constraints, we expect NKE increase the standard as to what it means to be a brand accretive retail partner, and to cut off or reduce product allocations, to those remaining retailers, which fail to meet the higher standard.”

»BMO Capital Markets reiterated its “Outperform” rating and trimmed its price target to $170 from $174. Simeon Siegel wrote in a note, “Although macro shouldn’t be ignored, we continue to believe NKE’s size/scale offers compelling LT competitive advantage.”

»Citi Research maintained its “Neutral” rating and its $170 price target. Paul Lejuez wrote in a note, “We view these supply chain disruptions as transitory (and are impacting the athletic footwear space broadly). However, with near-term EPS pressure and shares trading at an F22E EV/EBITDA multiple of 25x, we view the risk/reward as balanced.”

»Morgan Stanley maintained its “Overweight” rating and lowered its price target from $221 from $201.

“The stock could remain range bound short-term until all factories reopen and temporary supply chain headwinds abate,” wrote Kimberly Greenberger in a note.

Wrote Greenberger, “Looking ahead, although we expect supply chain headwinds to negatively impact results short-term, NKE remains one of our preferred names in the Softlines space, as its transformation from a legacy wholesale business into a DTC brand should improve its TAM, revenue growth, margin profile, & EPS growth opportunity.”

Jim Duffy wrote in a note, “Demand indicators remain strong though, as anticipated, NIKE cut FY22 guidance due to production dislocation. Issues are transient and rebalancing supply to meet demand is likely in early FY23 suggesting both opportunity from channel replenishment and a return to the prior expected earning trajectory. Our FY23 estimates (the basis for our 12 mos. target) remain unchanged. We remain compelled by the business transformation to a higher margin, higher return economic model. Accordingly, we continue to view NIKE as a top tier core holding for large cap growth investors and recommend using any weakness in shares in response to supply challenges as an opportunity to build positions.”

Baird reduced its F2022E EPS by more than 20% amid the near-term uncertainty, but only reduced its F2023E by 4 percent reflecting Baird’s expectation for more normalized supply conditions combined with Nike’s scale advantages to deliver a “very strong” earnings recovery during F2023E. Wrote Komp, “With shares off ~12%+ from highs and multi-year earnings power largely unchanged, we recommend purchase of NKE.”