VF Corp reported revenues rose 8 percent in its fourth quarter to $3.3 billion, compared with the same period of 2012, driven by double-digit growth in its Outdoor & Action Sports, Sportswear, international and direct-to-consumer businesses, and high single-digit percentage growth in our Imagewear coalition.

“2013
was a terrific year for VF with record gross margin and earnings per
share,” said Eric Wiseman, VF Chairman and Chief Executive Officer. “The
combined power of our brands and platforms remains our greatest
competitive advantage enabling us to push the envelope on product
innovation to connect even more intensely with consumers and providing
stellar returns to our shareholders.

“Among many noteworthy brand
performances, two significant milestones included The North Face brand
passing $2 billion in global revenues and the Vans brand surpassing the
$1.7 billion revenue mark, becoming VF’s second largest brand,” Wiseman
continued. “And with strong results from our direct-to-consumer and
international businesses, supported by outstanding execution from our
global supply chain, we’ve established excellent momentum that we expect
to contribute to a strong year for VF in 2014.”

In the fourth quarter ended Dec. 28, gross margin improved 80 basis points to 48.2 percent, compared with 47.4 percent in the same period of 2012, with improvements in nearly every coalition. The higher gross margin reflects the continuing shift of our revenue mix toward higher margin businesses as well as lower year-over-year product costs.

SG&A as a percent of revenues rose 10 basis points to 32.7 percent in the fourth quarter. This increase includes the impact of an incremental investment of nearly $30 million in marketing to support growth in VF’s largest and fastest growing businesses.

Revenues increased 5 percent to a record $11.4 billion compared with $10.9 billion in 2012. International revenues were up 8 percent driven by 7 percent growth in Europe and Asia Pacific, and a 9 percent increase in the Americas (non-U.S.) region.

Gross margin rose by 160 basis points to a record 48.1 percent, compared with 46.5 percent in 2012, with improvements in nearly every business. For the full year, the improvement in gross margin reflects the continued shift in our revenue mix toward higher margin businesses as well as lower product costs.

Net income on an adjusted basis rose 13 percent to $1.2 billion compared to $1.1 billion in 2012. Adjusted earnings per share, which excludes $0.02 in Timberland acquisition-related expenses in 2013 increased 13 percent, to $2.73 from $2.41 in the same period last year. Adjusted earnings per share of $2.41 in 2012 exclude a combined $0.02 in Timberland acquisition-related expenses and the gain from the sale of John Varvatos. On a GAAP basis, full year net income was $1.2 billion while earnings per share grew 12 percent to $2.71 per share.

Revenues for the Vans brand in the fourth quarter were up 14 percent with strong, double-digit growth across all geographies, as well as in the brand’s wholesale and direct-to-consumer platforms. Revenues in the Americas region were up at a low double-digit rate in the quarter, which contributed to the brand surpassing the $1 billion mark in annual revenues in its largest region. In Europe, the Vans brand grew 20 percent and was up nearly 20 percent in the Asia Pacific region. Revenues for the Vans brand globally for the full year were up 17 percent.

Fourth quarter operating income for Outdoor & Action Sports rose 11 percent to $358 million. Operating margin decreased 10 basis points to 18.7 percent, compared with 18.8 percent in the 2012 period, including the impact of incremental marketing investments in The North Face, Vans and Timberland brands in 2013.

Jeanswear fourth quarter revenues were flat at $734 million. Revenues in the Americas business were flat, including flat results in the U.S. offset by declines in Central and Latin America. In Europe, revenues were up at a mid single-digit percentage rate and sales in our Asia Pacific region were down slightly. In 2013, global Jeanswear revenues were up 1 percent.

Fourth quarter revenues for the Wrangler brand were up 5 percent driven by strength in the Americas region, with mid single-digit growth in western specialty and slight growth in its U.S. mass channel business, offset by a 10 percent decline (up 8 percent in constant dollars) in Latin America. Wrangler brand revenues in Europe were up 4 percent (flat on a constant dollar basis). Fourth quarter revenues for the Lee brand were down 6 percent driven by a mid single-digit percentage increase (up low single-digit percentage in constant dollars) in Europe and Asia, offset by a 10 percent decline in the Americas region, where the business is being negatively impacted by ongoing challenges in the U.S. mid-tier channel.

Operating income for Jeanswear in the fourth quarter rose 2 percent to $134 million. Operating margin grew 40 basis points to 18.3 percent in the quarter, with improvements primarily attributable to strong performances from both the Wrangler and Lee brands outside the U.S.

Imagewear revenues were up 9 percent in the fourth quarter to $287 million. This increase is largely due to a contract that was renewed later than expected. For the full year, revenues for the Imagewear coalition were down 1 percent. Fourth quarter operating income for Imagewear was up 31 percent to $45 million, with a 250 basis point improvement in operating margin to 15.6 percent, reflecting meaningful gross margin expansion.

Sportswear had a strong quarter with revenues increasing 14 percent to $208 million. The Nautica brand grew 11 percent with solid increases in both its wholesale and direct-to-consumer businesses. The Kipling brand’s U.S. business achieved a 33 percent increase in revenues compared with the same period last year. Globally, the Kipling brand grew 28 percent. For the year, Sportswear coalition revenues were up 8 percent. In the fourth quarter, operating income increased 11 percent to $36 million, while operating margin declined 50 basis points to 17.2 percent.

Inventories were up 3 percent compared with December 2012 levels reflecting VF’s continued focus on operational efficiency. For the full year, VF’s cash generation from operations exceeded $1.5 billion. The company returned nearly $700 million to shareholders through dividends and share repurchases despite contributing $100 million to its pension plan and repaying $400 million of debt.

“As we look to 2014, we are confident in the continued global success of VF’s portfolio of powerful brands and platforms,” Wiseman said. “Our proven execution and financial discipline makes us the best positioned company in our industry to consistently deliver products and experiences that consumers want and returns that shareholders have come to expect.”

Repurchases under VF’s new program will be made in open market or privately negotiated transactions in compliance with Securities and Exchange Commission Rule 10b-18, subject to market conditions, applicable legal requirements and other relevant factors. This share repurchase plan does not obligate VF to acquire any particular amount of common stock, and it may be suspended at any time at the company's discretion. VF had approximately 440 million shares of common stock outstanding as of Jan. 31, 2014. 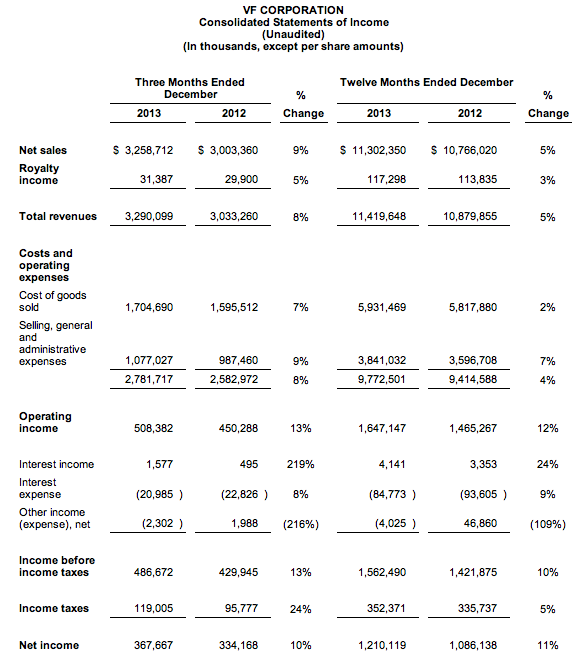 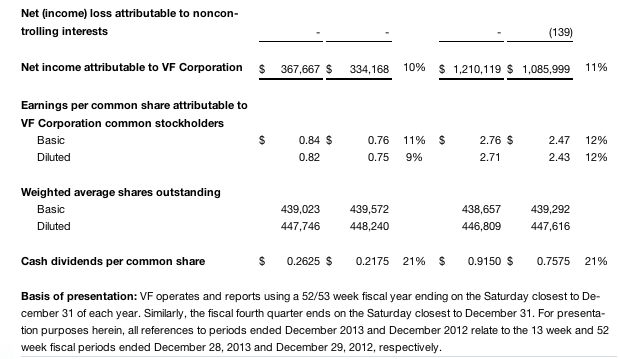 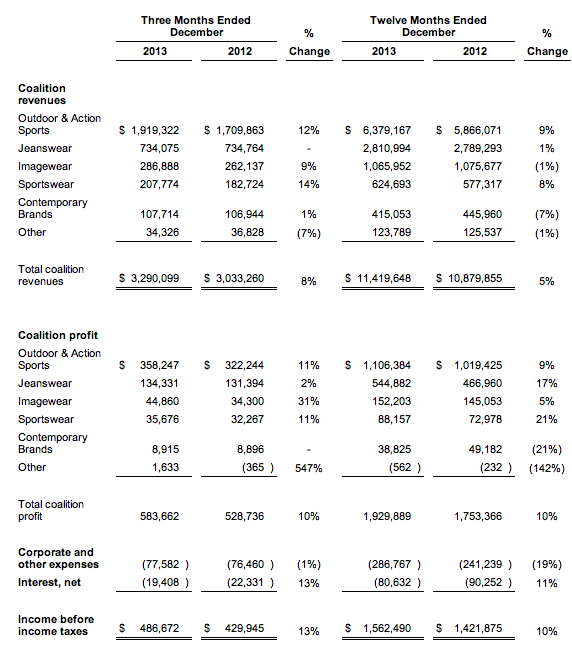 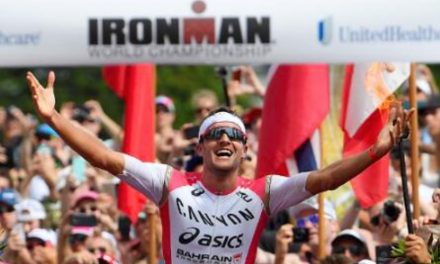