Led by double-digit growth at The North Face, Vans and Timberland, VF Corp. reported earnings rose 7.0 percent in the fourth quarter on an 8.5 percent sales gain.

Benefiting from what officials considered a “normalized” winter for a change, The North Face’s revenues rose 12 percent in the quarter but robust performance were also seen from Vans, up 14 percent; and Timberland, 12 percent.

Companywide gross margin improved 80 basis points in the quarter to 48.2 percent, reflecting the continuing shift of its mix toward higher margin businesses, including those in its Outdoor & Action Sports Coalition as well as international and DTC, as well as supply-chain efficiencies.

On a conference call with analysts, Eric Wiseman, VF’s chairman, president and CEO, noted that the quarter’s progress came “despite continuing economic challenges around the world and a highly competitive environment.” While noting that revenues ended the year “a bit shy” of internal expectations, he said both gross margin and EPS for the full year exceeded plan and management is “thrilled with the momentum we reestablished in the fourth quarter especially for The North Face, Vans and Timberland brands.”

Indeed, much of the call talked up the growth prospects for the three brands.

For 2014, the Outdoor & Action Sports Coalition overall is expected see low double-digit revenue growth, driven by gains in the mid-teen rate at Vans, 12 percent growth at The North Face, and 10 percent at Timberland. All the growth plans are in line with the compounded annual growth targets set in VF’s 2017 plan.

In the fourth quarter, revenues for the Outdoor & Action Sports Coalition climbed 12.3 percent to $1.92 billion with double-digit gains in both its wholesale and direct-to-consumer businesses. This growth was balanced between US and international markets.

Operating income for the Outdoor & Action Sports Coalition climbed 11.2 percent in the quarter to $322.2 million. Operating margin was down 10 basis points to 18.7 percent but was impacted by more than 100 basis points from the incremental marketing investments made in North Face, Vans and Timberland.

At TNF, the 12 percent gain in the quarter was driven by more than 30 percent growth in direct-to-consumer sales on “healthy comps” and a mid single-digit increase in the brand’s wholesale business. For the full year, revenues for The North Face brand grew 7 percent, establishing VF’s first $2 billion brand.

TNF’s revenues were up 10 percent in the Americas in the quarter. Sales in 2014 are expected to be up around 12 percent, closely in line with expectations globally, fueled by strength in both wholesale and D2C.

“2013 was a tremendous year of focus and execution for The North Face and honestly the brand is the strongest we have ever seen it with measurable momentum going into this year,” said Steve Rendle, group president of Outdoor & Action Sports Americas, on the call.

Asked about the benefit of the wintry conditions, Rendle admitted that “certainly weather helped” TNF’s Q4 performance but he characterized it as more of a “normalized winter” for the brand. Rendle added, “You guys might argue with me. I live out west and it has not exactly been a stellar winter.”

As usual, TNF booked 90 to 95 percent of what it expected total demand to be and the small amount of reorders helped end the year “very clean” from an inventory standpoint.

“What we saw with our retail partners, especially those that were able to monitor sell-through, was very strong sell-through at much better margins than last year and that is a very good model for us especially when our brand is outperforming our competition that puts us in a very good place,” said Rendle.

He said that given pre-books history, VF expects dealers will “book much more significantly with our brand against our initiatives based on last year's success.”

The current year will also build on several product launches, including Thermoball, which “blew away our expectations in the fourth quarter.” The insulated jacket collection will be significant expanded in Fall 2014 with a much broader offering for women.

Another highlight was FuseForm, a proprietary bonding technology that weaves two materials into a single fabric to reduce weight, simplify manufacturing and maximize breathability and durability. Two new jackets, Fuse Uno and Fuse Brigandine, won Gear Junkie and Outside magazine's gear of the show at Outdoor Retailer Winter Market.

Rendle also was enthused about the early reaction to the Mountain Athletics training apparel and footwear collection that hits stores in late February.

In the Americas, TNF will also benefit in 2014 by a “measurable acceleration in how we go to market,” including through marketing and in-store messaging. Enhancements to TNF’s website in the fourth quarter also increased conversion rates by 10 percent, contributing to its Americas e-commerce growth being up 35 percent for the year.

Internationally, sales grew 11 percent in 2013, with gains of over 20 percent in Asia and mid-single digit growth in Europe, “which outpaced our competition quite nicely,” said Karl Heinz Salzburger, VF’s group president of international. Similar overall growth is projected internationally in 2014.

Priorities in the current year for TNF internationally include retail profitability, strengthening local product efforts, enhancing relationships with wholesale accounts especially in Europe, and growth in China. China, which saw a ramp up in marketing investments in the latter part of 2013, is expected to grow at a high-teen percentage rate. A significant number of partner doors are set to open in the UK, Germany, France, Italy and Russia.

Vans’ 14 percent growth in the quarter was led by strong, double-digit growth across all geographies, as well as in the brand’s wholesale and direct-to-consumer platforms. Revenues in the Americas region were up at a low double-digit rate, which contributed to the brand surpassing the $1 billion mark in annual revenues in its largest region.

Rendle said Vans “product engine is stronger than ever,” with successes with such as OTW and 66 launches as well as its classics lines, Cali and Pro Skate. The solid launch of cold and wet weather specific footwear last fall “gives us great confidence in our ability to expand our seasonality as we grow in the East, Northeast and Midwest of the US and across all of Canada,” said Rendle.

Apparel also continues to gain further foothold for the brand, with Vans ranking as a top 10 brand in almost all men's apparel and accessory categories according to data from more than 160 US board shops. A women’s collection arrives this spring as well as a distinct summer collection in 2014.

Vans also continues to benefit from its many marketing pushes, including the Warped Tour, which celebrates its 20th year in 2014. Vans.com is also being relaunched this year, “creating a virtual homepage for Vans consumers,” said Rendle.

In Europe, the Vans brand grew 20 percent and was up nearly 20 percent in the Asia Pacific region. Revenues for the Vans brand globally for the full year were up 17 percent to reach over $1.7 billion, taking over the second spot among VF's largest brands.

Vans international sales grew 23 percent in the quarter, driven by a mid-20 percent increase in Europe and a high-teen increase in Asia. A similar growth rate overall is expected in 2014. Its first House of Vans will open in London this year. Building on its success in the UK, Heinz Salzburger said Vans is seeing “great early success in Germany, France and Italy and now are beginning to roll out activation models in Turkey and Russia.”

At Timberland, the 13 percent overall gain in the quarter was balanced between its direct-to-consumer and wholesale businesses. Full year Timberland brand revenues were up 5 percent, in line with expectations.

The Americas region grew at a high-teen rate in the quarter, driven by strong direct-to-consumer and wholesale growth rates. Full year revenues increased 10 percent, and a similar gain is predicted for Timberland in the Americas in 2014.

Rendle said Timberland benefited from the fall relaunch with its “Best Then, Better Now” global campaign, as well as innovations such as Sensura Flex anti-fatigue, waterproofing or its new L7 traction technology. The growth in the quarter came across all styles and channels, and witnessed “meaningful increases in ASPs, a significant improvement in overall brand health and improving profitability.”

The apparel relaunch last fall in North America has “seen solid sell-through in both our own stores as well as our wholesale partners,” with an acceleration set for 2014.

Timberland's International business, which represents about 60 percent of the brand's global revenues, grew 2 percent in 2013, in line with expectations. Europe was negative for the first nine months but recovered in the fourth quarter with a gain in the low-teen gain. In Asia Pacific, where the brand’s largest market is Japan, fourth quarter revenues were down modestly, but up at a high single-digit rate on a constant-dollar basis. Timberland is projected to see high-single-digit growth internationally in 2014, including similar growth in Europe and a low-teen revenue increase in Asia.

Among other coalitions, Jeanswear revenues were flat at $734.1 million in the quarter with gains for Wrangler offset by declines in Lee. Operating earnings inched ahead 2.2 percent to $134.3 million. Low-single digit revenue growth is expected in 2014.

In its Imagewear Coalition, which includes Majestic Athletic and its work uniform businesses, revenues climbed 9.4 percent in the quarter to $286.9 million, largely due to a contract that was renewed later than expected. Operating income improved 30.8 percent to $44.9 million, reflecting meaningful gross margin expansion.

Growth in the Imagewear Coalition is expected at a low-single-digit rate in 2014. Slight growth is expected from its sports licensed group. Majestic is expected gain a boost from the launch of a Majestic Player series aimed at serious players, expanding Majestic branding into NFL apparel and the launch of a new e-commerce site. Majestic also recently became the on-field uniform and fan partner for Japan’s Rakuten Golden Eagles baseball club.

In its Contemporary Brands Coalition, sales inched up 0.7 percent to $107.7 million, impacted by a challenging environment for premium denim. Operating profits were flat at $8.9 million. Mid-single-digit growth is projected for 2014. 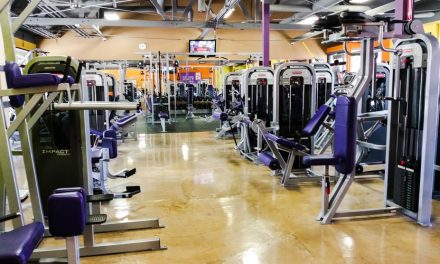 Zappos.com Signs on as Title Sponsor of San Francisco’s Bay to Breakers Race