VF Corp. (NYSE:VFC) reported that growth at its Outdoor & Action Sports and Jeanswear coalitions kept chugging along in the third quarter and is expected to continue doing so even as slowing sales at its other three coalitions prompted it to lower its full-year revenue guidance.

VFC reported revenue at its Outdoor & Action Sports coalition increased 5 percent to $2.3 billion in the quarter ended October 3, or 13 percent in currency-neutral terms. The coalition saw similar growth rates in both its wholesale and direct-to-consumer (DTC) businesses. Coalition operating income was up 3 percent (16 percent currency-neutral) to $488 million. Operating margin declined 60 basis points to 21.2 percent, due primarily to the continued strengthening of the U.S. dollar against most foreign currencies. The coalition earns roughly 40 percent of its sales outside the U.S.

By posting 33 percent year-on-year growth, SmartWool set the pace for not only the coalition, but for all of VFC, whose other coalitions include Jeanswear, Imagewear, Sportswear and Contemporary Brands. “SmartWool is one of the unsung jewels in our portfolio, and the team out in Steamboat Springs is doing great work,” said VFC Chairman and CEO Eric Wiseman.

The North Face
Third quarter currency neutral revenue for The North Face brand rose 6 percent (11.6 percent currency-neutral). Currency-neutral sales grew in the low teens in the wholesale channel and in the high single-digit range in the DTC channel. Growth was led by Thermoball products; which has expanded into men's, women's, kids and footwear with a unique color and print palette to meet what VFC President and COO Steve Rendle called “consumer demand for trend-forward three-season lightweight performance product.”  The brand’s Summit Series (elite alpine gear), Mountain Athletics, and Ultra (footwear) collections rounded out top performers during the quarter.

By region, The North Face brand’s revenue was up at a low-double-digit percentage rate in the Americas. Sales declined in the low-double-digit percentage range (up low-single-digit currency-neutral) in Europe, driven by more than a 20 percent increase in DTC and flat results in wholesale. Thermoball and Mountain Athletics and the Ultra Hedgehog performed well. Sales grew in the mid-teens in the Asia-Pacific region, driven by 20 percent growth in wholesale sales. The North Face sales remain on track to grow in the low-double-digit currency neutral revenue growth.

Vans
Revenue for the Vans brand in the third quarter was up 2 percent (up 10 percent currency neutral) including a low-teen percentage rate increase in direct-to-consumer sales and a mid-single-digit decline in wholesale sales.

Revenue in the Americas region was up at a high-single-digit percentage rate, including currency-neutral increases in the mid-teens for direct-to-consumer and in the high-single-digit range for wholesale. Growth was broad-based with momentum across all of the categories, with callouts to Sk8-Hi, and Old Skool and some iconic side stripe franchises.

“In fact, we've seen sellouts in a number of colors and styles of each,” said Rendle. “And with the colder, wetter weather on its way, our weatherized Mountain Edition footwear has seen incredibly strong growth in both the wholesale and retail channels.”

Vans and The North Face will release the Skate High Mountain Edition LX Pack on Halloween in the most technical collaboration ever undertaken by the two brands. The winter collection includes six pairs of limited-edition shoes and one jacket. The shoes use Vans reversed waffle lug outsole, the North Face's winterGRIP CosmoComfort heat retention and water-repellent uppers.

“I think SneakerFreaker.com said it best when they called it the H1 Hummer of the Sk8-Hi fleet,” Rendle quipped.

“With continued success in China, Vans is definitely in a friendly race with The North Face and Lee to become the largest VF brand in that country by the end of 2015,” said Karl Heinz Salzburger, vice president and group president of VFC International.

Vans remains on track to grow 2015 sales in by mid-teen rates in currency-neutral terms.

Timberland
Third quarter revenue for the Timberland brand was up 11 percent (21 percent currency-neutral) including mid-teen percentage growth in its wholesale business and a mid-single-digit decline in direct-to-consumer sales.

In the Americas, sales grew by more than 40 percent driven by more than 50 percent growth in the wholesale business, due to a combination of strong performance and lower third quarter revenue in 2014 due to phasing of orders. On the women's side, six-inch boots as well as the Teddy Fleece and afamilies were strong sellers. In men's, core boots and the Newmarket and Groveton families led the way. Timberland apparel also outperformed, driven by knits, wovens and outerwear.

In Europe, Timberland revenue was down at a high-single-digit percentage rate. In the men's business, the SensorFlex, Stormbuck, and Britton Hill product showed strong performance in footwear. On the women's side, the Glancy and Amston family of products both performed well.

In the Asia-Pacific region, Timberland revenue was down at a low-single-digit percentage rate. VFC continues to expect Timberland brand global revenue to increase at a low-teen percentage rate on a currency neutral basis in 2015.

While VFC still expects Outdoor & Action Sports and Jeanswear coalition revenues for the full-year to meet expectations, it lowered its overall revenue guidance for the full year to reflect weakness at its other coalitions. It attributed a revenue downgrade at its Imagewear coalition to falling sales of work wear in the oil patch. It lowered revenue guidance for the Sportswear coalition due to weakening DTC sales and lowered the growth forecasts for its Contemporary Brands coalitions due to weakness in both the DTC and wholesale channel, where department stores and fashion retailers have reported slowing sales and rising inventories.

“We saw a slowdown in consumer traffic pretty much across the board in our stores and in retail customers’ stores,” Wiseman said. “Given what we saw in the quarter we have elected to take a more cautious view on the year and we have reduced our full-year revenue guidance to 7.5 percent.”

While VFC ended the quarter with inventory up 12 percent, CFO Scott Roe explained much of the increase reflected later ship dates for cold-weather gear and the need to stock products for 147 stores the company had opened since September 2014. Checks with VFC’s key wholesale partners have not surfaced any inventory problems.

“At this point, our inventory level within our key customers across all of the businesses and channels, we don't see anything that would give us concern that we are sitting on higher-than-needed inventories to service the business,” Roe said. 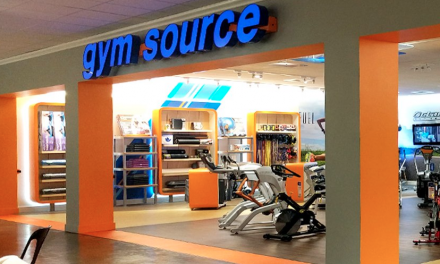