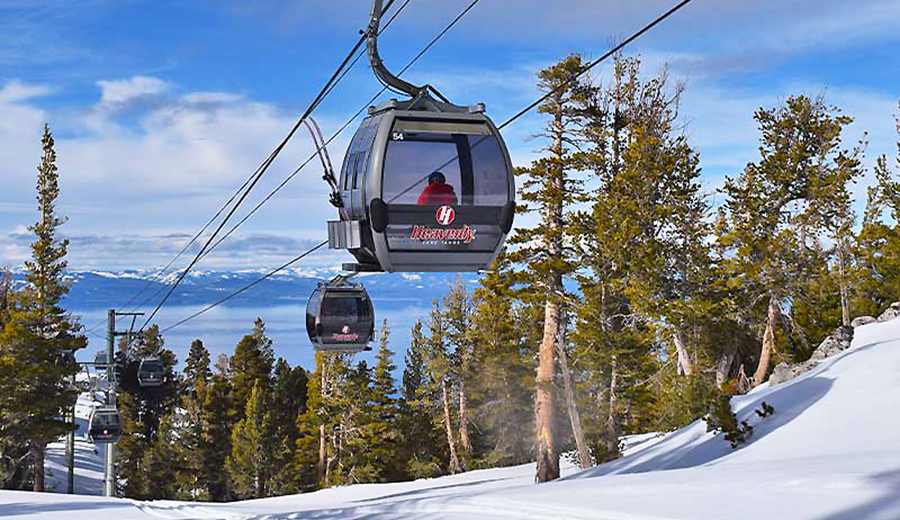 Visitation and lift revenue trends improved throughout the quarter, primarily as a result of stronger destination visitation at its Colorado and Utah resorts, including improved lift ticket purchases relative to fiscal 2021 second-quarter results. Excluding Peak Resorts, total visitation at U.S. resorts and regional ski areas for the third quarter was only down 3 percent compared to the third quarter of fiscal 2019.  Widespread resort closings in the year-ago period as the pandemic emerged distorts year-ago comparisons.

In Canada, Whistler Blackcomb’s performance continued to be negatively impacted due to the continued closure of the Canadian border to international guests, including guests from the U.S. and was further impacted by the resort closing earlier than expected on March 30, 2021 following a provincial health order issued by the government of British Columbia. Whistler

Ancillary lines of business also continued to be more significantly and negatively impacted by COVID-19 related capacity constraints and limitations, particularly in food and beverage and ski school.

Nonetheless, Resort Reported EBITDA margin for the third quarter was 52.0 percent, exceeding both the prior-year period of 43.9 percent and fiscal 2019 third quarter of 50.2 percent. Rob Katz, chief executive officer, said, “These results reflect our rigorous approach to cost management, as well as a higher proportion of lift revenue relative to ancillary lines of business compared to prior periods.”

Q3 Revenues Climb 28 Percent
In the quarter, net revenue increased 28.1 percent to $889.1 million year-over-year. The prior-year period was impacted by the early closure of North American destination mountain resorts and regional ski areas on March 15, 2020 due to the outbreak of COVID-19

Resort Reported EBITDA improved 51.8 percent to $462.2 million. The prior-year period was primarily impacted by resort closures, which included the resulting deferral of approximately $120.9 million of pass product revenue and $2.9 million of related deferred costs from Q320 to Q321 as a result of pass holder credits offered to 2019/20 North American pass product holders.

In the Mountain Segment, total lift revenue jumped 54.1 percent to $577.7 million. The gains were due to strong North American pass sales growth for the 2020/21 ski season, including the deferral impact of the pass-holder credits due to the resort closures, as well as improved non-pass visitation due to resorts operating for the full U.S. ski season in the current year, with particularly strong demand at the Colorado and Utah resorts.

Operating expense in the Mountain Segment increased 11.5 percent as the costs of staying open for the full U.S. ski season were partially offset by cost discipline efforts in the current year associated with reduced levels of operations and restrictions. Mountain Reported EBITDA climbed 51.9 percent. to $458 million.

Encouraging Trend In Pass Product Sales
Pass product sales through June 1 for the upcoming 2021/22 North American ski season increased significantly year-over-year due to the lack of any spring sales deadlines in 2020 as a result of COVID-19.

The gains were driven in part by the 20 percent reduction in all pass prices for the upcoming season.

Katz said, “We saw very strong unit growth with our renewing pass holders and even stronger unit growth in new pass holders, which include guests in our database who previously purchased lift tickets or passes but did not buy a pass in the previous season and guests who are completely new to our database.”

The strongest unit growth was seen in its destination markets, particularly in the Northeast, as well as very strong growth across local markets. Compared to the period ended June 4, 2019, effective pass price decreased 10 percent, as compared to the 20 percent price decrease implemented this year.

Katz said, “We believe this highlights how our lower pricing has increased the propensity of pass holders to spend a portion of the new discount to purchase higher valued pass products. The pass results to date exceeded our original expectations for the impact of the 20 percent price reduction; however, we still have the majority of our pass selling season ahead of us and it is not yet clear if these trends will continue through the fall.”

Epic Australia Pass, which end on June 15, was up approximately 43 percent in units through June 1 against year-ago levels. The performance represents significant growth following the acquisition of Falls Creek and Hotham in April 2019. Given the recent COVID-19 related lockdowns in Victoria, Australia, any impacts on Epic Australia pass sales are being monitored.

Vail Resorts provided guidance for the full year for the first time since the pandemic arrived. The outlook for its year ended July 31 calls for: