Under Armour’s Turnaround Encounters Some Turbulence 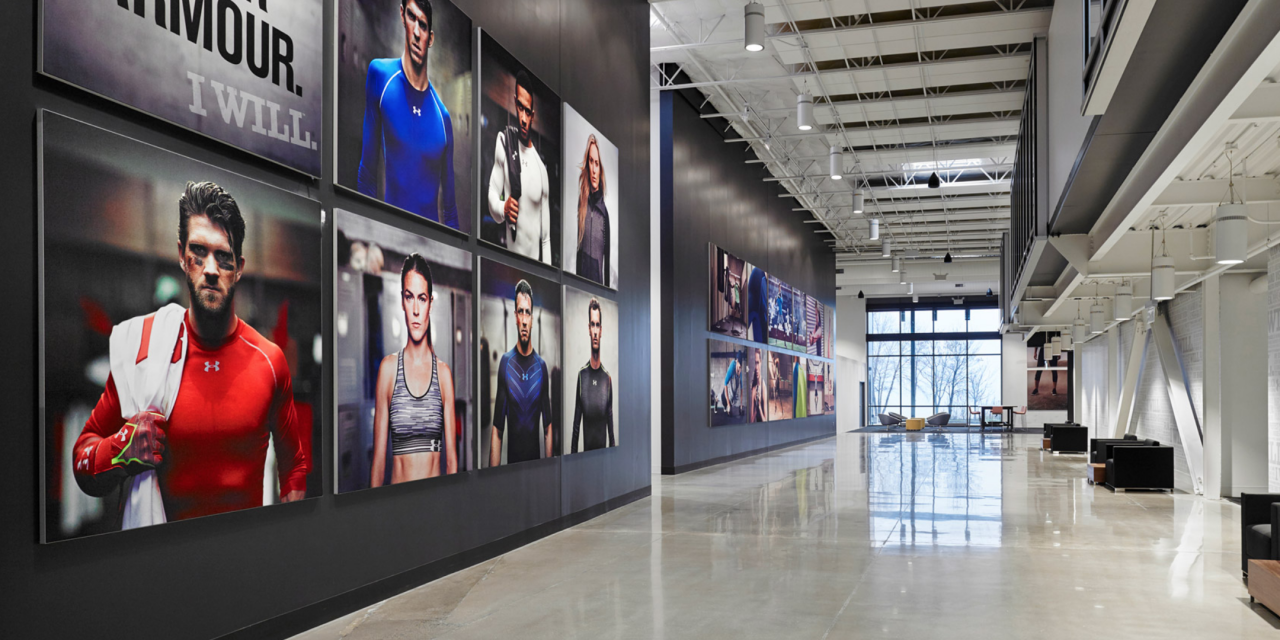 Shares of Under Armour Inc. were trading down about 17 percent in mid-day trading Tuesday after the company guided its 2020 outlook well below Wall Street targets with no recovery now expected for North America. UA officials also said it was considering additional restructuring activities that would include abandoning its Fifth Avenue flagship in New York City.

The updated guidance was provided as Under Armour posted a fourth-quarter loss and sales that came in below Wall Street’s targets.

“I’m not satisfied with where we are today,” said Patrik Frisk in his first quarterly conference call with analysts since taking over as CEO from Founder Kevin Plank.

Frisk noted that the company’s transformation efforts over the last years has resulted in “significant operational progress” for the company, including better systems, structure and processes, as well as a “considerably stronger” balance sheet and the ability to generate cash.

“As a brand, however, we see a paradox of two challenges in front of us,” added Frisk. “Continued softer demand in North America, as we work through our elevated inventory and multiple years of discounting, and a highly committed cost structure which is taking longer to unpack and is limiting us from being able to spend as aggressively as we would like to increase brand consideration.”

Frisk stressed that the company has no plans to shift away from its recently restated focus on “athletic performance.” The positioning is underscored by the brand’s vision “to inspire you with performance solutions you never knew you needed and can’t imagine living without.”

He elaborated, “There are those who believe we are focused on athletic performance may currently be too narrow. We disagree. In fact, we see an even greater opportunity to drive harder towards our vision and mission. Of course, being an athletic performance requires us to make innovative highly-functional product, but it must also be great looking and on-trend, like our design team says, without beauty, there is no performance.”

Looking ahead, however, he warned that the coronavirus outbreak in China would significantly impact first-quarter results and may bring significant supply chain challenges for the full-year if not contained. He also said the payback from Under Armour’s transformation efforts, particularly reigniting demand for the brand in North America, is not arriving as fast as expected. Frisk said, “To thoroughly execute a strategic operational and cultural transformation of this magnitude takes time and quite simply, the realization of milestones and progress within certain areas of our business is taking longer than we anticipated.”

Unexpected Loss In Fourth Quarter
In the quarter ended December 31, the net loss came to $15 million or 3 cents per share, against earnings of $4.2 million, or 1 cent, a year ago. Wall Street’s consensus estimate had been 10 cents.

Sales rose 3.7 percent to $1.44 billion, short of Wall Street’s consensus target of $1.46 billion. On a currency-neutral basis, sales were up 4.1 percent.

Operating income came to $65.3 million against an operating loss of $17.5 million after restructuring charges a year ago.

By category, footwear saw the strongest growth, climbing 10.3 percent to $259.3 million. The footwear gains were driven by team sports and running categories and improved service levels. Apparel revenues inched up 0.2 percent to $970.3 million and accessories added 1.6 percent to $109.9 million.

North America Q4 Sales Climb 1.9 Percent
All regions showed gains and all showed improved profitability in the quarter except for EMEA.

In North America, sales grew 1.9 percent to $983.0 million and also advanced 1.9 percent on a currency-neutral basis. Operating profits improved 7.1 percent to $196.7 million. The sales gain was driven by its licensing and wholesale channels. Improving service levels enabled the company to meet demand earlier, providing an incremental benefit to wholesale revenues. This growth was tempered by planned lower sales to the off-price channel.

Overall international growth was ahead 6.6 percent on a reported basis and 8.0 percent on a currency-neutral basis.

In the EMEA region, revenues rose 2.2 percent to $180.7 million and increased 3.5 percent on a currency-neutral basis. Operating profits were down 27.4 percent to $9.0 million. The sales gain was driven by growth in DTC. As stated in the third-quarter conference call, some shipments in the region originally planned in the fourth quarter were shifted to the third quarter in anticipation of Brexit.

Asia-Pacific revenues climbed 9.8 percent in the quarter to $183.0 million and increased 11.1 percent on a currency-neutral basis. Operating income increased 9.8 percent to $23.5 million. The sales increased were due to growth in wholesale and DTC. Similar to North America, improved service levels supported wholesale growth. DTC was slightly below expectations due to the softer-than-expected sales through key e-commerce moments, including 1111 and 1212.

In the Latin America region, sales ran up 11.9 percent to $55.0 million and jumped 13.8 percent on a currency-neutral basis. The region posted operating earnings of $857,000 against a loss of $6.5 million a year ago. The sales gains were driven by growth in wholesale and DTC. The period marked the first quarter since the full-year lapping of its Brazilian business model change, effective October 2018.

Coronavirus Outbreak Expected To Impact First Quarter
Looking ahead, Frisk said almost 600 branded Under Armour doors are currently closed in China due to the Coronavirus outbreak. As a result, revenues in the APAC region are expected to be impacted by $50 to $60 million in the first quarter.ull-year, Under Armour earned $92.1 million, or 20 cents

He added that with the situation featuring “several unknowns,” the company’s outlook doesn’t include further disruptions should the outbreak not be contained soon. Factory closures, challenges attaining materials, shipment delays and the continuing impact on consumption were all cited as risks.

Said Frisk, “Given the ongoing uncertainty, it is possible that this situation could have a significant material impact both financially and operationally on our full year, including the potential for additional top line contraction for Under Armour.”

Overall, Frisk said the company expects sales to be down at a low-single digit rate, lower than planned. The company may also have to re-access its long-term financial targets from its Investor Day in 2018 due to the shortfall as well as the uncertainty in China.

On the positive side, international sales are projected to be up at a low double-digit rate in 2020 with each region growing at a double-digit pace for the year.

In Asia Pacific, bigger investments are planned in digital and marketing to increase brand awareness and consumer engagement. More than 900 Under Armour locations are now open across the region and management sees opportunities to add more.

In the EMEA region, revenue growth is expected to accelerate this year due to efforts to more cleanly manage the marketplace that are yielding stronger bookings among key wholesale partners. Expanding DTC also remains a priority. An encouraging sign for the overall business, according to Frisk, was that that EMEA’s e-commerce business saw “very few promotions” last year and it didn’t impact results. He said, “We continue to get smarter about volumetric impacts, price sensitivity and overall brand validation to drive consumer engagement.”

In Latin America, the focus remains on amplifying the footwear opportunity and a focus on premium distribution.

North America Shortfall Tied To Full-Price Retailing
On North America, however, a mid to high-single-digit percentage decline is expected in 2020. Revenues had been predicted to stabilize in 2019 with a pivot back to growth in 2020. Said Frisk, “Operationally, we continue to make positive strides managing the marketplace and driving better operational discipline. However, a combination of demand challenges and distribution dynamics is materially impacting our business. These issues are most evident in our full-price wholesale and e-commerce businesses.”

Regarding the wholesale business, Frisk said the planned reduction in sales to the off-price channel from its peak in 2018 is on track but will continue to impact 2020 comparisons.

Enhancements in service levels, on-time delivery, segmentation and marketing support have been orchestrated to revive full-price wholesale revenues, but the rate of recovery in shelf space “is not happening as quickly as we had expected,” Frisk added.

Frisks said it also takes a “strong brand” to win back shelf space and is hopeful that revived marketing efforts marked by the global launch of “The Only Way Is Through” campaign will spur demand. Said Frisk, ‘We see this platform as a key initiative to improve brand health and drive consideration for purchase and are excited to continue to build off this space as we get deeper into 2020.”

For the first half, wholesale orders have come in lower than expected. Frisk said the company believes that’s a reflection of tempered demand against last year’s spring/summer season. For the second half, third-quarter bookings are trending flat and fourth-quarter bookings have only started.

Regarding DTC in North America, the company’s Brand House stores remain a small part of the business and continue to support the business. Factory House represents 90 percent of its store count in North America and has played a pivotal role in realigning inventories over the last few years. Said Frisk, “We’re seeing steadiness across this business with more balanced capacity, increasing better in-stocks and improving operations. And while difficult traffic conditions continue to persist, we’re expecting our Factory House business to end the year relatively in line, if not a little better, than 2019 results.”

E-commerce is “meaningfully behind” projections. Frisk believes prior promotional activity has impacted consumers’ willingness to pay full price for the brand to a higher degree than originally anticipated. Higher AURs (average unit retail) are being offset by lower volumes. A CRM program is also being utilized to drive higher engagement, frequency and repetition online. An enhanced e-commerce site will be introduced in North America this summer. Under Armour is also planning to reduce promotional activity across the DTC business in the second half in a move that will likely impact sales but the company sees as “the appropriate strategy to enhance our premium positioning with North American consumers.”

“To close out,” Frisk concluded in his formal remarks. “I’d reiterate again, that we are not satisfied with where we’re at today. While we made significant improvements as a company, overall, there’s more work to do. Given the challenges ahead, Kevin, our board and the entire global management team are aligned and confident that our transformation will continue to support our ability to execute against our long term strategy and realize underarms full potential.

Key points related to Under Armour’s full-year 2020 outlook include: