Under Armour’s Share Climb On Sales Beat, Signs Of Stability 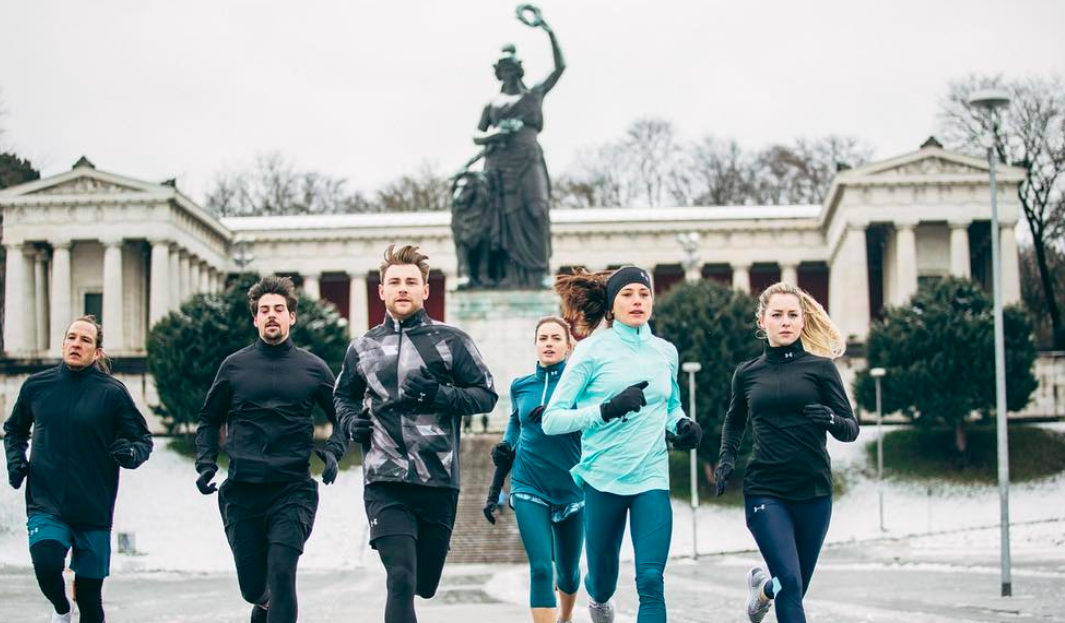 While reporting a fourth-quarter loss and a significant expansion of its restructuring program, shares of Under Armour climbed $2.49, or 17.5 percent, on Tuesday to $16.72 as sales came in above guidance with the help of momentum internationally and the overall business showed some signs of stabilizing.

“To finish out the year in line with the outlook we provided in October should be taken as an indicator there are actions that we’re going to take hold and our efforts of putting the brand in a much healthier position to move forward,” said Kevin Plank, CEO, on a conference call with analysts.

In the fourth quarter, revenues rose 4.6 percent to $1.37 billion and grew 4 percent on a currency-neutral basis. Wall Street’s consensus estimate had been $1.36 billion.

Direct-to-consumer (DTC) revenue was up 11 percent to $575 million, driven by continued strong results in its international businesses. DTC represented 42 percent of global revenue in the quarter.

Consistent with previous expectations, North America’s sales were down 4.5 percent to $1.02 billion and dropped 4.8 percent on a currency-neutral basis. Operating earnings in the North America segment showed a loss of $43.9 million against earnings or $157.3 million.

International continued to see strong momentum, posting a 47 percent increase in revenue to reach $317 million, or 23 percent of total revenue in the quarter. On a currency-neutral basis, international revenue was up 43 percent.

In the EMEA region, sales in the quarter jumped 45.5 percent to $135.3 million and increased 37.0 percent on a currency-neutral basis. The gains were driven by growth across its wholesale and DTC channels. Operating income rose 29.8 percent to $4.0 million. One highlight for the region was the opening of its first brand house in Europe, in Amsterdam.

Latin America revenues grew 36.0 percent to $58.0 million and added 33.8 percent on a constant-currency basis. The increases were led by balanced growth in DTC and wholesale across the key markets of Mexico, Brazil and Chile as well as the brand’s recent entrance into Argentina. Operating losses grew to $10.9 million from $6.1 million.

Among product categories, apparel grew 2.5 percent to $951.7 million as growth in men’s training and global football was tempered by declines in the team sports and outdoor categories.

Footwear climbed 9.5 percent to $246.2 million, driven by strength in running, offset by team sports and basketball. Accessories advanced 6.1 percent to $110.7 million and was led by men’s training and running.

Gross margin declined 150 basis points to 43.2 percent as benefits from changes in foreign currency rates and product costs were more than offset by pricing and other inventory management initiatives, and channel mix. Excluding a $1 million impact from inventory impacts, adjusted gross margin would have been 43.3 percent.

SG&A expenses increased 40.7 percent to $591 million, or 43.3 percent of revenue, primarily due to third to fourth quarter timing shifts in marketing execution and lower incentive compensation in the prior period, as well as continued investments in the DTC, footwear and international businesses.

The operating loss came to $37 million after restructuring and impairment charges of $36 million. The adjusted operating income was $0 million.

The net loss came to $88 million, or 20 cents a share, in the quarter. Excluding both a one-time charge related to the U.S. Tax Act, and the impact of the restructuring plan, adjusted net loss was $1 million, or break even, in line with Wall Street’s consensus target.

For the year, Plank said results were “fairly in line if not a little better than the outlook” given last October.

Revenue were up 3.1 percent to $4.98 billion. Wholesale business was down 3 percent and DTC revenue was up 14 percent driven by low double-digit growth in its own stores and a high-teen increase in e-commerce. In total, DTC represented 35 percent of its global revenue for the full year.

By region as expected, North American revenue was down 5 percent in the year and international was up 46 percent driven by continued strong growth in EMEA, Asia Pacific and Latin America.

By product type, full year results for apparel, footwear and accessories were also in line with its outlook, up 2 percent, 3 percent and 10 percent respectively.

Full year gross margin was down a 140 basis points to 45 percent, a decline due primarily to inventory management initiative and heavily promotional environment seen in North America throughout much of the year.

SG&A was up 14 percent, which was 41.9 percent of total revenue. Said Plank, “The fact that there is a four in front of this ratio is unacceptable to us and we are working to address it as quickly, efficiently and as brand right as possible.”

He noted that the 14 percent increase comes after being up 22 percent in 2016, and an expectation that SG&A will be up at a mid-single digit rate in 2018. Plank added, “In short, it’s very difficult to unpack five years of investing to scale in just five quarters. But, we are completely committed to improving this ratio toward industry best practices.”

Plank also noted the company last October announced a $140 million to $150 million restructuring plan intended to help better align resources against its biggest long-term growth drivers. For the full year, $129 million of pre-tax charges were taken under that plan.

On an adjusted basis, operating income for the year was $157 million and net income was $87 million, or 19 cents a share. Adjusted net earnings excludes both the fourth quarter one-time charge related to the U.S. Tax Act, and the impact of the restructuring plan.

For the current year, the company will absorb additional restructuring charges in the range of $110 million to $130 million.

On the call, David Bergman, CFO, noted that that as the company was tackling its restructuring activities over the last year, it “uncovered additional opportunities to more closely align our financial resources to drive operational discipline and effectiveness.”

“In 2017, we made several strategic decisions to drive toward a more efficient and effectively operated company,” said Bergman. “We are proud of the work we have done thus far and we use 2018 to further drive efficiencies and streamline our business to become more profitable.”

Based on the restructuring efforts in 2017 and 2018, Under Armour anticipates a minimum of $75 million in savings annually as it moves into 2019 and beyond.

On the call, Patrik Frisk, president and COO, highlighted the progress the company is making with its transformation plan, which has three main objectives: “put the consumer first, simplify our operations and drive sustainable profitable growth.”

As part of those efforts, Under Armour finished a global segmentation study targeting more than 20,000 consumers and plans to use the data and analytics overall to better inform its decisions on where to invest. Frisk said, “Playing the central part of the strategic planning process, this enables us to refine our positioning, prioritize product, pricing and segmentation and ultimately unlock additional value drivers and growth levers.”

In seeking to simplifying operations, Frisk said “tough decisions” have already been made internally with a goal of positioning the company to target areas with “the largest opportunity for growth and profitable returns.

On the category side, Under Armour will be placing a greater emphasis on men’s training, running and women’s training, its largest market opportunities and most consistent growth areas. Frisk added, “It’s also about being a product machine and turning out consistent innovation to delight the consumer from sketch materials and production to discovery purchase and the entire lifecycle of the product.”

In North America, the focus will be on “better segmentation, aligning inventory to ensure brand health and continuing to evolve our distribution relative to the quickly changing market.”

Internationally, continuing to build its footprint and leverage past investments to improve profitability will be a priority.

To support speed to market, Under Armour is working on developing go-to-market calendar on a quarterly rather than a bi-annual basis. Narrowing down its mix closer to optimal sellers, the brand also expects to reduce its SKUs by 30 percent to 40 percent by 2019 versus its 2017 assortment.

Optimizing its marketing spend impact and supporting a continued flow of digital outreach are also goals. Said Frisk, “By putting the consumer at the core of everything we do, having a more frequent innovation cycle, increasing our speed to market, executing holistic launches and better segmenting our product at the channel and store level, we’re setting out to be a loud brand and operationally disciplined company in 2018 and beyond.”

Plank discussed the brand’s long-term strategy that’s built around four foundational pillars that have long driven the company but are also facing adjustments.

On the product side, Under Armour has moved to a category management structure to “ensure that our understanding of athlete needs is central to everything that we do.” Much of that process began at the first half of last year, and with the 12 to 18-month lead time, some successes have already been seen with its ColdGear Reactor and Unstoppable apparel collections.

A second focus will be on delivering relevant stories around its products and connecting through social platforms. Said Plank, “In 2017, we were a loud company and quiet brand. In 2018, our plan is to be a quiet company and a loud brand.”

An example is the launch of the Hovr cushioning platform, which was the “largest and most comprehensive campaign that we’ve ever done on a global basis, and this is just the beginning of some of the amplified story telling you’ll hear from us in 2018.”

A third priority is focusing on service, particularly the core athlete it’s long targeted. Said Plank, “I believe that our perceived short-term weakness, our focus on athletic performance, will ultimately prove to be our greatest long-term strength. Our product must of course drive style, but we will continue to invest in being an authentic athletic performance brand, that’s us.”

Finally, Plank said the focus is on its own employee, noting that “It’s been a tough year in this team; our team is resilient and ready to win.”

Plank said Under Armour is “anticipating more stable operating environment” for the company following a number of challenges in the marketplace over the last two years, marked by consolidation in the sports channel. But he also indicated that management’s efforts to “transform ourselves into an operationally disciplined organization” remain a work in progress.

“In summary, we see you and we hear you, know that we’re heads down stabilizing, prioritizing, executing, making measured incremental progress for the company we know we can be,” said Plank. “It takes time which can certainly be challenging on both sides externally and internally. Yet we have the patience, plan and fortitude to see this through methodically and successfully.”