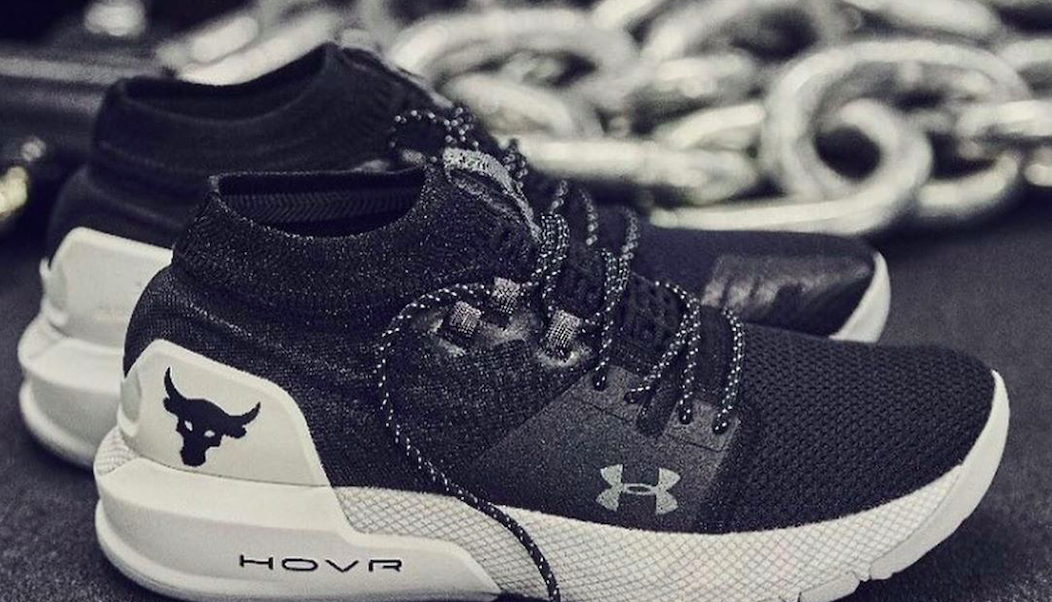 Under Armour Inc. reported third-quarter earnings that exceeded expectations but shares fell about 19 percent on Monday as the company reduced FY19 revenue guidance and confirmed that it has been under federal investigation for its accounting practices since July 2017.

The brunt of the stock hit was attributed to the accounting probe that was widely covered in the business media.

Following a report in the Wall Street Journal, the company acknowledged in a statement Sunday that it is facing probes from both the US Department of Justice and the US Securities and Exchange Commission.

The timing of the investigation in 2017 raised some questions, including why Under Armour waited so long to tell shareholders. On Monday, a number of law firms issued releases seeking out shareholders that might be interested in exploring their legal rights.

Around 2017 was also when Under Armour’s streak of more than 20 consecutive quarters of sales growth topping 20 percent ended and the company went into a sales slump. A number of executive moves have also been made that some reports speculated might have been tied to the investigation.

On January 31, 2017, after missing sales expectations during the holiday quarter, Under Armour’s then-finance chief, Chip Molloy, left the company only after about a year on the job, citing “personal reasons.” Brad Dickerson had previously been CFO, from 2008 to February 2016, leaving to run Blue Apron.

David Bergman, who had been holding various other finance roles, was named permanent CFO in December 2017, taking over for Molloy.

The probe also became public after Under Armour on October 22 surprisingly announced that CEO and founder Kevin Plank will step aside from the CEO role on January 1, to be succeeded by COO Patrik Frisk. Plank is expected to transition to executive chairman and brand chief.

On its third-quarter conference call Monday, Under Armour officials offered brief comments on the investigation, noting that the company traditionally doesn’t comment on regulatory or litigation matters.

“We have been fully cooperating with these inquiries for nearly two and a half years,” Bergman said. “We firmly believe that our accounting practices and disclosures were appropriate.”

Further asked about the investigation in the Q&A session, Bergman said the company was “prohibited” from providing greater detail. He added, “That said, the most important message, I think, to convey is that we firmly believe that our past accounting practices and disclosures were entirely appropriate and we’ve been fully cooperating for the past two-and-a-half years on this. So, now, we’re focused on 2020 and beyond. We feel like our foundation is strong and we’re looking forward to reigniting the Under Armour brand as we continue into the next chapter. And we’ll leave it at that for now.”

The quarter’s performance again showed progress with quarterly earnings and sales that topped analysts’ estimates. The company also said it now expects earnings to reach the high end of its previous range.

Sales guidance for the year, however, is now only expected to be up about 2 percent versus the previously expected range of 3 to 4 percent.

The lower guidance was attributed to lower-than-planned excess inventory to service the off-price channel due to success the company is having selling through merchandise. Continued negative impacts from changes in foreign currency also played a role in the reduced guidance. More worrisome was that the guidance reduction reflected ongoing traffic and conversion challenges in direct to consumer (DTC).

In the quarter ended September 30, sales eased 0.9 percent to $1.43 billion and were flat on the currency-neutral basis. Results topped analysts’ consensus target of $1.41 billion.

Net income was $102 million, or 23 cents per share, easily ahead of Wall Street’s consensus target of 18 cents. Year-ago earnings of $75.3 million, or 17 cents a share, included $18.6 million in restructuring charges.

“Independent from general traffic challenges in North American outlets, our full price stores are showing encouraging signs from some of the reset work that we’re doing, including new brand house concepts that have recently launched,” said Frisk. “For the full year, we now expect DTC to be up slightly.”

Licensing was down 6 percent to $30 million, a result driven by softer demand from its partners in North America.

North America revenue decreased 4 percent to $1.0 billion, in line with the outlook provided on its second-quarter call. The primary negative impact in the quarter was again driven by planned lower sales to the off-price channel. Said Frisk, “On a positive note, within our wholesale business, excluding sales to the off-price channel, year-to-date, we’ve seen a slight increase in full price revenue, a good sign that the underlying business is trending healthier.”

Frisk said Asia-Pacific was driven by continued growth in its DTC channel from both new door openings and e-commerce. Said Frisk, “As we laid out in our last call, improved service levels across our international business, particularly with distributors, have seen shipments distributed differently in 2019, with increased amounts in this year’s second and fourth quarters. Additionally, compared to 2018, new store openings are more heavily weighted toward the fourth quarter. Certainly, a little bit lumpy, but in line with expectations.”

The EMEA region was led by continued growth in its wholesale and DTC businesses. Within wholesale, results were positively impacted by improved service levels and earlier-than-planned shipments related to Brexit. Latin America’s decline was related to the change in its Brazilian business model.

Frisk said the footwear slide was slightly lower than planned. The decline related to softer demand, lower sales to the off-price channel and improving service levels that are enabling Under Armour to meet customer demand in a timely manner. The service levels changes related to an increased amount of footwear shipments arriving in this year’s second quarter compared to 2018.

Said Frisk, “As we think about our opportunity in footwear, our expectations have not changed. We’re playing the long game and the work we’ve done to recalibrate the business, reduce inefficient volume and improving segmentation across price points are enabling us to drive greater focus on prioritization into the categories where we believe we can win. With a clear innovation pipeline delivered through a methodical launch cadence, along with an aligned go-to-market process that includes amplified marketing initiatives, we are confident in our ability to create a sustainable runway of growth moving forward.”

Connected Fitness business was up 22 percent to $39 million, primarily driven by higher subscription revenues and a one-time development fee from a partner.

On a year-to-date basis, apparel and footwear revenue were relatively flat and accessories was down approximately 3 percent compared to 2018.

SG&A expenses increased 4 percent to $551 million, or 38.5 percent of revenue. The cost performance was better than expected due to continued cost management efforts as well as unrealized marketing spend that will be utilized in the fourth quarter, coupled with lower-than-planned depreciation from timing of store openings and capital expenditures.

Operating income was $139 million, up from $119.0 million. Excluding the year-ago restructuring charge, operating profits were up slightly from $137.6 million a year ago.

Inventory decreased 23 percent to $907 million, well ahead of expectations. Frisk said the improvement reflects “improving service levels and much tighter buys to customer demand, coupled with product selling through at a rate higher than we had anticipated means we’ve had lower returns and, therefore, don’t have as much excess product to sell in the off-price channel.”

On the pending CEO changeover, Plank praised Frisk for guiding the company’s three-year transformation. Plank said, “His demonstrative, transparent style of leadership, centered around a clear strategic vision, unparalleled discipline and an outright passion for our brand, positions us smartly to reach our goal of making Under Armour the best athletic brand in the world.”

Frisk said on his pending promotion, “Both professionally and personally, it’s a perfect opportunity for me to blend more than 30 years’ industry experience with my lifelong love of sport and human performance. We are truly just getting started.”

He also stressed the transformation is slowly paying off. Frisk said, “I’m pleased with the progress we’re making. And although we may see some puts and takes in the short term, there is no departure from my confidence in delivering on our long-term plan.”

Under Armour’s updated guidance for 2019 includes:

In a note, Stifle’s Jim Duffy wrote that he is still “generally encouraged” by Under Armour’s fundamental indicators and viewed the stock decline as an opportunity for long-term investors.

Duffy wrote, “Stubbornly sluggish DTC trends are discouraging but quality of revenue continues to improve creating a foundation for healthy growth and margin improvement in coming years. The outsized share price reaction, in part, reflects uncertainty from press coverage of an accounting investigation. If the inquiry focus is just revenue timing between quarters in 2017 or earlier, we don’t see this as long-term impactful to valuation consideration for the stock.”

Duffy reaffirmed his “Buy” rating, revised his price target to $27 from $30 , and slightly lowered his revenue and EPS expectations.

Susan Anderson at B Riley FBR wrote that the updated topline guidance, albeit reduced, continues to imply a strong 6 percent growth in the fourth quarter. Management noted that pulled-forward spring orders and a settlement payment from a licensee will drive the growth, but she believes it will be difficult to meet this guidance given the company’s lack of premium positioning and strategic moves away from the off-price channel

She further said Under Armour is relying on the international channel to make up the difference but that “looks more challenging” given slowing international sales in Q3. Anderson wrote, “We remain skeptical on FY and longer term sales goals as we see resistance among customers to full-price purchases at the brand. Given the lowered top line guide, checks showing lack of space gains at wholesale, declining DTC, slowing international,and lackluster footwear, we remain skeptical a top line inflection will occur in the near term and we reiterate our Sell rating and $12 price target.”

Sam Poser likewise reiterated his sell rating with a $14 target price. He wrote in a note, “UAA continues to struggle to right the ship in North America, as new product fails to impress, and increased marketing will not make that product better. The 3Q19 beat was offset by a reduction in FY19 revenue guidance, and the recent discovery that UAA has been under federal investigation for its accounting/revenue recognition practices since July 2017. Failure of management, on the earnings call, to address why the investigation was not disclosed prior to last night is disconcerting.”

Oakley in Partnership Agreement with Ducati

Ski Resorts Business Down through Jan. 31