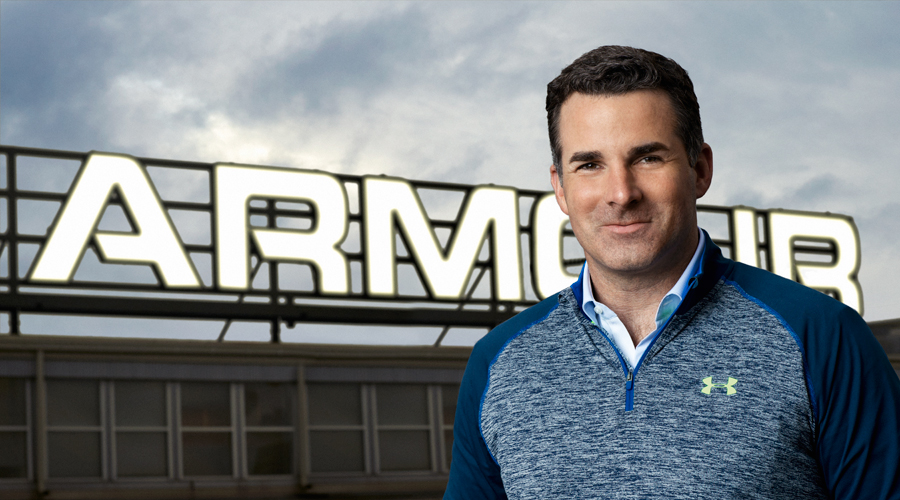 At its Investor Day Wednesday in Baltimore, Under Armour officials touted early paybacks in its Transformation efforts and the brand’s ability to tap into a Focused Performer consumer that globally commands $92 billion in revenue potential. But shares of Under Armour fell sharply on the day as Under Armour forecast only modest growth in the years ahead, including little pickup in North America.

For 2019, sales are expected to expand 3 to 4 percent as gains overseas offset flat sales in North America.

Global revenue is expected to return to a low double-digit growth rate in 2023, but overall Under Armour expects to show a mid to high single-digit five-year compounded annual growth rate (CAGR) from through 2023.

Growth is expected to end up being up low to mid-single digits on average during the 2017 to 2019 ”Protect This House” phase, then improve to mid-to-high single digit growth as Under Armour moves into its “Perform With Balance” stage over 2020 to 2022 before accelerating to double-digit growth in 2023.

The gains are expected to be driven primarily by the company’s International and Direct-to-Consumer businesses.

Gross margin is expected to increase 275 to 300 basis points over the next five years, reaching at least 48.0 percent in 2023. Higher growth in the comparatively lower-margin footwear category and higher labor and law materials costs is expected to be offset by growth in DTC and the APAC region, efforts in the supply chain to optimize sourcing costs and the benefit from SKU reduction, and price optimization efforts.

Restructuring efforts are expected to amount to $350 million over 2017 and  2018 with expected average annual savings over 2019 to 2023 in the amount of $200 million. Of the annual $200 million in savings, $50 million will be reinvested in marketing and $75 million in other SG&A with $75 million contributing to SG&A leverage.

SG&A is expected to be reduced 400 to 450 basis points to a target of 38 percent of sales by 2023. Savings in headcount, depreciation and other SG&A is expected to offset investments in its 5th Avenue flagship and international third-party logistics.

In North America, Under Armour sees a $29 billion opportunity addressable market to address the brand’s “Focused Performer” target, a group of young, diverse and active consumers.

In the region, officials see an opportunity to grow its footwear and women’s businesses, expand DTC, and further explore the lifestyle opportunity.

Growth in the region is being impacted by a contraction in the sporting goods sector as well as growth in e-commerce pure-plays. The focus is expected to to be to stabilize and right-size inventory, define clear points of differentiation and focus on premium distribution, including strategic wholesale accounts and DTC.

By product type, the highest growth in the North America region is expected in Footwear, running up with a five-year CAGR of 3 to 5 percent. Both Apparel and Accessories are expected to be flat or grow at a 2 percent clip on average over the next five years. Footwear is expected to reach 22 percent of sales by 2023, up from 21 percent in 2018. Apparel is expected to remain at 71 percent

The highest growth among regions is Asia Pacific. Sales are expected to grow at a CAGR in the mid-30 percent from 2017 to 2019, then moderate slightly to a mid-20 percent CAGR from 2020 to 2022 and stay at the mid-20 percent rate in 2023. The region has a potential $32 billion addressable market of Under Armour’s target Focused Performer.

Growth is expected to be driven by the focus on the Focused Performer in the region and the subsequent halo effect on Sportstyle offerings; wider and deeper channel penetration; and adjacent market and category expansion.

Latin America is expected to deliver low-double digit revenue growth over the next five years and has $9 billion addressable market with the Focused Performer. The focus will be on key markets, investments in retail expansion and leveraging digital as its fastest growth channel.

Under Armour Chairman and CEO Kevin Plank and Patrik Frisk, president and COO, joined 11 other senior executives in detailing the company’s new 5-year plan that is architected around two strategic priorities: Protect This House and Perform With Balance.

Serving as a foundation to its five-year strategy are the following core elements:

“Under Armour is designed for resilience and over the past two years, our global team has worked tirelessly to transform our business – operationally, strategically and culturally,” said Under Armour Chairman and CEO Kevin Plank. “With a distinct strategy engineered around a clear, uniquely defined consumer supported by a disciplined go-to-market process and data-driven demand mapping, we have never been more inspired, aligned and capable of achieving our goals.”

“As we execute against our long-term strategy, we remain unwavering in our commitment to protecting and growing the Under Armour brand,” Plank continued. “Led by a strong management team, an accelerated innovation agenda and comprehensive discipline around our commitment to increasing total shareholder return, we look forward to delivering the next chapter in our growth story.”

At the meeting, the company provided the following updates to its previous annual outlook, which was issued October 30:

In addition to updating its 2018 full year outlook that was provided on its October 30 earnings call, the company presented an initial outlook for the full year 2019: