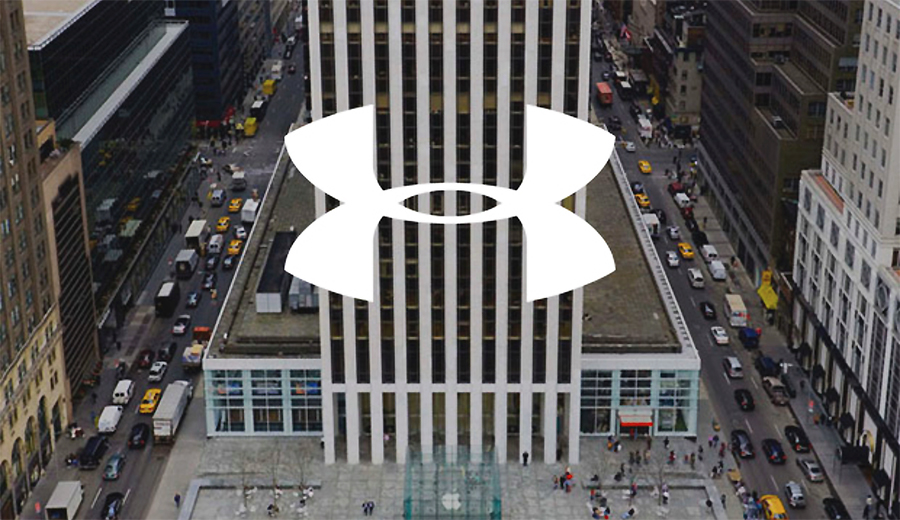 Under Armour was downgraded by both Stifel and Goldman Sachs due to disruptions caused by the coronavirus pandemic.

At Stifel, Jim Duffy on Friday lowered his rating on Under Armour to “Hold” from “Buy” and cut his 12-month price target price to $11 from $16. On Friday, shares of Under Armour closed at $9.44, up 10 cents, on the New York Stock Exchange. Shares have shaved off about half their value since starting the year at $21.60.

“COVID-19 disruption annuls our turnaround thesis predicated on inflection in North American revenue, continued strong international growth led by China and capacity for operating margin expansion,” wrote Duffy in a note. “While no less bullish on strategic direction under new leadership and long-term margin prospects, the growing list of near-term risks puts our optimism for shares on the bench for the remainder of 2020.”

Among the newer risks facing Under Armour, the cancellation of organized sports “removes a key showcase for marketing assets” such as the brand’s sponsored teams in the March Madness NCAA basketball tournament as well as ambassadors such as Bryce Harper and Christian Yelich with the delay in the start of MLB’s season. The cancellation of school and youth sports will also impact demand for industry players.

Store closures both in North America and overseas will depress spring selling and also create inventory imbalances that likely last into next year and create margin pressure. Any inventory challenges at larger players like Nike could further“crowd smaller players out of the marketplace” and underline liquidation efforts for Under Armour. Finally, retail bankruptcies pose a greater risk due to the pandemic.

Duffy wrote, “These challenges are all palpable concerns which don’t account for demand uncertainties in 2H and into 2021 that challenge inventory planning and cash flow management into summer, back-to-school and holiday.”

On the positive side, Duffy wrote that with more than $500 million in cash on hand and $1.5 billion in additional borrowing capacity, Under Armour has ample liquidity to weather the crisis. Concluded Duffy, “We expect Under Armour to navigate these challenges and regroup in 2021, but the turnaround agenda will see a significant set-back. Indeed, amidst disruption, we believe Under Armour is capitalizing to increase digital engagement through the app ecosystem to the benefit of customer acquisition and lifetime value. To turn constructive again beyond the COVID-19 disruptions, we are looking for stabilization in the channel landscape, visibility to normalization of inventories in the category and tangible evidence of consumer appetite for new styles.”

“While we continue to expect athletic and casual apparel to gain market share, and see scope for Under Armour to improve operating margin longer term, we see elevated near-term execution risk to shares,” wrote analyst Alexandra Walvis in a note. “We believe the company’s low operating margins, largely inflexible cost structure and inventory buying model, and limited brand momentum leave the company less well-positioned vs. other athletic peers in the current disruptive environment.”

The analyst noted that even before any disruption from the coronavirus, Under Armour had warned 2020 would be a “reset year,” including eroding earnings and a decline in North America in the first half. Walvis wrote, “This leaves the company with limited operating margin to cushion any potential disruption from weaker demand and store closures.”

She also said a large part of Goldman’s prior positive view was predicated on investments in marketing and brand engagement helping reinvigorate the brand but funding such investments will be more challenging given weaker revenue trends and lower operating margins. Efforts to increase the proportion of sales at full price will be undermined by any need to clear excess inventories.

Finally, Walvis wrote that while Under Armour has made significant progress in recent years in improving its supply chain and speed to market, it still lags behind its major competitors in these areas and “a weaker macro and disruption from coronavirus could mean margin expansion is a longer-dated story.” Disruption in NYC may also mean that its move to sublet its previously-planned Fifth Avenue flagship asset “may prove tough, and thus cost deleverage may be elevated.”

Stifel trimmed its EPS targets for the current year to a loss of 3 cents a share from previous expectations of earnings of 2 cents a share. Stifel’s revenue target was trimmed slightly to $5.04 billion from $4.8 billion. Goldman Sachs reduced its 2020 EPS estimate to a loss of 36 cents from earnings of 8 cents previously. For 2021, Goldman now expects earnings of 39 cents, down from 48 cents.

On February 11, when reporting fourth-quarter results, Under Armour said it expected revenues to be down at a low-single-digit percentage in 2020 in large part due to a mid- to high-single-digit percentage decline now seen in North America. The guidance places revenue in the range of $5.11 billion to $5.21 billion below Wall Street’s previous target of $5.51 billion. Wall Street was also expecting 1 percent year-over-year growth in North America.

EPS was projected to be in the range of 10-to-13 cents for 2020, which was well below Wall Street’s average target of 46 cents. The company’s fourth-quarter sales and earnings results also came in short of Wall Street’s targets, albeit to a lesser degree.

The reduced guidance in part reflects the loss of $50 million to $60 million in sales in the first quarter in the APAC region due to the Coronavirus outbreak. Almost 600 branded Under Armour doors are currently closed in China. The soft outlook more broadly reflects ongoing challenges faced in its full-price wholesale and e-commerce businesses in North America.

Other news in the quarterly report was that Under Armour was considering additional restructuring activities that would cover, in part, the costs to forego its Fifth Avenue flagship in New York City.