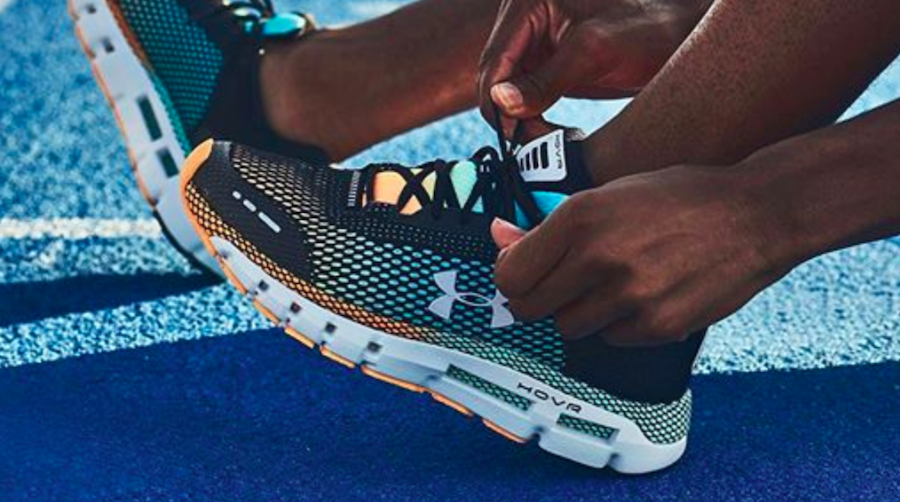 JP Morgan on Friday raised its rating on Under Armour due to increased confidence that its turnaround efforts are gaining traction while B. Riley FBR upgraded Foot Locker because of a healthy product pipeline coming from its primary suppliers, Nike and Adidas.

“The clear tone from the top was ‘controlled confidence’ in the brand direction with disciplined FY20 global top and bottom-line growth acceleration,” wrote Matt Boss, JP Morgan’s lead analyst on the stock, in a note.

The top-line acceleration is expected to be led by improving product due in part to a 25 percent lead-time reduction and a “stacked” pipeline of new apparel and footwear platforms arriving through FY23. The April launch of Rush apparel, its first global technology launch since FY15, has seen a healthy initial response. In footwear, Under Armour executives expressed confidence in being able to deliver 10-to-12 percent five-year CAGR, including mid-teens CAGR in running, due to the success of the HOVR franchise since its 2018 launch, the HOVR’s expansion into training, and a new mid-sole cushioning platform set to launch for FY20.

In marketing, Under Armour plans in 2020 to launch the company’s first overarching ‘brand-focused’ campaign arguably since “Protect This House” in 2001 following the completion of Under Armour’s three-year campaign to transform its back-end and go-to-market processes at the close of 2019, according to JP Morgan’s note. Boss noted that prior campaigns largely focused on specific product marketing rather than an underlying brand theme.

Boss wrote the 2020 marketing execution is expected to be “driven by a combination of ‘story-telling’ and ‘story-doing’ combining authenticity and experiential focus on the brand (i.e. ‘Just Do It’ or ‘Live In Levi’s’) all year long integrated with exciting product-amp momenst with the marketing team now fully integrated throughout the go-to-market process from start-to-finish across all channels of distribution.”

Full-price sales are also expected to benefit from efforts to reduce sales in off-price channels and the brand’s accelerated clean-up of inventories, including a 24 percent reduction in the first quarter. The brand is seeing some healthier trends at wholesale accounts, including Dick’s. A smaller-format store with an increased digital and service focus is expected to debut in the second half of 2019 and overall store openings will be ramped up in FY20.

JP Morgan is forecasting 6 percent revenue growth and 39 percent annual EBIT dollar growth for Under Armour over the next three years. The inventory cost base realignment is expected to particularly boost the bottom line. JP Morgan raised its price target on Under Armour to $29 from $23.

B. Riley upgraded Foot Locker from “Neutral” to “Buy” and raised its price target from $62 to $73 due to improving trends in the company’s core footwear business, as well as in international channels.

“Our store checks have shown a significant pullback in promotions since 1H18 which we believe reflects on-trend product from both FL’s core partners and smaller more casual/fashion-oriented brands,” wrote B. Riley’s lead analyst in the space, Susan Anderson, in a note.

She expects Foot Locker will be able to achieve its mid-single digit comp guidance for Q1 and FY19 guidance. While B. Riley believes Foot Locker’s sales slowed somewhat in April and particularly following Easter, solid launches toward the end of the month, including with the Jordan 13 Retro “Cap and Gown” and Jordan 4 Retro “Bred,” are expected to help Foot Locker meet first-quarter guidance of mid-single digit comp growth. Accelerated international growth on easy comparisons, particularly in Europe, are also expected to help.

For the full year, B. Riley sees Foot Locker benefiting from an improved product cycle coming out of Nike and Adidas coupled with the addition of fashion product to stores from brands such as Fila, Vans, Champion and Birkenstock. “Easy compares in 2Q and reasonable compares in 3Q” will also support improving top-line growth in coming quarters.

The upgrade by B. Riley was also prompted because shares of Foot Locker had declined 11.4 percent over the last month versus an S&P dip of 1.9 percent. Anderson wrote, “We believe this is an attractive entry point into a best-in-class footwear retailer.”