Without COVID-19 Vaccine, Americans Say No To Indoor Sporting Events

Even with wearing personal protective equipment and staying socially distanced, 67 percent of Americans surveyed said they would not attend an indoor sporting event without a COVID-19 vaccine, that according to a poll conducted by Seton Hall University’s Sharkey Institute. And fifty-eight percent of respondents said they would not attend an outdoor event under the same circumstances.

The Seton Hall Sports Poll was conducted November 13-16 among 1,506 American adults, geographically spread across the country. The Poll has a margin of error of +/- 3.2 percent.

“The recent news of vaccine breakthroughs has to be enormously uplifting to those in the business of selling tickets, be it sports or entertainment,” said Professor Charles Grantham, director of the Center for Sport Management, Stillman School of Business, which oversees the Seton Hall Sports Poll. “Even though the percentage who would not attend have improved since the spring and the onset of the pandemic, these are just awful numbers to ponder.”

Stillman Professor of Marketing and Poll Methodologist Daniel Ladik agreed, “The Pfizer announcement of an imminent and efficacious vaccine was widely published prior to our polling and is presumably reflected in these numbers. An eager nation of sports fans awaits.”

People with Children More Likely to Attend Events
Interestingly, and perhaps related to school and youth athletic events, the number of those who would attend sporting events with PPE and social distancing was greater for those with children under the age of 18. Only 49 percent of those parents said they would not attend outdoor events, compared to 58 percent of the overall population; and 60 percent said they would not attend indoor events, compared to 67 percent overall.

Do Fans in the Stands (Virtual or Otherwise) Make a Difference?
Noting that some professional and college sporting events have allowed fans with limited capacity, the poll also asked whether or not fans in the stands under these circumstances provide an advantage for the home team. Whereas 43 percent of the overall population said they believed the presence of fans provided a “home team advantage,” 53 percent of those who described themselves as sports fans said it did.

Among the smaller subset that described themselves as “avid sports fans,” the number that thought of the teams as less deserving was higher,  by a double-digit margin in each case.

“Although many of the leagues tried admirably to salvage their seasons when most thought they would be lost, it’s obvious from these findings that the public has some doubts and concerns,” said Grantham, former executive director of the National Basketball Players Association. “It will be interesting to see how the leagues, and fans, adjust moving forward.” 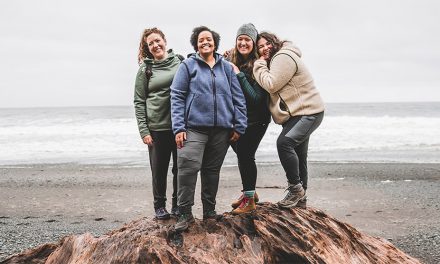