Top-Flite Golf continues to be the gift that keeps on giving for Callaway Golf Company — just not the kind of gift Callaway hoped it would be when it first announced that it was acquiring the Top-Flite business out of bankruptcy three years ago.

Callaway last week reported that third quarter total company sales would fall short of expectations, due in large part to sales of Top-Flite and Hogan products that have “not performed to expectations” and have offset the gains in Callaways core brands, according to company President and CEO George Fellows. Mr. Fellows said they are “in the process of restoring these brands, targeting a formal re-launch of Top-Flite in 2007.”

The Top-Flite business has been a thorn in Callaways side since it was first announced in June 2003. The original deal, which was struck with the former Top-Flite owners before they filed for bankruptcy on the remaining Spalding business that had not been sold to Russell Corp., had called for Callaway to acquire the Top-Flite business, including the Strata and Ben Hogan brands, for roughly $125 million. When it was all said and done — and after TaylorMade jumped into the bidding and drove up the price — Callaway ended up paying nearly $175 million for the business.

For the third quarter, Callaway Golf now expects that net sales will be in the $193 million to $195 million range, or a decline of 11.8% to 12.6% from the $221 million posted in Q3 last year. The sales decline, coupled with a three cents per share after-tax charge from expensing equity-based compensation, will result in a net loss of 17 cents to 19 cents per diluted share. The loss also includes after-tax charges of a penny per diluted share associated with the Top-Flite integration and a penny per diluted share for the restructuring initiatives previously announced in September 2005.

In a press release, the company attributed the sales decline to several factors. The company said that about $30 million of the decline was the result of the “planned timing of new product launches.” Callaway had no “major introductions” in the third quarter, compared to the launch of the FT-3 driver, Fusion fairway woods, X-18 driver in Japan, and HX-56 golf ball in Q2 2005. Management also pointed to the “June 2006 free-product-offer” that was “more successful than originally anticipated.” The offer resulted in higher market share along with an “increased level of retailer product compensation,” which then “impacted wholesale re-orders during the third quarter.”

Based on point-of-sale data compiled by SportScanINFO in the sporting goods channel, Callaway picked up two points of share in drivers in the retail second quarter through July and picked up more than four points of share in the irons sets category. They saw share in fairway woods inch up about 70 basis points during the quarter. Based on the same data sets, Callaways share in the channel rose about 120 basis points for drivers in September, but declined nearly two points in the irons sets business. Fairway woods share jumped nearly 280 basis points in the channel for the month.

However, Callaway also pointed to “lower in-store traffic at key golf retailers during the June through September season,” which resulted in “lower retail sales and a related decrease in wholesale re-orders for the company.”

Callaway also said third quarter gross margins would come in at about 35% of sales, or a 400 basis point decline from the year-ago period. The decline in GM was attributed to a lower mix of higher-margin woods products sold during the quarter, lower margin associated with higher-margin irons sold in the year-ago period, initiatives to clear Top-Flite golf ball inventory and higher golf ball costs associated with increased raw material, and energy costs, which combined, offset a 100 to 300 basis point improvement from higher volumes and margins of Odyssey putters, X-Tour wedges, and Callaway accessories.

The announcement last week is starting to become a recurring theme each quarter for Callaway, but it isnt the only company feeling some pain from the degradation of the Top-Flite brand. Sport-Haley reported two weeks ago that it had encountered numerous problems in introducing Top-Flite branded apparel within Wal-Mart stores, including poor performance of third party suppliers, extraordinary shipping charges, and markdown money due to Wal-Mart as a result of the delivery delays and poor sell-through, all of which caused Reserve Apparel, which was the JV set up to produce and market the Top-Flite apparel, to perform at a level “significantly below” Sport Haley's expectations.

Sport-Haley was notified in September by Wal-Mart that the retail giant did not intend to “continue purchasing Top-Flite branded apparel into the near future.” Sport-Haley also produces the Ben Hogan apparel brand. 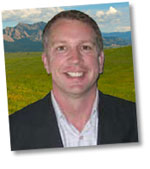