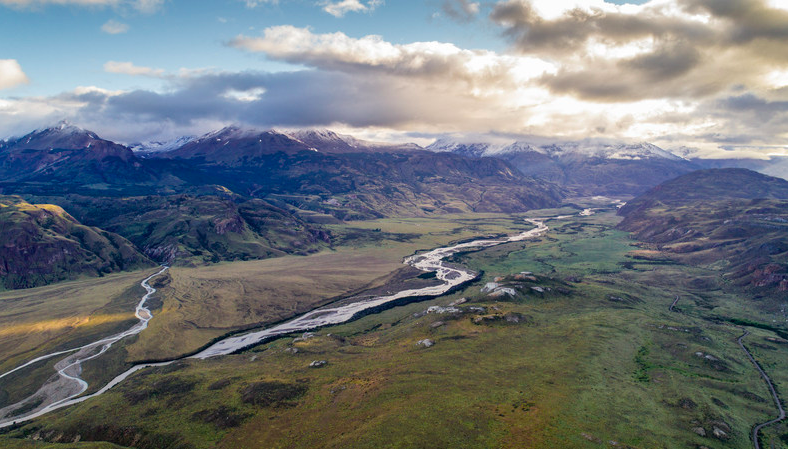 Chilean President Michelle Bachelet and Kristine McDivitt Tompkins, president and CEO of Tompkins Conservation, signed the decrees creating Pumalín National Park and Patagonia National Park Chile. The one million acres and world-class infrastructure they contain have been billed as the largest donation of land from a private entity to a country.

This marks the culmination of the pledge that President Michelle Bachelet and Kristine McDivitt Tompkins signed in March 2017 to create a network of five new national parks in Chile and the expansion of three others. Together, they are adding a total of more than 10 million acres of new national parklands to Chile, with one million acres of land from Tompkins Conservation and an additional 9 million acres of federal land from Chile. For scale, that is more than three times the size of Yosemite and Yellowstone combined, or approximately the size of the country of Switzerland.

The signing of these decrees cements Chile as one of the global leaders in conservation today, a vision which President Bachelet touched on in her speech. “With these beautiful lands, their forests, their rich ecosystems, we…expand the network of parks to more than 10 million acres. Thus, national parklands in Chile will increase by 38.5 percent to account for 81.1 percent of Chile’s protected areas.”

“I am proud of my husband Doug and his vision, which continues to guide us, in addition to our entire team, for completing these two national parks and the broader network, a major milestone of our first 25 years of work,” Kristine Tompkins said. “While we will continue to help promote and safeguard these parks, we are beginning to turn our attention to more new conservation and re-wilding projects in Chile and Argentina as we work to save and restore big, wild and connected ecosystems.”

Patagonia National Park Chile and Pumalín National Park will be key destinations in the network of parks of Chilean Patagonia. These parks are already open to the public, welcoming visitors from Chile and around the world to experience Patagonia’s natural beauty, which will now be permanently protected for all visitors and the creatures that call these parks home.

From its inception, Tompkins Conservation’s objective has been to donate privately acquired land to parks systems to be protected at the highest level of conservation for generations to come. To date, the organization and its partners have protected roughly 13 million acres of land to parks systems in Chile and Argentina, where they have worked with local and national governments, nongovernmental organizations, scientists, activists, conservationists and their  local staff to achieve permanent conservation.

Tompkins Conservation collaborates with the governments of Chile and Argentina, local organizations and communities to create national parks—places of beauty, abundant wildlife and recreation that serve as sources of income and pride to neighboring communities and the entire nation. Tompkins Conservation was founded by Kristine and Douglas (1943–2015) Tompkins, business leaders from iconic American clothing brands including The North Face, Esprit and Patagonia Inc.

Marcus Smart and Joel Embiid to Sign with Adidas