Inside The Call: TJX Q2 Boosted By Improving Momentum In Apparel 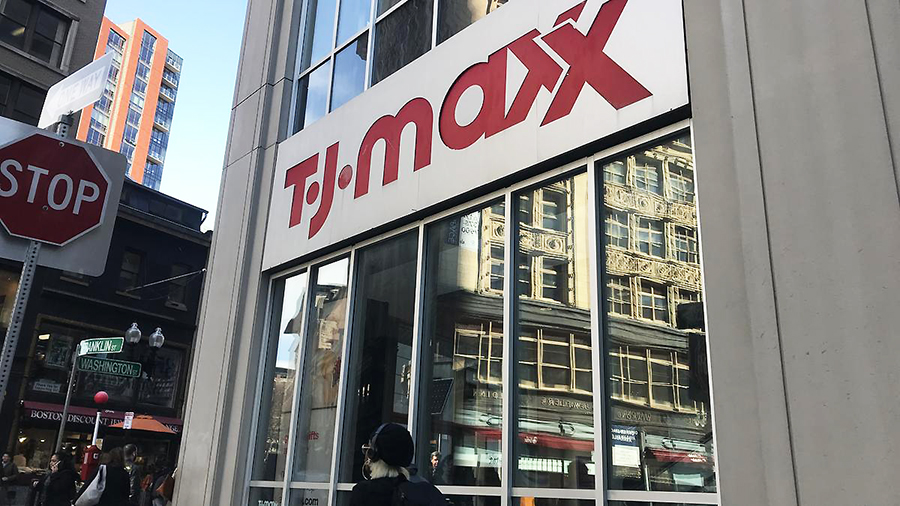 The TJX Companies, Inc. reported second-quarter sales and earnings came in well ahead of management’s expectations as gangbuster sales in the home category continued and apparel gains accelerated from their recent momentum.

In the year-ago period, stores were closed for approximately 31 percent of the quarter due to the pandemic and the off-pricer said the 2019 quarter offered a better measurement of its progress.

Compared to the 2019 second quarter, reported sales were up 23.5 percent, and open-only comp-store sales increased 20 percent.

Ernie Herrman, CEO, said the 20 percent two-stack open-only comp gain “well exceeded” plans. He said, “Comp growth in home continued to be excellent, and we also saw a very strong low-teens comp increase in apparel as that category continued its upward trend this quarter. We were particularly pleased with the strong execution we saw across each of our divisions, which all drove double-digit open-only comp sales growth versus fiscal 2020. Our branded mix and great values continue to resonate with consumers in the U.S., Canada, Europe, and Australia.”

Comps Exceeded Plans Across Divisions
Scott Goldenberg, CFO, said TJX continued to see an increase in its average basket across all divisions, driven by customers putting more items into their carts. Overall average ticket was down slightly versus the 2019 second quarter but improved significantly compared to the 2021 first quarter, primarily due to the improved strength in apparel. Average ticket improved each month of the quarter and was up in July.

Overall customer traffic in the U.S., where TJX was open the entire quarter with minimal occupancy restrictions, was up mid-single-digits versus the second quarter of 2019.

The latest quarter was impacted by a debt extinguishment charge of 15 cents per share. On an adjusted basis, earnings of 79 cents in the latest quarter compared to Wall Street’s consensus estimate of 59 cents.

Said Herrman, “We’re convinced that our sales growth and profit on the second quarter demonstrate that we are capturing profitable market share. We are confident that many of our loyal customers have returned to our stores and are shopping us more frequently and that we are attracting new shoppers with our marketing and exciting treasure hunt shopping experience.”

TJX estimated that temporary store closures affected approximately 3 percent of its store base in the second quarter and negatively impacted EPS by about 5 cents to 7 cents, based on the company’s estimates of profit dollars on lost sales of approximately $300 million to $350 million.

Marmaxx’s Comps Grow 18 Percent On Two-Year Stack Basis
By segment, sales in the latest quarter at Marmaxx, which includes T.J. Maxx, Marshalls and Sierra locations in the U.S., reached $7,349 million, up 85.6 percent from $3,959 million year-over-year and ahead 20.3 percent from $6,107 million from the 2019 quarter.

Sales gained 18 percent on an open-only comp basis, and operating profit was up 19 percent versus the 2019 quarter.

“Marmaxx’s home business continued its excellent performance and once again posted a comp increase in line with HomeGoods,” said Goldenberg. “Apparel comps were up mid-teens and improved significantly versus the first quarter. Further, sales were strong across all geographies and by the age of store.”

When combining the Marmaxx and HomeGoods divisions versus the 2019 quarter, total open-only comps for the U.S. increased 21 percent, and profit dollars were up 22 percent.

Pretax margins improved from 7.2 percent in the first quarter of this year.

Herrman said the strong sales and “excellent merchandise margin” increase more than offset 150 basis points of incremental freight expense as well as substantial supply chain and wage costs. Said Herrman, ‘The buying environment has been excellent, and our teams have done a terrific job searching the right mix of goods and getting them to our stores to satisfy the strong customer demand.”

Inventories were flat on a reported basis and down 3 percent on a currency-neutral basis compared to the second quarter of 2019. At distribution centers, inventory was lower due to less packaway and more goods on order and in transit.

Said Goldenberg, “Our buyers are doing a great job sourcing merchandise and have been able to chase the goods we need to satisfy the current strong consumer demand. To reiterate, the availability of merchandise is excellent.”

Sales Comping Strong Early In The Third Quarter
Looking ahead, TJX’s sales are strong so far in the third quarter, with consolidated open-only comps up mid-teens over the third quarter of 2019. Goldenberg said the gains are coming despite a negative sales impact from the Delta Variant that’s been evident since the last week of July. Currently, all stores in the U.S., Canada and Europe are open, and approximately 40 of its Australian stores are closed.

TJX is still not providing guidance for the third quarter of the second half due to continued uncertainty with the pandemic.

Herrman did cite several factors expected to drive sales and traffic in the second half of the year.

TJX expects to take advantage of the inflationary environment that will make its values stand out more. The CEO said, “We are confident that our value position will be a very attractive option for consumers looking to stretch their dollars without sacrificing on quality brands.”

TJX has aggressive merchandising and marketing plans for the back half of the year, including a bigger push into digital marketing to, in part, help reach younger consumers.

Herrman said, “Additionally, our research tells us that, overall, our marketing campaigns and a great assortment of values continue to attract new shoppers of all age into our stores, including an outsized number of GenZ and Millennial shoppers. We’re also encouraged by our strong overall customer satisfaction scores.”

Herrman also expects TJX’s business model to continue to enable the company to take market share, citing the appeal of its treasure hunt shopping experience, the trust in its value assortments that don’t require coupons or promotions, and its chains’ more eclectic mix versus traditional department and specialty stores. With a T.J. Maxx or Marshall store within 10 miles of approximately 80 percent of the population, convenience is also offered to shoppers.

Margins To Benefit From Price Adjustments
In terms of profitability, Herrman said the company is “highly focused” on improving pretax margins over the next few years. He believes margins will benefit from TJX’s ability to “drive outsized sales,” but he also sees opportunities to “surgically” raise prices in select areas, particularly the home category.

On improving margins over the next few years, Goldenberg said that the combination of freight, supply chain, and wage costs is expected to be higher in the back half of the year but moderate in 2022.

He agreed that continued strong sales offer “the easiest way for us to improve our margin going forward” with an emphasis being placed on continuing to buy even better and open more vendors. The less promotional environment, rising inflation, and stronger sales in apparel categories will offer opportunities to improve pricing.

“We feel all of these factors as opportunities for higher retails,” added Goldenberg. “At the same time, we remain laser-focused on continuing to offer consumers great values just as we have throughout our 45-year history.”