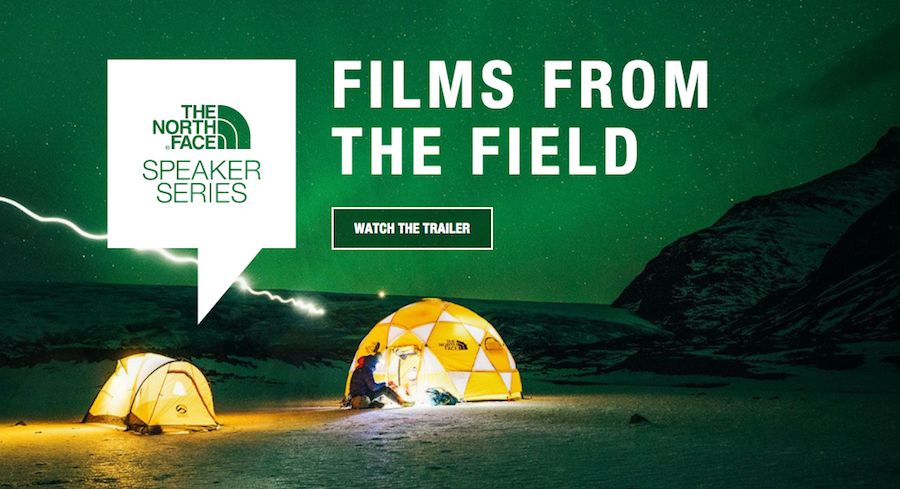 The North Face announced the 2017 Speaker Series tour “Films from the Field.”

Throughout the tour, members of The North Face Athlete team will show a collection of films and share never told stories of adventure, triumph and culture from all ends of the earth.

Experience the Gurung tribe of Nepal through the lens of Renan Ozturk and Ben Knight, African big wall climbing with Alex Honnold, endurance trail runners that are changing the face of adventure and the most beautiful snow lines from peaks of British Columbia to the Baltic Sea.

In partnership with Paradox Sports, all proceeds from The North Face Speaker Series “Films from the Field” will be donated to support adaptive climbing. To learn more about Paradox Sports, visit www.paradoxsports.com or speak with a representative at this year’s film tour.

2017 Speaker Series Tour “Films from the Field” include:

For more information or to purchase tickets please visit thenorthface.com/speakerseries.