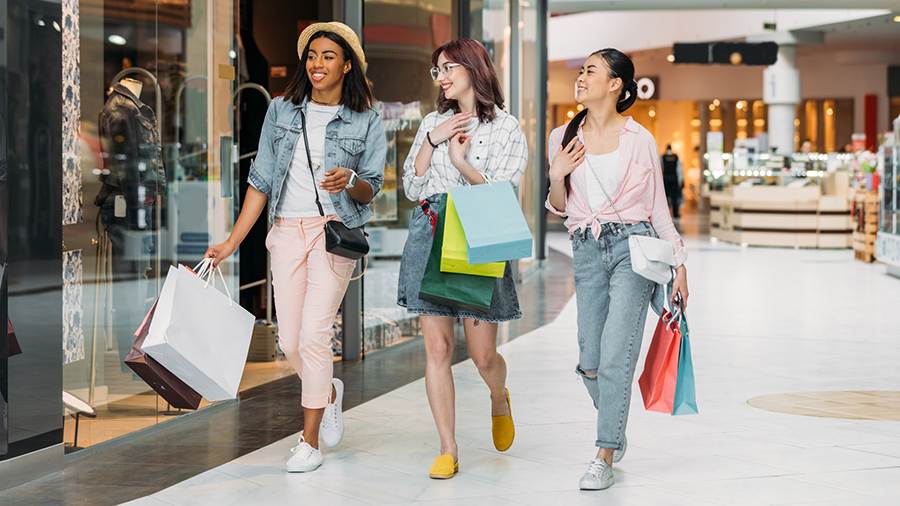 Gen Z Quickly ‘Cancel’ Brands and Move On
While 80 percent of Gen Z shoppers are willing to try new brands, 63 percent don’t have the patience for clunky websites, and 37 percent will abandon a purchase and are quick to post a negative review on social media when they have experienced a poor digital experience, according to a survey of more than 1,000 U.S. Gen Z consumers commissioned by Sitecore. 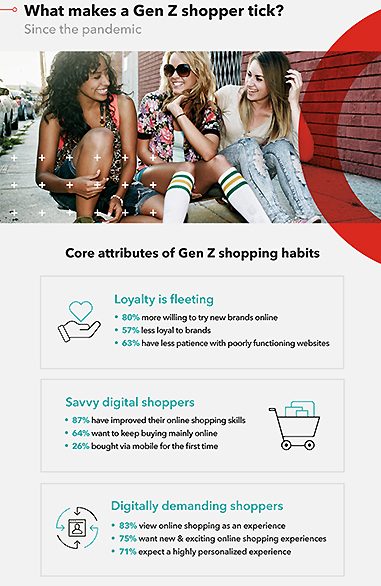 Key findings outlined in a press release around the survey include:

“This study highlights that brands can’t ignore the power of poor digital experiences when it comes to Gen Z and its shopping habits,” Paige O’Neill, Sitecore’s CMO, said in the release. “This group has quickly shifted its significant spending power online, and pressure will continue to mount on retailers until they can deliver an experience that delights. Brand loyalty has evaporated, and there is no margin for error any longer from browsing through to delivery. The ability to consistently create personalized experiences is critical to secure the wallets of Gen Z. This puts technology firmly at the center of this new battle for retailers.”

That was followed by listening to music (14 percent), browsing the Internet (12 percent) and engaging on social platforms (11 percent). Only 10 percent of the demographic said that watching TV or movies at home is their favorite form of entertainment (which ranked No. 1 for all other generations). The online survey of 2,009 U.S. consumers was conducted in February 2021.

“If the Generation Z preferences for gaming, music and social media persist over time, the dominant position that video entertainment has held could be challenged,” Deloitte wrote in the study. “If this is the case, media companies should be prepared to evolve and take a diversified approach, starting with gaming. All of these options are dividing and fragmenting the market considerably. Providers should now understand the nuances among customer segments, generations and different kinds of media.”

Findings for Gen Z with it comes to social media include:

Gen Z Said Climate Change is Adversely Affecting Physical and Mental Health
According to the NextGen Climate Survey released by Blue Shield of California, more than 8-out-of-10 (83 percent) in the Gen Z demographic is concerned about the health of the planet.

A majority of respondents also said the environment affects their physical health (69 percent) and their mental health (75 percent).

The survey was conducted in March 2021 to uncover the generation’s top environmental concerns, how climate change impacts their well-being and their optimism for the future. The poll included 1,200 respondents, ages 14-to-24, from across the U.S.

According to the poll, their top three environmental issues are air quality (60 percent), water pollution (59 percent) and plastic pollution (56 percent). More than half (54 percent) said they are ‘very concerned’ about the planet running out of resources. One in four (26 percent) said that an environmental event or natural disasters – like a flood, fire or hurricane – has impacted their ability to concentrate in school.

Other highlights from Blue Shield of California’s NextGen Climate Survey include:

Younger Generations Are Shifting to Online Shopping
A survey from Kibo and Drapers found that 28 percent of Gen Z and 24 percent of Millennials would likely shop online more than before.

The survey collected responses from 2,000 consumers split between Gen Z (ages 18-to-25) and Millennials (ages 26-to-40). In addition to a preference for online shopping, the report also showed the following trends:

“Gen Z, in particular, is showing that they expect a shopping experience that offers convenience online and that they will choose brands that align with their values and preferences,” said Kalscheur. “Now is not the time for retailers to guess how to create better online shopping experiences, and this research provides a clear path for the adult generations that will lead our economy in the coming years.”

Physical Retail Still Finds Relevance With Gen-Z
A survey of 1,130 Gen Z consumers in the U.S. from DealAid.org found that 87.6 percent of Gen-Z consumers shop more online than in-store. However, the difference in the dollar amount spent per month online versus in-store is just 15.6 percent, showing physical retail is still relevant for the Gen-Z consumer.

Among concepts, 42.5 percent of Gen Z consumers spend most of their in-store shopping budget at Walmart while 26.6 percent and 15.9 percent spend it at Target and Costco, respectively. Other popular options cited were Kroger, Sephora and Best Buy. Lines at cash registers (61.6 percent) and out-of-stock items (52.2 percent) are the two most frustrating aspects of in-store shopping. Other frequently cited frustrations are COVID-19-related restrictions, difficulty finding items, commuting and parking, and lack of product information.

Online, 86.7 percent of Gen Z consumers spend most of their online shopping budget at Amazon, while 6.9 percent and 3.5 percent spend it at Kroger and eBay. Other popular e-commerce destinations cited were Target and Walmart. Out-of-stock items (54.9 percent) and slow websites (38.1 percent) are the two most frustrating aspects of online shopping for the group. The most important factors that Gen Z consumers consider when making a purchase online are price (79.8 percent); discounts (59.3 percent); shipping cost and speed (55.8 percent); quality (51.1 percent); positive reviews (46 percent); flexible return policy (28.3 percent); and rewards programs (15.9 percent).