The double-digit growth was the strongest increase seen for any period of 2007 and led to a high-singles increase in full year sales. However, increased production and materials costs caused the companys fourth quarter and full year net loss to widen.
The company reported net sales for the fourth quarter increased 22.1% to $29.5 million from $24.2 million last year. Gross profit jumped 870 basis points to 31.8% of sales for the quarter from 23.2% last year as SG&A expenses declined 110 basis points to 13.3% of net sales.

The company attributed the increased shaft sales to an increase in premium steel golf shaft sales resulting from the 2006 acquisition of Royal Precision that was offset by a “small decrease” in graphite golf shaft sales due to a decline in the unit sales of OEM graphite shafts.
That decline, the company said, was associated with the timing of certain OEM iron launches using the company's proprietary graphite iron shafts. This decline in graphite golf shaft sales was heavily weighted toward the first half of 2007, and during the second half of 2007, graphite golf shaft sales improved by a double-digit percentage compared to the second half of 2006.
Domestic net sales increased 7.7% to $75.0 million for the year from $69.7 million last year. Net sales to international customers increased approximately 7.6% to $41.2 million in 2007 from $38.3 million in 2006. This increase relates primarily to revenue growth in the Japanese golf market.
Gross profit for the golf shafts business decreased 390 basis points to 30.4% of shaft sales for the year.
Net sales for the companys performance sports business, which includes products for the hockey and bicycle markets, increased 50.7% for the year to $13.4 million from $8.9 million for the full year 2006. Gross profit for the performance sports business jumped 1,040 basis points to 20.0% of net sales from 9.6% of sales last year.
On an overall company basis, True Temper reported a gross margin decline of 310 basis points to 29.2% of net sales from 32.2% for 2006 as a result of the increased cost of raw materials. SG&A expenses decline 50 basis points to 12.7% of sales, but was not enough to offset the margin declines.
The company reported a net loss of $33.5 million versus a deficit of $10.8 million the year before similarly exacerbated by a year-ago income tax benefit of $6.3 million that became a charge of $10.0 million for fiscal year 2007.
Currently, the company estimates a 15% to 20% top line improvement during the first quarter of this year to a range of approximately $34.0 million to $35.5 million. EBITDA for the quarter is expected to meet or exceed the growth seen in sales for the period. 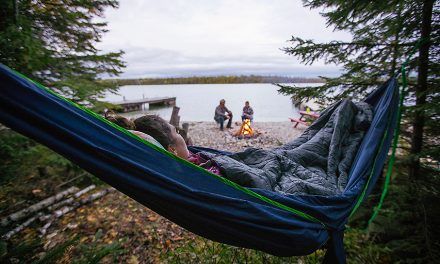