Participating lodging properties across the Southeast region are now assured of a positive summer performance for both occupancy and revenues — with only one month remaining for the summer season, according to Inntopia. Bookings made in July for arrivals in the months of July through December, however, are down 11 percent

The news was released yesterday in the DestiMetrics Market Briefing by Inntopia. The aggregated results are compiled through July 31 from nine participating Southeast resort destinations.

The broader summer picture for the six months from March through August is also edging up over last year. As of July 31, occupancy is up 3.7 percent and is showing increases in five of the six months. July was the only month that showed a decline during the period. ADR also nudged up, gaining an aggregated 2.2 percent and has experienced gains in all six months. The combination of growth in both occupancy and daily rates is resulting in a six percent year-over-year gain in revenues.

“The status of summer lodging performance across the Southeast region is one of stability,” confirmed Tom Foley, senior vice president for Business Operations and Analytics for Inntopia. “However, looking forward to the winter months from September through February, the situation is a bit more concerning,” he added.

Bookings made in July for arrivals in the months of July through December are down 11 percent compared to July 2018 bookings and marks the continuation of a slowing booking trend over the past few months. However, bookings do vary markedly depending on the arrival month. July bookings for arrivals in November are up a substantial 22.6 percent while December arrivals squeaked out a mere 1.1 percent increase. The other four months all posted declines. October arrivals are the most unsettling, down 21.8 percent compared to the same time last year.

Economic indicators can also play a role in discretionary spending, including travel. On July 31, the Dow Jones Industrial Average (DJIA) posted its single highest monthly closing ever at 27,244.7 points and finishing 2.4 percent ahead of last month’s (June’s) previously set all-time record. Credit for the late-month surge was given to the Federal Reserve Bank for cutting the prime interest rate by a quarter percent and stimulating investors.

“Like last month, much of the Dow’s positive performance during July is masking some significant economic concerns that are currently dominated by trade issues,” cautioned Foley. “The US-China trade dispute continues to intensify under the threat of new tariffs and that is creating uncertainty and volatility in various market sectors.”

In a sharp shift from last month’s report, the Consumer Confidence Index (CCI) rose a striking 9.2 percent in July to close the month at 137.5 points and reached its highest level in 2019 and to land just shy of the most recent high-water mark in October 2018 when it reached 137. 9. However, wide swings in the CCI have become the norm in the past 12 months as consumers react to rapidly changing economic news reports. The Unemployment Rate remained unchanged during July at 3.7 percent and marks the second consecutive month that new job creation figures met analysts’ expectations.

“What first appeared in the April data as a slight dip in September and October occupancy has now solidified into a significant decline for the first four months of the upcoming winter season,” clarified Foley. “Close scrutiny of the full data set for the Southeast is showing that the declines are widespread across the entire region. The sharp declines in September and slippage in the other months are consistent and don’t appear to be related to available inventory,” he continued.

The Briefing also noted that this softening in occupancy is also appearing in other regions of the country, including mountain destinations across six western states—another region where DestiMetrics has tracked lodging data for more than 13 years.

“Our concern is that the ‘cracks’ in the veneer of the broader economy may finally be showing up in the most recent slowdown in bookings, but there could be other variables in play that are influencing this cooling trend,” Foley cautioned. “However, we do know that these economically-driven changes in bookings tend to show up first in ‘low season’ such as the winter months in the Southeast, and that is the reason for our growing concern,” he concluded. 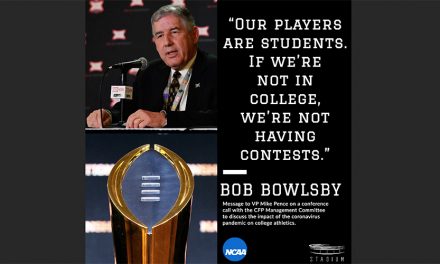