New Wave Group AB, the Sweedish-based owner of Ahead, Auclair, Craft and Cutter & Buck, reported sales rose 11 percent in the second quarter and gained 6 percent on a currency-neutral basis.

Sales increased in both sales channels, but mainly in retail in the Sports & Leisure segment. The segment experienced growth in all regions.

EBITDA rose to SEK 49.0 million from SEK 42.2 million. The improvement in earnings is related to IFRS 16, and excluding the effects of the new standard, earnings decreased slightly. The segment had higher costs for sales, marketing and distribution units. IFRS 16 had a positive impact on EBITDA of SEK 9.1 million.

New Wave’s Sports & Leisure brands include Ahead, Auclair, Craft, Cutter & Buck and Seger., The overall segment consists of 14 fully-owned brands overall, focusing on the Nordic countries and North America. In addition to its own brands, New Wave owns the distribution right to Speedo in Sweden, Norway and Denmark. Sports & Leisure accounts for about 40 percent of overall sales.

Torsten Jansson, CEO, commented, “I continue to be very satisfied with our sales growth. An increase of 11 percent (6 percent in local currencies) is good, not least given that we had a certain negative calendar effect and at the same time compared to the same quarter last year which increased by 11 percent. It was the 20th consecutive quarter of organic growth, which shows that our investments are delivering results. In addition, we grew in both sales channels and all segments, which provides security in itself. Extra pleasing is that we have an 18 percent growth in the retail sales channel and not least Craft is developing very strongly here. Promo also shows good growth with 7 percent. The result for the quarter is burdened by increased costs that are mainly related to market activities within team and infrastructure. The gross profit margin remains strong.

Regarding the performance for the six months, Jansson said, “Sales growth was 14 percent for the first half of the year (8 percent in local currencies). The operating result is just over the previous year and the result for the period is slightly lower. Our major investments in teams continue and also expansion of our distribution units for further growth. Together, these two items account for the majority of the increase in external costs. We continue to strengthen our sales organization and, as an example, 27 people out of the total increase of 39 employees are within sales. I see it as an investment that will yield return going forward.

“We still have a solid equity ratio of 44.7 percent, which feels very secure. The stock is under good control and we are well equipped to continue our growth.”

Looking ahead, Johnson said, “Also in this quarter, we have managed to create growth. The growth comes from our investments in market and sales. Not least Craft as a brand and the investment we have made on teams and clubs is developing well. We already have agreements with several national teams within a number of different sports and also large well-known clubs in several countries. Continued sales growth will be in focus but we expect to gradually increase the operating margin in the upcoming years.” 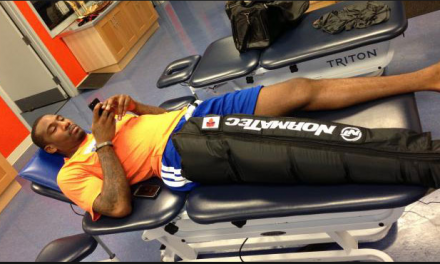