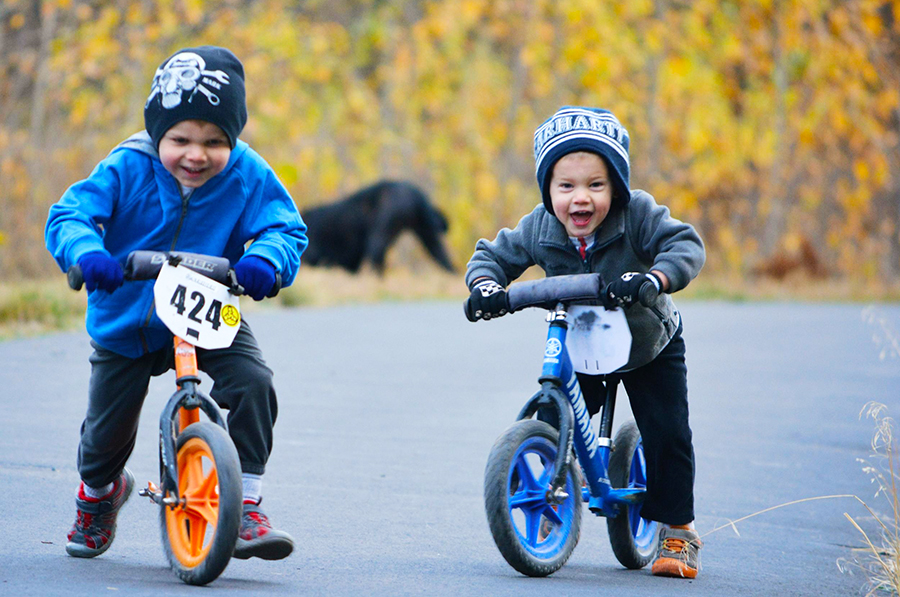 “The essence of riding is balancing on two wheels and leaning through turns.
Propulsion can come in many forms, the simplest of which is ‘striding.'”
— Ryan McFarland, CEO, Strider Bikes

We recently got together with Ryan McFarland, CEO, Strider Bikes, to discuss the Power of Kids Learning To Ride a Bike as early as six months, the Empowerment of a Properly Fitted kids bike and the brand’s Philanthropic Outreach in our public school system to make riding a bike available to Every Kid in America. Come along with SGB. 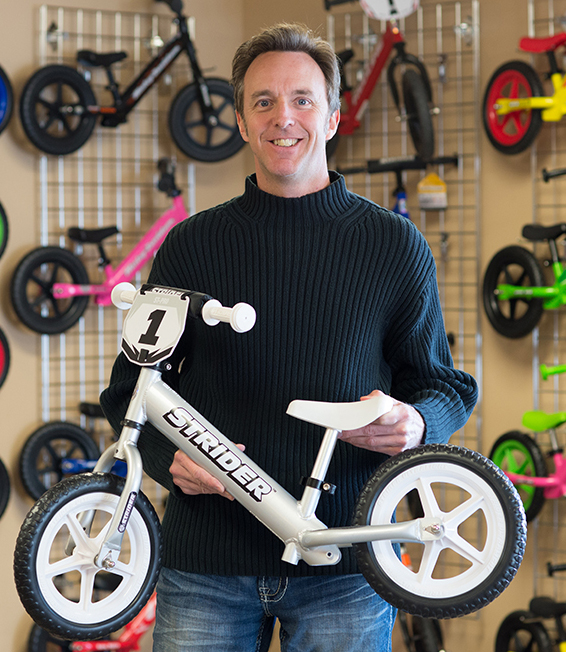 SGB: You are a firm believer that training wheels should not be on a child’s bike. Why?
Ryan McFarland: The bike industry for adults is so focused on fit, yet it’s a non-consideration for kids. It should be the same as teens or adults.

Training wheels are evidence that the bike is drastically the wrong size. The child can’t hold the bike up. That’s a fundamental indicator that the bike is too big for the kid if they can’t even hold it up on their own at a standstill. The problem with fit in a bike shop is that parents are coming in looking for training wheel bikes because they think it’s the step to their child growing toward the path to no training wheels. And it really isn’t, and we’ve proven that.

The bigger problem is that when bikes are on the retail floor, the first step in fundamental fit gets missed. The kid climbs up on the bike, and no one ever realized that if they take their feet off the pedals, they are nowhere near touching the ground. The bike is so far miss sized that it’s a set-up for a bad experience for the child, and it’s all because the step was missed with the training wheels.

Kids bikes should not have training wheels so that when a kid get’s on a bike at the shop, they sit on the bike, their feet are on the ground when they stand up, and they would leave with a properly fitted bike. Then the next step would be to have the child push the bike around with their feet on the ground for a while first, and once they have that down, then put the pedals on (throwing the training wheels in the trash).

None of the manufacturers are willing to ship a bike without training wheels, which to me is crazy. It’s an added expense and does nothing to teach the child to ride. Strider wants to share with parents that there is a better way to buy a bike for their child. 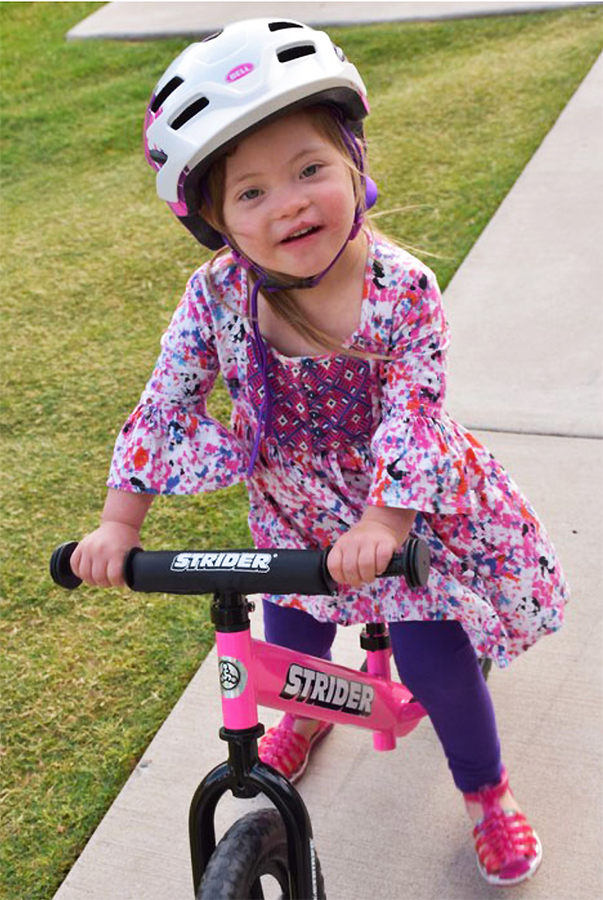 SGB: Why is a Strider Balance Bike the best option for a person with special needs?
RM: Our bikes break down the overwhelming task of learning how to ride into a safe and natural progression. It’s as easy as walking. With feet safely on the ground, a rider is easily able to maneuver and ride our lightweight bikes.

SGB: Tell us about the new Ltd 12STR Balance Bike?
RM: The STR is a great way for Strider to grab the spotlight for a minute, to have fun, not worry about market feasibility. And our staff has had a good time with it. In the end though, we are back to business.

Our mission is to get kids on bikes that’s done through our core products which are those that are affordable, reach the masses, get kids on two wheels and get them to ride.

We’ve sold two million of our core bikes. When you look at the number of hours spent and everything learned on a Strider bike for the price of $120, there is nothing on the market that compares. We’ve done a good job over the years of staying very focused on our bikes having to be high value, easy to use for the parent and do exactly what’s needed for the kid. There isn’t a better design on the market than our bikes.

The STR shows we do know what we are doing in building a fancy bike, and it’s fun to have all the bells and whistles, but if by comparison we have a choice between selling 100 of them or 200,000 of them, I’d rather impact the 200,000 kids every year in the U.S. with an affordable, easy-to-ride, properly fitted bike. 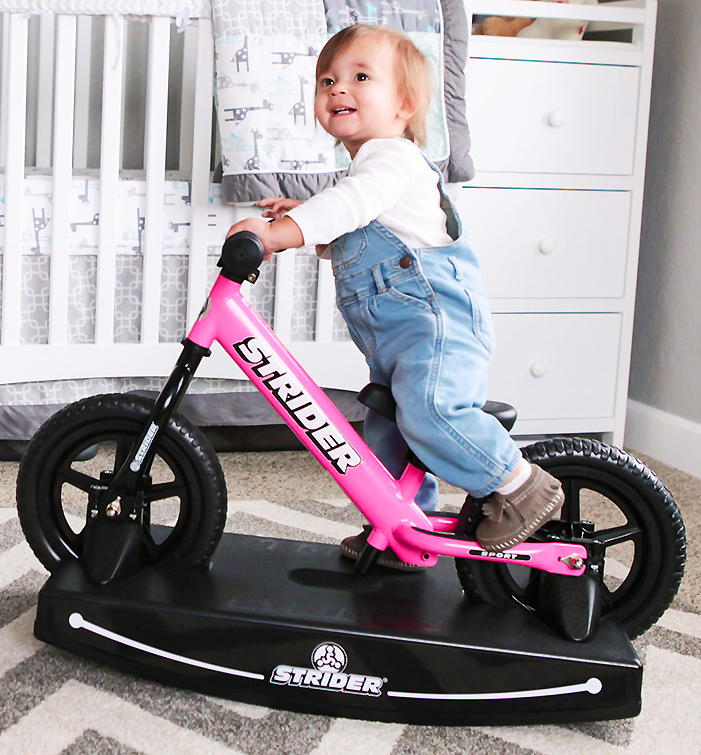 SGB: What is the Baby Bundle?
RM: With our Baby Bundle and the 14X, we now have about a six-year window to get kids on a bike, have fun at six months old.

They can craw up on the base, learn about grips, handle bars, saddle, straddling, rockin, associating something that’s fun to do—and advancing their abilities—all while unattended.

It is phenomenal to see a kid at 16-to-18 months old put their leg over a bike and start getting used to riding. And with the baby bundle, we deliver the bike at six months and the child is riding. They’re playing on it to 16 months. That’s more than half of their early life bonding and having fun with their bike.

When you unbolt the bike from the base, the child is so connected with the bike we are seeing major advancements from what we used to see in a child’s developmental process. And now you have kids enjoying bikes, and we’re preempting kids away from electronic activities and putting cycling as their first fun experience that will hopefully carry through with them for a lifetime.

The 14X takes it all the way through the pedaling process. Unique features in that bike never existed in bikes before to ease the transition to pedaling.

SGB: What are your greatest strengths as a brand?
RM: We don’t fit into any one industry. We’re not necessarily a bike, motorcycle or sporting goods company. We work across all of those. And the majority of our business is direct-to-consumer looking for products for their kids versus being in a niche represented in a bike or motorcycle shop. Those are small silos. Learning to ride needs to be a foundational experience of every kid in America. We’re trying to build a broad base in each one of those silos.

Getting kids to ride bikes at a young age gets more people involved in the bike industries overall. We’re instilling the joy of being active and outside at the most general level. And then being on two wheels at a little more specific level. The best part of our business is that we have never been too narrowly focused, and that has helped us have the biggest impact.

SGB: Strider Sports International offers classes that help you teach kids how to ride a Strider bike in schools.
RM: Every kid can benefit from learning to ride. Looking into the fields of education, we started working with schools.

Schools want the program but they don’t have any money. Our company has bikes, but it’s not scalable. Strider Education is that piece that helps facilitate a three-party transaction. You have schools that want the program, donors who believe in it; Strider has the bikes. Strider Sports covers all of the operational expenses of the Foundation and covers half of the cost of the bikes and programing to the schools. The third party brings in some of the funding as well to make it scaleable. We have eight different states running programs with approximately 15 by the end of the year. By the end of 2020, I am hoping to have programs across the country in schools, and once we have programs in every state, then I believe those schools will share their experiences out to other surrounding schools to fill out each of those states as well.

Every place where we have put a pilot school, they have loved and raved about the program to where the surrounding schools have wanted to put the program in place. It’s a matter of spreading the program out, letting the successes of the program and the children do the work to carry it further and involving the community to say ‘we’re doing as much as we can, but we need some people to come alongside and help keep this thing rolling’ so it can grow at the rate that we would like to see it grow.

SGB: Do you feel that you have accomplished your goals to date?
RM: Until I get every kid on a bike without training wheels, we’re not even close. The vast majority of kids bikes sold today are still clunky and don’t fit kids properly and are basically the worst first bicycling experience a kid could have. We have a long way to go. 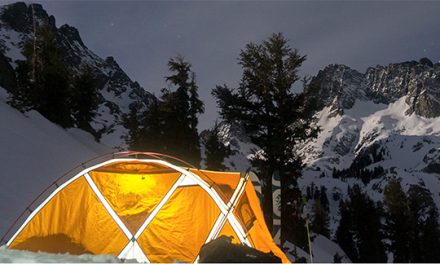 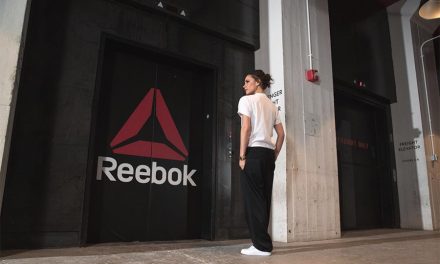 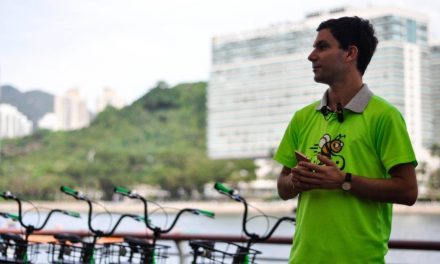