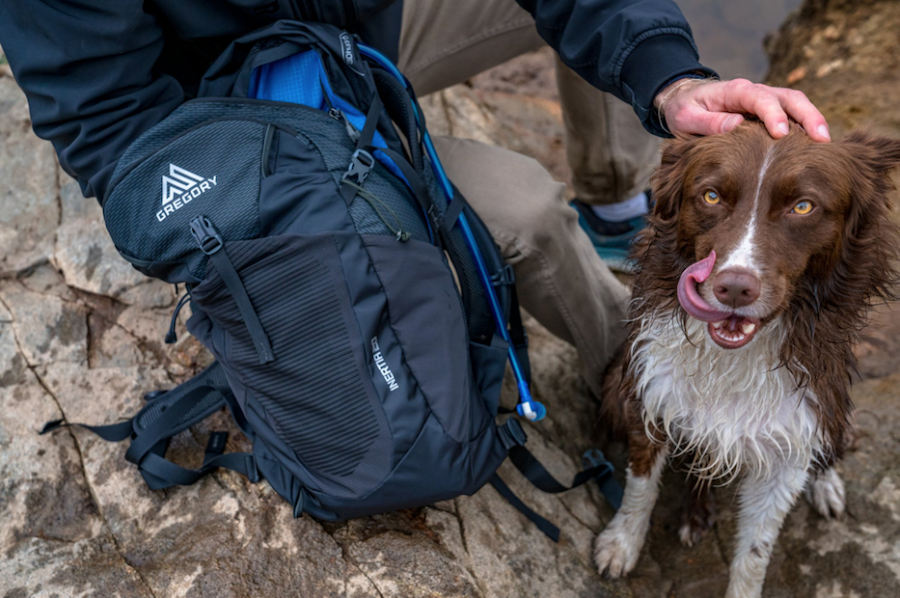 The American Sportfishing Association (ASA), a founding member of the Outdoor Recreation Roundtable (ORR), voiced the association’s support for the final report recognizing the outdoor recreation industry as a significant contributor to the U.S. economy.

Champion Athleticwear has opened the company’s first store in Chicago and the third in the U.S. overall.

The Times Square-based NFL Experience—a 40,000-square-foot attraction featuring a 4-D roller-coaster theater—is closing doors on September 30 after being open for just 10 months, according to the New York Post.

Gap Inc. announced the launch of Hill City, a men’s athleisure brand. Hill City is slated to launch mid-October available exclusively at hillcity.com, and pieces from the brand will also be displayed at 50 select Athleta locations.

Youth athletes in 21 states will be playing TackleBar, a safer version of football, this season. Players wear a helmet, shoulder pads and a harness around their waists with two foam bars that sit on the lower back that requires players to learn proper tackling technique.

As Amer Sports moves towards areas of faster growth, higher profitability and better asset efficiency, the company said apparel and footwear will be at the heart of the change.

With recognition that Puerto Rico remains in need of many essentials a year after Hurricane Maria devastated the territory, Skechers USA Inc. has donated 15,000 pairs of new shoes to children on the island.

REI Co-op is celebrating National Public Lands Day with more than 75 events across the country to steward and raise awareness for public lands.

Despite early reactionary setbacks to Nike’s reputation following the company’s decision to include former quarterback Colin Kaepernick as the face of the company’s new “Just Do It” campaign, a new report from Morning Consult finds the company’s standing has rebounded among the company’s core demographics.

The inaugural Racquet & Paddle Sports Conference will be held Jan. 23-25, 2019, and co-located with the PGA Merchandise Show in Orlando, FL.

The/Studio, an on-demand, custom manufacturing platform for product development based in Los Angeles, raised $11 million in a strategic Series A round led by Ignition Partners.

New York Road Runners (NYRR) released the organization’s annual Impact Report for Fiscal Year 2018 (April 2017-March 2018), which illustrates the organization’s commitment to make fitness and the sport of running accessible to people of all ages and abilities.

The National Association of Sporting Goods Wholesalers (NASGW), the association representing shooting sports wholesalers, manufacturers and their trade partners, has announced the nominees for this year’s NASGW Leadership Awards.

USA Cycling has launched a redesigned membership program highlighted by a new low-cost option for cycling enthusiasts and fans to become members of the sport’s National Governing Body.

Ski Magazine awarded highest honors to Aspen Snowmass, CO, and Smugglers’ Notch, VT, with the debut of the company’s Resorts of the Year issue.

Footwear company Crocs Inc. on Wednesday announced that the company has partnered with Susan G. Komen, the world’s leading breast cancer organization, to support the organization’s fight to save lives through a new, limited edition collection launching in time for National Breast Cancer Awareness month.

PVH Corp., one of the world’s largest apparel companies and owner of a family of brands that include Calvin Klein, Tommy Hilfiger, Van Heusen, Speedo, Warner’s and Izod, on Wednesday joined RE100, a global corporate leadership initiative moving businesses toward 100 percent renewable electricity.

Mountain Safety Research (MSR) extended the company’s partnership with the American Alpine Club and the club’s Craggin’ Classic Series, the national grassroots climbing festival, for the third year in a row.

Jackson State Athletics, along with the JSU Foundation, has entered a five-year partnership with Nike through BSN Sports for sports apparel and equipment.

The town council of North Smithfield, RI, has voted to ban the town’s local departments from purchasing Nike products, according to the Providence Journal.

The John Wesley Powell River History Museum will induct a class of three influential river runners into the River Runners Hall of Fame during their annual benefit banquet in Green River, UT, on September 29. Gaylord Staveley, Kenny Ross and Oars founder George Wendt will be honored at the event.

In an open letter to the outdoor industry, Grassroots Outdoor Alliance President Rich Hill addressed the organization’s concerns about the launch of Walmart’s premium outdoor platform. Hill called on the industry to “communicate openly, work together and resist the easy temptations of short-term thinking.”

Apparel, headwear and related accessories company Delta Apparel Inc. on Tuesday announced that the company’s board of directors has approved a new authorization under the company’s stock repurchase program for the repurchase of up to an additional $10 million of the company’s outstanding common stock, bringing the total amount authorized under the program to $60 million.

Rich Harper of the Outdoor Industry Association issued a statement regarding President Trump’s decision to impose $200 billion in tariffs on Chinese imports.

Outdoor co-op REI will be officially open for business in Vernon Hills, IL, on September 28.

Legendary Whitetails, an American clothing company for white-tailed deer hunters and their families, celebrates the hunt and the company’s heritage this season with a $1 million investment to promote hunting.

Perry Ellis International Inc. and the PGA Tour announced today an extension of their 14-year partnership through July 31, 2022, across all major channels of distribution.

The North Face launched a global campaign “to inspire the spirit of curiosity and enable a generation of new explorers through an expanded definition of exploration as a state of mind.” The campaign includes rapper/producer Pi’erre Bourne, snowboarder Jess Kimura, filmmaker Jimmy Chin and activist Mikhail Martin.

Lululemon Athletica Inc. announced the promotion of Sun Choe to the role of chief product officer.

California Gov. Jerry Brown (D) on Monday vetoed a bill to create the Office of Sustainable Outdoor Recreation in California, a bill which passed through the California legislature with overwhelming bipartisan support.

Big Rock Sports, headquartered in Graham, NC, sent out an e-mail to the company’s partners indicating that the company’s headquarters escaped damage from Hurricane Florence; the company’s office in Morehead City experienced minor damage, and Hamlet Distribution Center (RC) opened with a small crew on Monday and expects to “be back to full speed within the next couple of days.”

Family-owned and operated active lifestyle brands Aventura and Ecoths have partnered with the Continental Divide Trail Coalition (CDTC) as the official clothing sponsors.

City Paddle Festivals, a participatory three-stop Standup Paddleboard experience and celebration that connects some of the world’s most high profile cities (London, New York, Paris), hosted a massive number of fans and athletes for a day of SUP experiences, live music and a New York SUP Open, the second stop of the APP World Tour.

Although wildfires and smoke plagued many western states in July and August, as of Aug. 31, there has been very little negative impact on western mountain destinations, according to Inntopia.

Little Bellas on Monday announced a new partnership with 16 female ambassadors to help grow the mission of empowering girls through sport. Through communication and participation in the Little Bellas’ programs, these inspirational ambassadors will be instrumental in achieving programming in 25 states and 60 programs by 2022.

Rhone, the activewear and lifestyle brand, announced a partnership with The D10, a national tour that uses athletic competition to produce a profound impact on pediatric cancer research.

Major League Lacrosse (MLL) announced that the group owners voted unanimously to approve three significant changes to the league all designed to invest in the league’s players and further enhance the quality of competition on the field.

DSW Inc. appointed Ekta Singh-Bushell to the company’s board of directors.

StockX, the sneaker and luxury products marketplace, announced that the company has closed a $44 million Series B funding round co-led by global technology-focused investment firms GV (formerly Google Ventures) and Battery Ventures.

Implus, the provider of athletic, fitness and outdoor accessories, announced a strategic partnership with Interex Industries Inc. to distribute Stabil performance footwear traction products across all Canadian territories for the independent retail and safety, and industrial markets.

Rudy Project North America, exclusive distributors of Italian-made eyewear, helmets, prescription solutions and endurance sports gear, have announced they are consolidating their marketing, graphic design and public relations departments, which currently operate out of their Denver office, at their headquarters in San Clemente, CA.

Bloomingdale’s has partnered with TRX, the maker leader in fitness equipment and app-based training technology, on Carousel, an immersive, rotating pop-up shop inside select stores.