The first quarter financial results includes a pre-tax expense of $2.6 million related to the flow through of the write-up of inventory purchased in the Saucony acquisition as required by GAAP accounting rules. In addition, the current quarter includes pre-tax acquisition related integration expenses of $1.2 million. Also, during the first quarter, the Company adopted SFAS No. 123R, “Share-Based Payment”, the impact of which increased pre-tax expenses by approximately $700 thousand.

Excluding acquisition related integration costs and the flow through of the inventory write-up, net income would have been $10.6 million for the first quarter, while diluted earnings per share would have been $.28. See the section entitled “Non-GAAP Pro Forma Financial Measures” and the “Reconciliation of Non-GAAP Measures” provided in this release for additional description of these Non-GAAP Measures.

David Chamberlain, Chairman and CEO of Stride Rite, commented that the first quarter of 2006 was a solid start to the year. “The positive impact of Saucony sales and profits was evident in the quarter. We are on schedule with our integration of the Saucony business. On March 20th we moved the Saucony associates into our Lexington, Massachusetts headquarters and Saucony began shipping from our existing warehouse facility in Louisville, Kentucky.”

“The Children's Group net sales were impacted by the later Easter holiday this year and shifting of the preseason retail store event into the second quarter. Our company-owned retail stores same store growth percentages were down year-over-year as planned. March is off to a good start, and we expect strong second quarter retail store comparative sales to result in positive single digit comparative retail store sales for the half. Our 2006 retail strategy includes the addition of 33 new Stride Rite Children's stores for a total of 302 stores. In addition to the shift in the Easter holiday, our Stride Rite Children's wholesale sales have been impacted by several factors including: the changed strategy and buying patterns of certain department stores, the consolidation of May Company by Federated Department Stores, a shift in value channel strategy and a decline in the number of smaller accounts.

“Although the later Easter this year should result in improvement in the second quarter, we expect to continue to be impacted by those same factors and anticipate Stride Rite Children's wholesale sales to be down for the first half. Overall, we remain on strategy to continue growth in our Stride Rite children's business through new stores and positive same store comparative sales. We are projecting to end the half with a combined Stride Rite Children's Group sales increase.”

“Keds had a challenging first quarter. The moderate retail channel stabilized while the premium department store channel fell below last year, due to strong prior year sell-in. The value channel sales were also below last year. We are encouraged that a number of retailers are starting to enjoy solid Keds product movement and good profitability. Our operating profit margins continued to improve nicely in the brand.”

“Sperry Top-Sider enjoyed another strong quarter of sales and profits. Our products are strong, and we expect growth across all retail channels with particular success in the women's area. This brand has a great deal of positive momentum that should continue throughout the year.”

“Saucony domestic sales were in line with expectations as we continue to see strength in technical running and international. We feel positive about Saucony growth opportunities in 2007, including originals and children's product expansion.”

“International had strong sales and profits, helped in part by sales of Tommy Hilfiger products in Latin America and strong Saucony sales in Europe and Canada.”

“Our Tommy Hilfiger footwear sales were impacted by the soft business trends in the broader Tommy Hilfiger brand. We are focused on maximizing that business as we look for opportunities to improve profitability.”

“We had a solid start to 2006, building off the acquisition of Saucony. The addition of Saucony sales to our other brands has provided increased operating leverage. With sound strategies in place and strong management teams, we anticipate a year of meaningful progress and growth.”

Mr. Chamberlain continued, “Assuming reasonable retail and economic conditions in 2006, we are reaffirming our projected sales growth of 23% to 27% and earnings per share of $.82 – $.88, including a full year of Saucony financial results. Included in the projected earnings is the annual impact related to the expensing of stock options, which is projected at approximately $.05 per diluted share. In addition, these projections include the cost of sales impact related to the flow through of the write-up of inventory purchased in the Saucony acquisition, which reduced earnings per diluted share by $.04 in the first quarter. Acquisition related integration costs are estimated at approximately $2.5 million or $.04 per diluted share for the year and are also included in the earnings projections.”

Stride Rite Children's Group-Wholesale net sales decreased 17% for the quarter as compared to the prior year. This decrease was primarily attributable to the shift in the Easter holiday to second quarter, particularly in department stores and smaller independent retailers. In addition, fewer promotional product sales impacted the sales results.

Net sales in the Keds division decreased 8%. The strong prior year product sell-in to the premium channels and fewer sales this quarter in the value channel resulted in lower sales comparisons. Sperry Top-Sider net sales increased 21% for the first quarter on strong sales of men's and women's products, particularly in the marine and family shoe retail channels. Saucony net sales were $24.6 million for the first quarter of 2006. Saucony technical running product sales were strong in the quarter.

Net sales of Tommy Hilfiger men's and women's products for the first quarter decreased 18%, primarily due to a reductions in department store product sales, promotional product sales and an overall decline in the men's business. Last year's first quarter also had the sales of the Tommy H product line, which has since been discontinued.

Operating expenses increased 24% for the first quarter. As planned, the major operating cost increases were related to Saucony expenses, higher advertising costs and the Stride Rite Children's Group-Retail store expansion. Also contributing to the increase in operating expenses were integration costs and the impact of adopting SFAS No. 123R, “Share-Based Payment”.

Operating income increased 9% on a GAAP basis and was up 38% excluding the acquisition related integration costs ($1.2 million) and the flow through of the inventory write up ($2.6 million).

Inventories of $116 million were up 22% versus to the comparable period of 2005. The increase was due primarily to the addition of Saucony.

Cash and cash equivalents were $23 million at the end of the fiscal quarter with $95 million in outstanding debt. The outstanding debt increase versus year end is related to building inventory for spring sales. The Company initially borrowed $85 million in mid-September 2005 to fund the acquisition of Saucony. 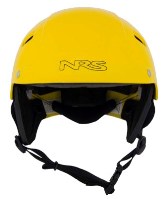