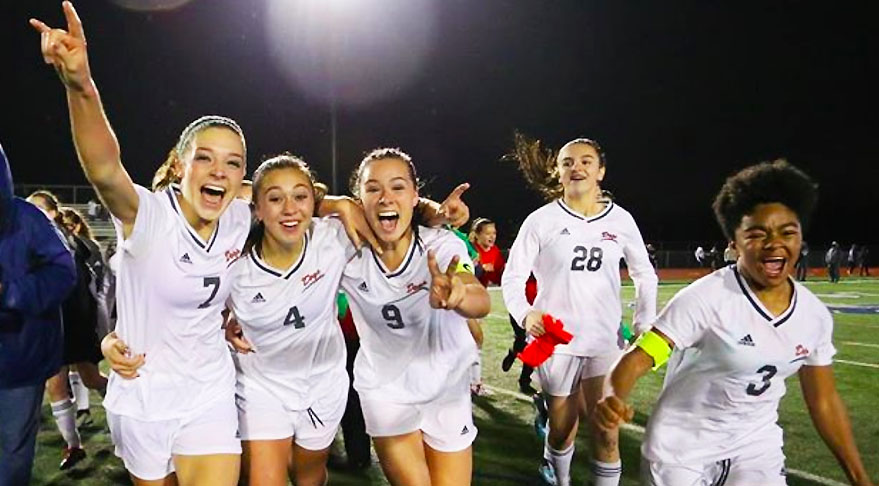 Team Sports Has A Positive Impact At The Workplace

Research from Eagle Hill Consulting finds that employees who participated in team sports at some point in their life are more likely to believe their work team exceeds its goals, trust their co-workers, and tap into their individual strengths every day on the job.

Eagle Hill Consulting noted that the report comes as more and more, businesses are moving toward team-based initiatives. Harvard Business Review reports that employees spend 50 percent more of their time on collaborative work than they did 20 years ago. Melissa Jezior, Eagle Hill’s president and CEO, said, in a statement, “Businesses that can figure out how to create a mission-driven culture that fosters teamwork broadly across the organization will have a competitive advantage.”

Spending at least two hours a week in nature may be a crucial threshold for promoting health and well-being, according to a large-scale study led by the University of Exeter and funded by the National Institute for Health Research.

The study found that people who spend at least 120 minutes in nature a week are significantly more likely to report good health and higher psychological well-being than those who don’t visit nature at all during an average week. However, no such benefits were found for people who visited natural settings such as town parks, woodlands, country parks and beaches for less than 120 minutes a week.

The study used data from nearly 20,000 people in England and found that it didn’t matter whether the 120 minutes was achieved in a single visit or over several shorter visits. It also found the 120-minute threshold applied to both men and women, to older and younger adults, across different occupational and ethnic groups, among those living in both rich and poor areas, and even among people with long term illnesses or disabilities.

Dr. Mat White, of the University of Exeter Medical School, who led the study, said in a statement, “It’s well known that getting outdoors in nature can be good for people’s health and well-being but until now we’ve not been able to say how much is enough. The majority of nature visits in this research took place within just two miles of home so even visiting local urban green spaces seems to be a good thing. Two hours a week is hopefully a realistic target for many people, especially given that it can be spread over an entire week to get the benefit.”

More than half of individuals with disabilities in the U.S. have increased their sports participation over the past five years, according to the Disability Inclusion in Sports Today survey released by TD Bank.

The bank surveyed 503 individuals with disabilities across the U.S. Among those currently involved in sports, 52 percent say their participation has increased compared to five years ago. This proportion is higher among those under age 40 (71 percent) and declines to 20 percent for people over 60.

The most popular activities among those with disabilities were found to be Walking, 62 percent; Swimming, 54 percent; Bicycling/Cycling, 36 percent; Golf, 26 percent; Running, also 26 percent; and Basketball, 23 percent.

Four of 10 individuals with disabilities surveyed across all age groups who currently do not participate in sports would like to do so. The top-cited ways to accelerate sports inclusion are by offering accessible training facilities or access, 53 percent; increasing awareness, 48 percent; expanding access to sports medicine, 36 percent; and enhancing funding, 35 percent.

Team Sports Is Associated With Less Depression In Boys

Research from Washington University in St. Louis has linked participation in team sports to larger hippocampal volumes in children and less depression in boys ages 9 to 11. Adult depression has long been associated with shrinkage of the hippocampus, a brain region that plays an important role in memory and response to stress.

“We found that involvement in sports, but not non-sport activities such as music or art, is related to greater hippocampal volume in both boys and girls, and is related to reduced depression in boys,” said Lisa Gorham, lead author of the study and a senior majoring in cognitive neuroscience in Arts & Sciences, in a statement.

These relationships were particularly strong for children participating in sports that involved structure, such as a school team, a non-school league or regular lessons, as compared to more informal engagement in sports, according to the study.

While other studies have shown the positive impact of exercise on depression and the link with hippocampal volume in adults, the study claims to be among the first to show that participation in team sports may have similar anti-depressant effects in preteen children.

Researchers at the University of Chicago have determined that the impact coaches have on a team’s success is significant, and that certain coaches are more effective than others.

According to research news website Futurity, the researchers from Chicago’s Harris School of Public Policy first came up with a new method for estimating coach effects called Randomization Inference for Leader Effects (RIFLE). A similar approach had been created to estimate the effects of political leaders on various economic and policy outcomes. Applying the method across MLB, NBA, NHL, NFL, college football and college basketball, the study found that coaches’ actions explain about 20 to 30 percent of the variation in a team’s success.

Some key findings, as reported by Futurity:

“Coaches are often credited or blamed for their team’s success or failure, and are compensated as if they are among the most important assets a franchise possesses,” said Christopher Berry, a professor at the Harris School. “We find that coaches do, in fact, matter — and suggestions that coaches are interchangeable, which has been the dominant view in the sports analytics community, are not true. In every sport we studied, we found that coaches impact variables that contribute to a higher winning percentage.”

Added associate professor and co-author Anthony Fowler, “Although virtually every aspect of player performance has been examined since the recent emergence of sports analytics, we wanted to bring the same level of rigor to coaches as there is for everyone else on the field at a major sporting event.”

Participating In Team Sports Can Extend Your Lifespan

A study from Saint Luke’s Mid America Heart Institute finds that the best types of exercise for improving life expectancy are social sports that involve playing with friends.

The study evaluated the different improvements in life expectancy associated with participation in various sports., Tennis, badminton, and soccer were found to outperform solitary strenuous exercise pursuits like running, swimming and cycling for boosting longevity. The least effective form of exercise was health club activities, including workouts on a treadmill and/or other indoor stationary exercise machines, which improved life expectancy only 1.5 years compared to a sedentary lifestyle. In contrast, the highly social activities like racquet sports, golf, and soccer increased life expectancy by 5 to 10 years. Running, swimming and cycling were in the middle of the pack, adding about 3 to 4 years of life compared to an inactive routine.

The Copenhagen City Heart Study, published in the journal Mayo Clinic Proceedings, is a long-term population study that collected and analyzed data about leisure-time physical activities on 8,577 study participants.

“It appears that the single most important feature of one’s exercise routine is that it should involve a play-date. Play is Mother Nature’s remedy for stress,” said Dr. James O’Keefe, a cardiologist at Saint Luke’s Mid America Heart Institute, in a statement. “If we are looking for an exercise to improve longevity, we would do well to get together regularly with at least one other person to do some physical activity that feels like fun.”

New Action Sports Store Divides His from Hers 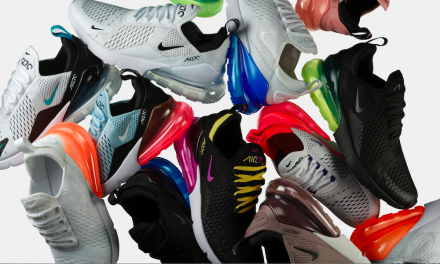