Sports Direct Burned By Outside Investments 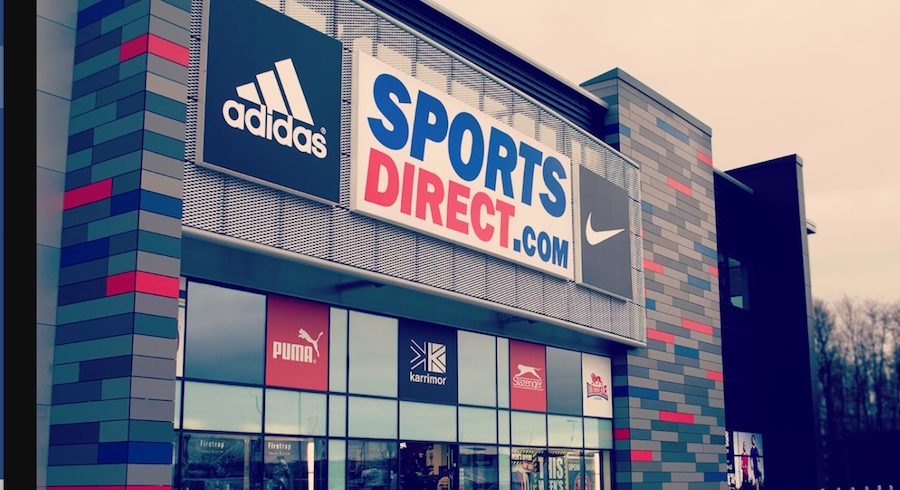 While underlying earnings are benefiting from its “Elevation” efforts to upgrade stores, Sports Direct reported that its new U.S. business, consisting of Bob’s Stores and Eastern Mountain Sports, showed loss in its fiscal year ended April 29 and a number of other investments aren’t paying off.

The biggest problem is its investment in Debenhams, the U.K. department store chain where Sports Direct has amassed a 30 percent stake for investment purposes. The full year included an £85.4 million negative impact due to a sharp loss in stock price for Debenhams.

As a result, companywide profits at Sports Direct plunged 72.5 percent in the year to £77.5 million from £281.6 million a year ago. The company had already been facing challenging comparisons since the year-ago period was boosted by the sale of Dunlop and JD Sports’ shares.

EBITDA improved 12.2 percent to £306.1 million from £272.7 million. The company had projected growth in underlying EBITDA during FY18 would range between a gain of 5 percent to 15 percent.

While much of the bottom-line improvement reflects success reducing expenses and currency benefits, Sports Direct said it’s finding success from its recent efforts to raise the profile of its bargain stores by upgrading assortments with a goal of becoming the “Selfridges of sport.”

Michael Murray, head of elevation, said in a statement, “The elevation strategy continues to exceed expectations. As the property pipeline and brand relationships accelerate, we are confident in achieving between a 5 percent and 15 percent improvement in Underlying EBITDA for the coming financial period.”

Group gross margin in the year decreased 130 basis points to 39.7 percent. This was largely due to acquisition accounting as a result of the purchase of the trade and assets of Bob’s Stores and EMS, and increased inventory provisions as all divisions invested in more significant product offerings.

Rest of World Retail margin was 30.0 percent, which includes acquisition adjustments, and that compares with 40.4 a year ago.

Group operating costs decreased 3.6 percent to £1.02 billion, largely as a result of non-recurrence of such significant provisioning as in FY17, as well as increased efficiencies through a degree of automation in the warehouse and rationalization in continental Europe.

As a result, Group underlying EBITDA (pre-Share Scheme costs) for the year was up 12.2 percent to £306.1 million.

Rest of World Retail recorded a loss of £22.3 million against positive EBITDA of £2.3 million.

The filing noted that Bob’s Stores and Eastern Mountain Sports, acquired in bankruptcy proceedings in May 2017, showed £9.2 million ($11.9 mm) in trading losses in the year. Sports Direct wrote in its financial statement, “Bobs and Eastern Mountain Sports has made a trading loss in year one as Sports Direct Group systems, processes and management are implemented. We expect implementation challenges to continue in year two.”

The report also noted that Sports Direct’s underlying EBITDA for the year reflected £17.5 million ($22.7 mm) of losses arising as a result of fair value accounting adjustments and accounting policy alignments related to the Bob’s Stores and EMS businesses. The acquisition of Bob’s and EMS marked Sports Direct’s entry into the U.S.

In his comments, Keith Hellawell, non-executive chairman, said that the improved profits in part reflected  improving sales in the UK due to its investments in elevating its store and online offerings. The company has opened a new generation of flagship stores continue to out-perform expectations.

“Our elevation strategy is seeing us open bigger and better stores, which enables us to strengthen our relationships with third party brands,” said Hellawell. “The result is that we are able to offer a greater range of choice, including as time goes on, more premium product lines. We are working with our suppliers towards our elevated stores offering good, better and best products across all categories. FY18 has seen us continue to strengthen our relationships with leading third party brands, including Adidas, Nike, Puma and Under Armour.”

Beyond improved top-line growth, earnings benefited from increased cost efficiencies that are starting to be seen in the UK and Europe. Improvements in currency hedging rates used year on year also supported the earnings gain with a strong Euro supporting European divisional results, said Hellawell.

In a research note, Jonathan Pritchard, of Peel Hunt, who has an “Add” rating on Sports Direct, commended Sports Direct for its progress with gross margin in its home U.K. market as well as cost-control programs. He wrote, “H2 was clearly a strong one from a profitability standpoint for Sports Direct, with costs extremely well controlled, and currency positively impacting the gross margin in the UK.”

Sales were “hard to come by” given the tough overall retail conditions in the U.K.  but he believes the strong start to FY19 due to better weather and England’s World Cup run means the company’s goal for 5 to 15 percent EBITDA growth “looks achievable.”

Pritchard did note that Sports Direct’s efforts at elevation clearly “is working, but it comes from a low base” and further upgrades will have a ceiling. Pritchard wrote, “The product range and client base are completely different to JD, and that will continue: Sports Direct will serve its shoppers in an increasingly appropriate way, but we’d say that there is no chance of it reverting back to the toe-to-toe battles with JD: the offers have completely diverged. That doesn’t mean that Sports Direct can’t continue to prosper in its territory, but we think that the upside from an elevation perspective is capped.”

At RBC Capital Markets, Richard Chamberlain, who has an “underperform” rating on Sports Direct, wrote in a note that sales were “a little soft” and inventories were ahead 30 percent year-over-year, “reflecting a tougher end to the year and a build of more premium product.”

RBC Capital Markets overall raised its EBITDA forecasts by 7 percent for FY19/20 due to the outperformance and thinks Sports Direct should be able to deliver double-digit EBITDA growth in FY19 due to the World-Cup benefit and favorable dollar-hedging.

“However we think valuation already reflects a robust recovery in earnings,” wrote Chamberlain, who has an “underperform” rating on Sports Direct. 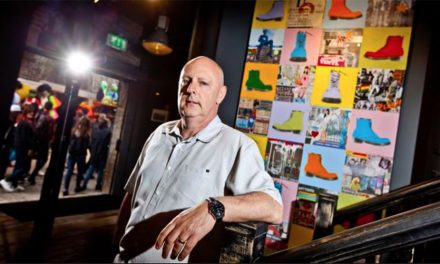 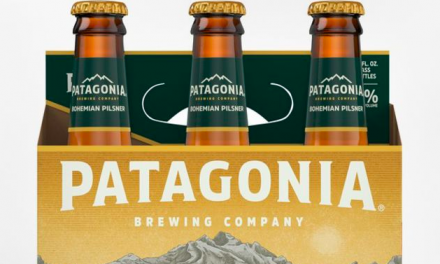