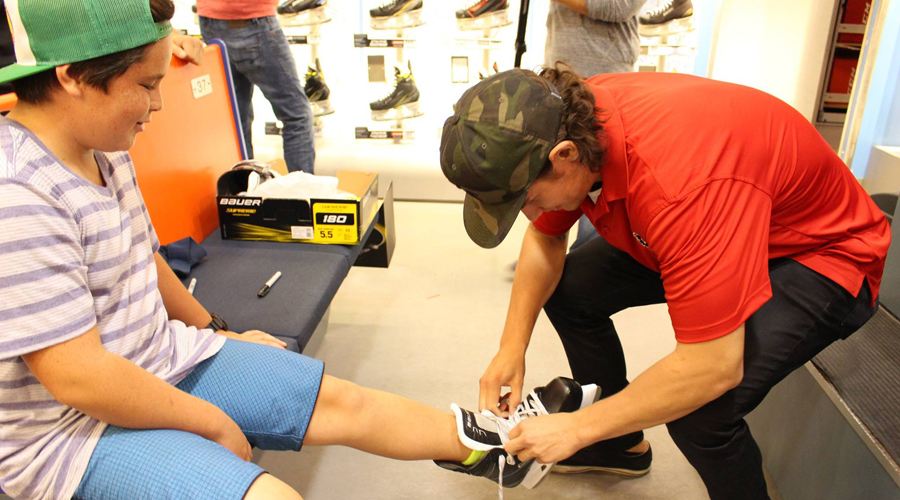 FGL Sports’ retail network also includes 92 Sports Experts, 67 Atmosphere outdoor specialty and 98 other owned and franchised stores. Altogether, the network’s retail sales grew 8.5 percent on top of 6.5 percent growth a year earlier. FGL Sports revenue, which consists of sales of merchandize, fulfillment and other services to franchisees, as well as retail sales through corporate-owned stores, increased 2.8 percent to CAD606.1 million. Wholesale revenues, however, rose just 0.5 percent to CAD298 per square foot, due to lower shipments to franchisees, who reduced orders due to the amount of winter gear carried over from first quarter of the year.

CapEx Forecast Slashed
Analysts focused most of their questions during Canadian Tire’s November 10 earnings call on the company’s decision to slash its capital spending forecast for the fiscal year to between $475 million and $500 million versus between $625 million and $650 million.

Wetmore attributed about $100 million of the reduction to lower IT spending, but said the company has shifted much of that money into a reserve fund that will be used to implement productivity projects that have proven themselves within Canadian Tire Corp.’s network of nearly 1,700 stores.

For instance, Sports Chek, which has led the company’s digital transformation, recently launched a same-day delivery pilot program and is in the process of implementing an order management system already in use by Mark’s, to determine whether it’s more efficient to fulfill orders from stores or distribution centers. The remaining $50 million in reduced capital spending reflects lower spending on new stores, renovations and other brick-and-mortar projects, following a five-year CAD3 billion capital spending binge that added 2 million square feet of retail space and remodeled dozens of Sport Chek stores.

“We are taking the time now to see, certainly, between a general fleet renovation versus a Hero store renovation, and what’s a better return for us and a better customer experience at the same time,” said FGL Sports President Duncan Fulton.