MasterCard Advisors SpendingPulse, which tracks national retail and services sales, said apparel sales were strong at U.S. retail for the month of June, although the gains were helped partially by easy comparisons. The Luxury and Restaurant categories continued to add momentum to their performance in May, while overall year-over-year growth was supported by gasoline and grocery sales.

The Electronics and Appliances, Furniture and Furnishings and Department Stores sectors remained in negative territory.

Michael McNamara, vice president, research and analysis for MasterCard Advisors SpendingPulse, noted the impact of a number of external factors.

“As we move into the summer, discretionary spending tends to shift to vacation-related categories, usually reflected in Travel sales and particularly in Lodging, although we are seeing some weakness in those areas. At the same time, June is peak season for weddings and graduations, and this may have helped the continuing strong growth of both Luxury and Jewelry sectors. Specialty apparel did well in June, though the growth stats were to some extent helped by some easy year-over-year comparisons given that in April 2010, this sector started to record some weakness that lasted a few months. June 2011’s weaker sectors included Electronics, where continued pricing pressure and the lack of new products may have led to a sharp year-over-year decline and the Furniture and Furnishings category, which recorded its fifth consecutive monthly sales drop, likely reflecting the state of the housing market.”

McNamara noted that broad retail growth continued to be hampered by high gas prices albeit they are coming down from their early May highs, as well as high unemployment. Those factors may have been further exacerbated in May by exceptionally wet weather in some parts of the country. “On the other hand,” he said, “unfavorable weather and high gasoline prices appear to have helped e-commerce to its eighth consecutive month of double-digit growth.”

Here are a few details for some specific U.S. retail sectors for June 2011:

Hoka One One Signs Triathlete Conrad Stoltz as Endorser 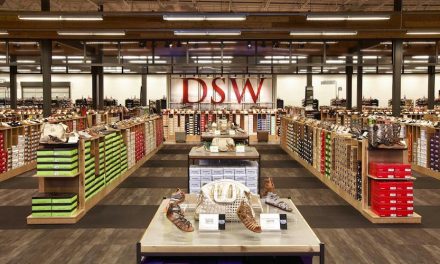