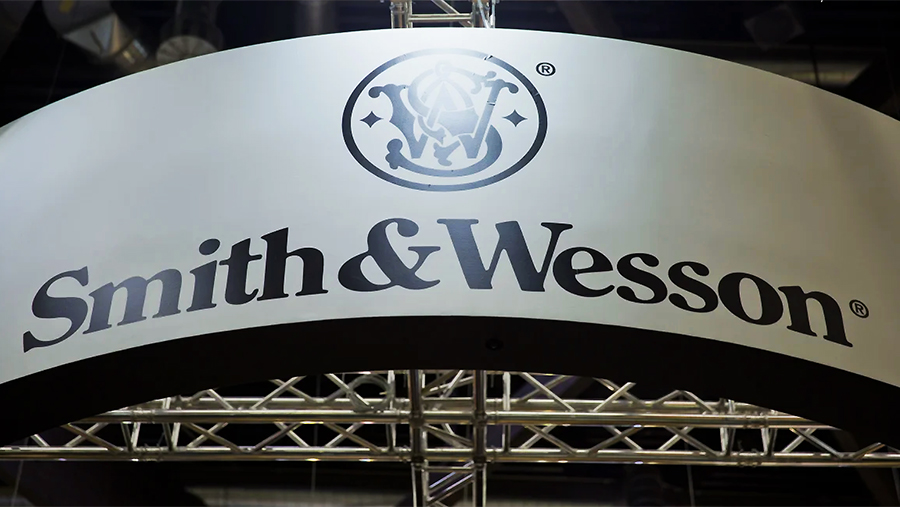 Smith & Wesson Brands, Inc. does not see a spike in firearms sales arising out of the latest pushes for gun-control legislation. Indeed, Mark Smith, president and CEO, predicted a decline in sales in its current year ended April 2023 as demand returns to calendar 2019 levels.

“Looking forward, we expect that throughout the remainder of FY23, market demand will continue to be down significantly from the pandemic surge levels of last year,” said Smith on the company’s fourth-quarter analyst call.

Smith said interest in the shooting sports “remains healthy,” noting that many of its channel partners confirm that many first-time gun users who arrived over the pandemic are returning to purchase additional firearms. However, inflationary pressures “on the pocketbooks of Main Street American households” could offset those incremental sales from newer gun users, and the overall firearms demand has diminished well below levels reached at the height of the pandemic.

Smith said, “We anticipate that demand in the firearms market this year will look a lot like calendar 2019.”

In the fiscal fourth quarter and year ended April 30, sales and earnings fell significantly against elevated demand in 2021.

Smith’s comments came despite reports that firearms sales have seen a run-up in certain U.S. states due to a series of new gun laws following mass shootings at a Buffalo supermarket and a Texas elementary school.

Smith addressed the recent mass shootings as he began his formal comments. He said, “I want to express the deep sorrow that all of us at Smith & Wesson feel for the victims of the unthinkable acts of evil that had befallen our nation recently. It is impossible to rationalize the actions of these perpetrators of violence, especially those who show such disregard for the lives of the most innocent among us. Smith & Wesson continues to work closely with the ATF, industry partners, lawmakers, and law enforcement to find real solutions and augment existing programs that will have a meaningful impact in making our communities safer by keeping firearms out of the hands of criminals and the mentally unstable while always respecting the constitutional rights of law-abiding Americans. Please join me in offering prayers for our nation and communities but, most of all, for the families facing unimaginable loss.”

Smith said profitability and sales in the fourth quarter aligned with expectations. On a sequential basis, sales were up approximately 2 percent, reflecting slightly higher volumes despite NSSF-adjusted National Instant Criminal Background Check System (NICS) being down 3 percent over the same time frame.

“Compared to the prior-year period, we faced very difficult comps as 12 months ago, we were in the height of the pandemic surge, and we were able to leverage our flexible manufacturing model to outpace the competition significantly,” said Smith. “Therefore, and as expected, in comparison to last year’s fourth quarter, our revenue this year was significantly impacted by the overall normalization of consumer demand for firearms.”

During the fourth quarter last year, Smith & Wesson achieved record sales due to a nearly 60 percent increase in production capacity, combined with a demand that allowed every unit to sell quickly. During the current fourth quarter, demand weakened, as evidenced by NICS checks declining 14.5 percent against the prior year.

Deana McPherson, CFO, noted that the softer demand, combined with overall excess inventories in the distribution channel, resulted in an expected decline in shipments faster than the reduction in the mix.

McPherson said, “The unprecedented 18-month surge in demand for firearms began to moderate last summer as we saw adjusted NICS checks begin to no longer hit record levels and inventory in the channel begin to grow. Our ability to achieve record production and unit shipments throughout this time naturally has resulted in lower year-over-year sales in more recent quarters.”

Smith said that the average selling prices (ASP) in the latest quarter rose nearly 12 percent as Smith & Wesson was able to “make long-overdue pricing and product portfolio adjustments” amid hyper-demand during the surge. Unit volumes, however, were down approximately 50 percent from the prior year.

The year-over-year decrease in margin was due primarily to reduced volume and a shift in mix to certain lower-priced long guns and partially offset by the impact of two price increases, reduced spending and lower inventory reserve adjustments. In addition, last year included a $1.9 million accrual related to a special bonus paid to employees in recognition of their efforts in helping the company achieve $1 billion in annual sales.

On a sequential basis, gross margins improved by 20 basis points, with the margin rate still near the upper end of the company’s long-term financial model despite a significant deceleration in year-over-year net sales.

Operating expenses of $25.6 million for the quarter were $4.1 million lower than the prior-year comparable quarter, primarily due to reduced profit sharing and incentives, a reduction in wage and benefits due to vacant positions and lower distribution costs associated with lower shipments and reduced legal expenses. Partially offsetting these cost reductions was an increase of $0.5 million associated with the company’s relocation and increased spending on co-op advertising, local territorial promotion costs and digital advertising.

As a percent of sales, operating expenses were 14.1 percent, up from 9.2 percent a year ago due to lower sales.

On an adjusted basis, non-GAAP net income was down 58.0 percent to $37.6 million, or 82 cents, from $89.6 million, or $1.71, a year ago.
Adjusted earnings exclude costs related to the planned relocation of its headquarters and certain manufacturing and distribution operations to Tennessee, the spin-off of the outdoor products and accessories business in fiscal 2021, COVID-19-related expenses, and other costs.

Smith credited Smith & Wesson’s flexible manufacturing model for aligning costs with demand to help preserve margins. He said, “As we’ve pointed out many times before, not only does this model allow us to rapidly react to upswings in market demand, but it also allows us to maintain strong profitability during periods of sharp declines in revenue by keeping fixed costs low and manufacturing cost absorption rates high.”

Looking to the current fiscal year, inventory levels of distribution have been reduced from approximately 18 weeks in March to around 13 weeks currently.

“While still above our average target of eight weeks, our experience tells us that the number of weeks at any given time varies based on seasonality, mix and many other factors, and our distributors appear to feel comfortable with the levels of inventory that they are maintaining,” said McPherson. “With inventory now available in the channel, inflationary headwinds offset the increased market demand for firearms. And so from a top-line perspective, we believe calendar 2019 provides a good framework for modeling demand for our fiscal 2023.”

Given inflationary pressures and the costs associated with recruitment and its relocation to Tennessee, gross margins in fiscal 2023 are projected to decline from 2022 levels but remain within its long-term target range.

Operating expenses in fiscal 2023 are expected to be higher relative to 2022, reflecting approximately $10 million to $12 million in costs associated with the relocation and higher wage costs as staffing overhead recovers toward normal levels.

Smith said that while pricing actions have helped, inflation has accelerated at near-record levels in recent months for key inputs like material costs, transportation and labor, presenting a potential risk to margins over the near term.

He added, “We feel good about the relative position of our products and pricing versus our competitors’ offerings, and so we do not see heavy promotional activity as a significant risk. Additionally, our brand is a real asset, and we are comfortable that we could take pricing actions in the future if needed. All told, we remain confident in our ability to deliver full-year results that are within the long-term financial model we shared last year during our Investor Day, which, as a reminder, includes gross margins of 32 percent to 42 percent, EBITDA margins of 20 percent to 30 percent and generating more than $75 million in cash each year.”
Regarding inventory, Smith said certain categories like revolvers continue to face shortages, and overall inventories are “probably still under what we want them to be.” He noted that Smith & Wesson’s flexible model requires an adequate supply of inventory on hand should demand spike up. He said, “As we’ve talked about many times before, inventory for us in this industry is not necessarily such a bad thing. We go through ups and downs, and to be prepared and allow enough time for our flexible manufacturing model to kick in, we need inventory both in the channel and in our warehouses.”

Asked about the ruling, Smith said, “Just broadly on the ruling, \it simply clarifies that responsible, law-abiding citizens don’t need to ask the government’s permission to exercise their constitutional rights. We obviously agree with this. And insofar as impact to concealed carry in our products, concealed carry is a pretty big portion of our market. We expect as it expands the access of those products to those law-abiding citizens that that will have a positive impact on us. What that is probably too early to tell.”