Smith & Wesson Holding Corp. reported sales from continuing operations for the fourth quarter ended April 30 were a
record $129.8 million, up 27.7 percent from the fourth quarter last
year.  The increase was driven by strong sales of M&P polymer
pistols and M&P modern sporting rifles.

Gross profit for the fourth quarter was $46.9 million, or 36.1 percent of net sales, compared with gross profit of $31.2 million, or 30.7 percent of net sales, for the comparable quarter last year.  Gross profit was positively impacted in the quarter by significant one-time benefits relating to reductions in inventory and legal reserves.  In addition, the higher production volume allowed for increased overhead absorption.  Higher sales volume, cost savings efforts, reduced promotion costs, and a favorable product mix also contributed to the improvement.

Full Year Fiscal 2012 Financial Highlights
Net sales from continuing operations for the full fiscal year were a record $412.0 million compared with $342.2 million for the prior fiscal year, an increase of 20.4 percent.

Gross profit was 31.1 percent compared with 30.6 percent for the prior fiscal year.

James Debney, Smith & Wesson Holding Corporation President and Chief Executive Officer, stated, “Our objective in fiscal 2012 was to streamline the company and focus on our position as a leading, pure-play firearm company.  We are very pleased with our results, which include record annual and fourth quarter net sales and profits.  In the fourth quarter, we continued to deliver strong sales growth with our world-class products, including our M&P polymer pistols and our M&P modern sporting rifles.  We continued to increase our manufacturing capacity and outsourcing capabilities, and our rapid acceleration of those efforts, combined with outstanding execution by our operations team, allowed us to capture incremental sales.  Our M&P brand continues to be well accepted by consumers.  We added a new member to the M&P family in the quarter with the highly successful launch of our new M&P Shield.  The M&P Shield offers consumers a polymer pistol with an easily concealed one-inch profile, combined with professional-grade features, simple operation, and reliable performance.  Acceptance of the M&P Shield in the market has been fantastic.”

Jeffrey D. Buchanan, Executive Vice President and Chief Financial Officer, stated, “In fiscal 2012, our growing cash position allowed us to pay down $30.0 million of debt and increase our manufacturing capacity without accessing our line of credit. As we move into fiscal 2013, we will use the strength of our balance sheet to continue investing in our business.  Recently, and after the end of the fiscal year, our strong cash position provided us the opportunity to enter the bond market and begin to repurchase our senior notes.  Thus far, we have purchased $6.4 million of the notes.  Overall, our growth in fiscal 2012 helped lay a solid fiscal foundation for the further expected improvement that is reflected in our financial guidance for fiscal 2013.” 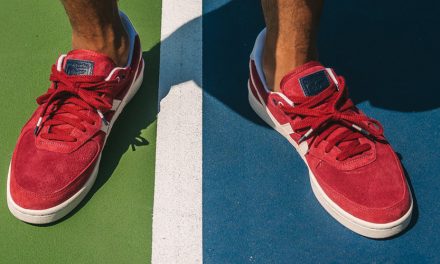