The Finish Line Inc. reported earnings slid 25.2 percent in its first quarter ended June 2, due to planned investments in its omni-channel strategy. Consolidated net sales, inclusive of Finish Line and The Running Company, increased 6.5 percent to $319.0 million. Finish Line comparable store sales increased 8.0 percent on top of a 6.5 percent increase for the same period a year ago.

Earnings reached $12.3 million, or 24 cents a share, down from $16.4 million, or 30 cents a share. Digital sales, which are included in the comparable store sales results, were up 28.1 percent.

“Our
first quarter comparable sales performance reinforces the Finish Line’s
status as a premier destination for athletic footwear,” said Chairman
and Chief Executive Officer Glenn Lyon. “We are bringing the marquee
brands and top products in our space to our consumers across multiple
channels in an increasingly diverse way. As the consumer continues to
redefine the retail experience, we are making investments behind an
omni-channel strategy that we believe will strengthen our vendor
relationships and enhance our connection with consumers. While we are
still in the early stages of a multi-year transformation, I have great
confidence in this organization’s ability to successfully deliver on our
near-term promises while at the same time remain on a strategic course
towards $2 billion in total company sales and $2.50 in earnings per
share by fiscal 2016.”

Balance Sheet
As of June 2, 2012, consolidated
merchandise inventories increased 14.6 percent to $236.5 million
compared to $206.5 million as of May 28, 2011. For Finish Line,
merchandise inventories increased by 11.9 percent.
The company repurchased 1.5 million shares of its outstanding
common stock in the first quarter, totaling $32.4 million. The company
has 2.3 million shares remaining on its 5-million-share authorization.
As
of June 2, 2012, the company had no interest-bearing debt and $262.0
million in cash and cash equivalents, compared to $287.0 million a year
ago.
Outloo
k
Based on first quarter results, the company now
expects earnings per share for the fiscal year ending March 2, 2013 to
increase between 6 to 7 percent over the $1.53 in fiscal 2012, which
excludes the 7 cents impact from the 53rd week, up from its previous
guidance of mid-single digit growth. This guidance assumes an annual
comparable store sales increase of 5 to 6 percent. 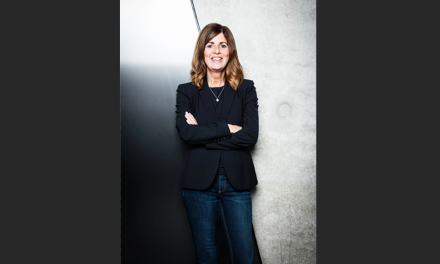