“We are again pleased to report record quarterly and nine-month sales. Our third quarter sales of $395 million were the highest quarterly sales in the Companys 15 year history, resulting in the Company surpassing $1 billion in sales in the first nine-months of our fiscal year,” began David Weinberg, chief operating officer of SKECHERS. “The improvement in our sales was the result of growth across all channels of distribution  domestic and international wholesale and retail, and our e-commerce business  a testament to the strength of our brand around the world.”

Fred Schneider, chief financial officer, added: “We are pleased that, in spite of a difficult retail and consumer environment and our incurring of costs associated with refocusing some of our fashion brand initiatives, the Company was able to achieve better than forecasted bottom line results.”

Gross profit for the third quarter of 2007 was $171.7 million or 43.5% of net sales compared to $146.3 million or 44.2% of net sales in the third quarter of last year. The slightly lower gross margin from the prior year is due principally to lower margins in our domestic wholesale business, in part resulting from the closing of our Michelle K footwear and Kitson apparel and footwear lines in the quarter. Gross profit for the first nine months of 2007 was $472.7 million or 43.3% of sales versus $395.4 million or 43.9% of sales in the first nine months of the prior year.

Robert Greenberg, SKECHERS chief executive officer, commented: “We just completed a record quarter, one that was just shy of $400 million. Our much improved quarterly sales wouldnt be possible without a great product offering  including the new Cali Gear by SKECHERS line and our now proven Marc Ecko and Zoo York footwear lines  supported by a targeted approach to advertising. Domestically, the brand continues to grow at a steady, strong rate  which we are particularly satisfied with due to the reported tough back-to-school retail environment. Internationally, where we continue to see tremendous potential, our sales are growing at mid double-digit rates  including key markets such as United Kingdom and Canada. We are gratified by this growth, and are optimistic about the launch this quarter of our brand in Brazil, a country we see as virtually untapped. We continue to build an exceptional product that is relevant for the global footwear market, and believe that our current focused product offering and marketing will drive sales through this year and the coming year, resulting in continued record sales.”

“It is important to note that 2006 fourth quarter results were particularly strong  up over 36 percent from the prior year  and that quarter benefited from our catching up with inventory positions during 2006. We believe our fourth quarter 2007 sales will be in-line with last years quarterly sales which demonstrates the continued strength of our brand, considering the current domestic retail environment and the discontinuing of some of the fashion brands. We continue to see positive retail comps, and very strong international sales,” stated Mr. Weinberg. “We are focusing on growing our key brands where we continue to see many opportunities; further building our own retail store base with an additional thirteen stores in the fourth quarter and improving our wholesale distribution around the world. Our current positive indicators, including our double digit backlog leads us to believe that our positive sales momentum will continue in 2008.”

The company expects fourth quarter sales to be in the range of $305.0 million to $315.0 million and diluted earnings per share of between 26 cents and 31 cents. Embedded in this guidance is the assumption that with the repositioning of 310 Motoring and the closing of Michelle K and the Kitson footwear and apparel lines, full-margin sales will be reduced by approximately $8 million from the prior years corresponding quarter. For the full 2007 year, the company expects sales to be in the range of $1.397 billion and $1.407 billion and earnings per share between $1.63 and $1.68. 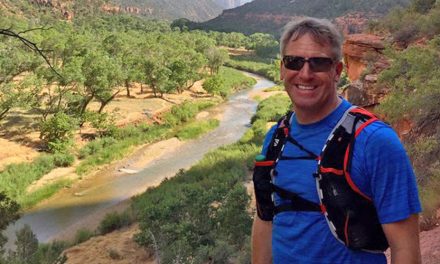