Inside The Call: Skechers’ Q1 Tops Expectations On China Boost 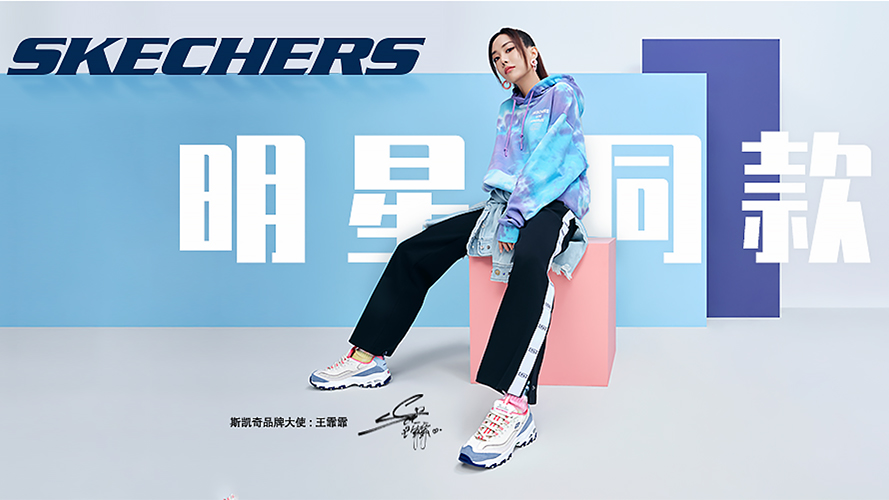 ‘We welcome all of our competitors to pull out of the wholesale market if they so choose, because we stand ready to serve those customers, many of them we work very closely with to support the brand,” said John Vandemore, CFO, on a conference call. An analyst had asked about the opportunity for Skechers presented as a “large competitor” exits several wholesale accounts.

Vandemore said Skechers had supported its retail partners partly by not raising prices as the overall market has dealt with inventory imbalances due to port congestion and other supply chain challenges. He also said Skechers’ comfort technology products continue to resonate with the shift to casual dressing during the pandemic.

First-Quarter Results Beat The Street
In the first quarter ended March 31, earnings doubled to $98.6 million, or 63 cents a share, from $49.1 million, or 32 cents, a year ago. Results handily topped Wall Street’s consensus estimate of 49 cents.

Revenues reached $1.43 billion, an increase of 15.0 percent and a quarterly record. Wall Street’s consensus estimate had been $1.35 billion.

Sales in the quarter also increased 11.9 percent, increasing over the first quarter of 2019, which was then a record for the period. Skechers provided comparisons to 2019 in many instances since 2020’s results were heavily impacted by shutdowns as the pandemic emerged.

“As is the case with most businesses, the pandemic continued to impact Skechers, but the high demand for our comfort technology product resulted in a strong beginning to 2021, and it feels reminiscent of 2019,” said David Weinberg, COO, on the investor call.

Weinberg said sell-through across customer types and categories exceeded expectations in many markets, with the brand’s focus on value and comfort continuing to resonate. He added, “Consumers are returning to a new normalcy, one that involves more walking, more comfort on the job and a casual lifestyle mindset. We are a natural choice for any demographic worldwide with comfort technology at our core.”

China’s Sales Jump 174 Percent
The star region in the quarter was China, which jumped 174 percent in the period and ran ahead 45.5 percent compared to the first quarter of 2019.

Weinberg said Skechers continues to benefit as more Chinese move into the middle class. He also said the brand hadn’t been impacted by boycotts faced by some Western brands. H&M, Nike and Adidas are among the brands facing boycotts in China because of stands taken against the alleged use of forced labor to produce cotton in Xinjiang.

The growth in China helped drive Skechers’ overall international wholesale business ahead 23.8 percent for the first quarter against 2020 and up 13 percent from 2019.

The international wholesale growth was partially offset by decreases in its subsidiary and distributor businesses. Subsidiary sales decreased 4.8 percent from 2020 but improved 4.2 percent from 2019. The first quarter 2021 decrease was due to temporary closures and reduced operating hours in Spain and Italy, and especially in the U.K., where businesses were closed for the entire quarter.

Said Weinberg, “Where markets were open, sales were strong, including Germany, India and Canada. Our distributor business was down 6.5 percent from last year, yet several markets experienced growth in the quarter, specifically Russia, Taiwan, Turkey, and Ukraine. We believe we will continue to see improvements in our distributor business in the second quarter and the remainder of the year.”

Weinberg said domestic wholesale sales were negatively impacted by logistical challenges, which caused slower replenishment and product shipments to some accounts. Skechers said the challenges led by unfavorable timing of shipments to customers are expected to benefit the second quarter.

Vandemore said domestic wholesale’s sales improved 8.1 percent compared to the first quarter of 2019 and, he said, that growth rate is “more reflective of the positive underlying trends we are seeing with the majority of our domestic wholesale partners, particularly based on sell-through we observed in the back half of the quarter.”

Skechers DTC business increased 18.1 percent over 2020 and 13.1 percent over 2019, even though domestic operating hours were reduced by approximately 15 percent during January and February and 7 percent in March. In its international company-owned stores, 37 percent of the days available to sell were lost during the quarter.

“While we expected our e-commerce business to continue to perform exceptionally well, we were pleased with the increased traffic and sales in our domestic retail stores, especially in March, which we believe improved as more people became comfortable shopping and we ramped up our marketing efforts,” said Weinberg.

International DTC business gained 1.9 percent over the first quarter of 2020 and 4.4 percent over 2019. The growth was largely attributable to company-owned e-commerce sites and strength in Korea, India and Thailand, partially offset by ongoing temporary store closures due to stay-at-home guidelines across many markets, most notably in the United Kingdom. Said Weinberg, “While we are seeing some markets reopening this month, including England last week, other countries have extended, or reinstated, their lockdowns given the unpredictability of the coronavirus and its impact on many markets. We remain cautious about a return to normal traffic and sales in many international stores.”

Companywide gross margin increased 350 basis points to 47.6 percent due to increased margins in its international wholesale and DTC segments. The strong margin performance was driven by an increase in selling price across all channels and a favorable mix of e-commerce sales.

SG&A expenses increased 3.9 percent due to higher domestic marketing expenses and expenses tied to the reopening of certain markets internationally. As a percent of sales, SG&A was flat year-over-year. Earnings from operations were $157.7 million, a hike of 252 percent.

Inventories Ahead 8.3 Percent
Total inventory increased 8.3 percent year-over-year as of March 31, with the increase mainly attributable to higher inventories to support growth in China and government closures in Europe.

Weinberg said inventories are “in great shape,” with the company able to shift inventory from restricted to open markets.

“I think we handled the imbalances as well as anyone,” said Weinberg. “We weren’t significantly late. We delivered most on time. We were able to move things from countries that had closed down to countries that were operating. It’s part of our core competencies. Logistically we came through this as well as we could anticipate and spread the wealth to everybody we deliver to.”