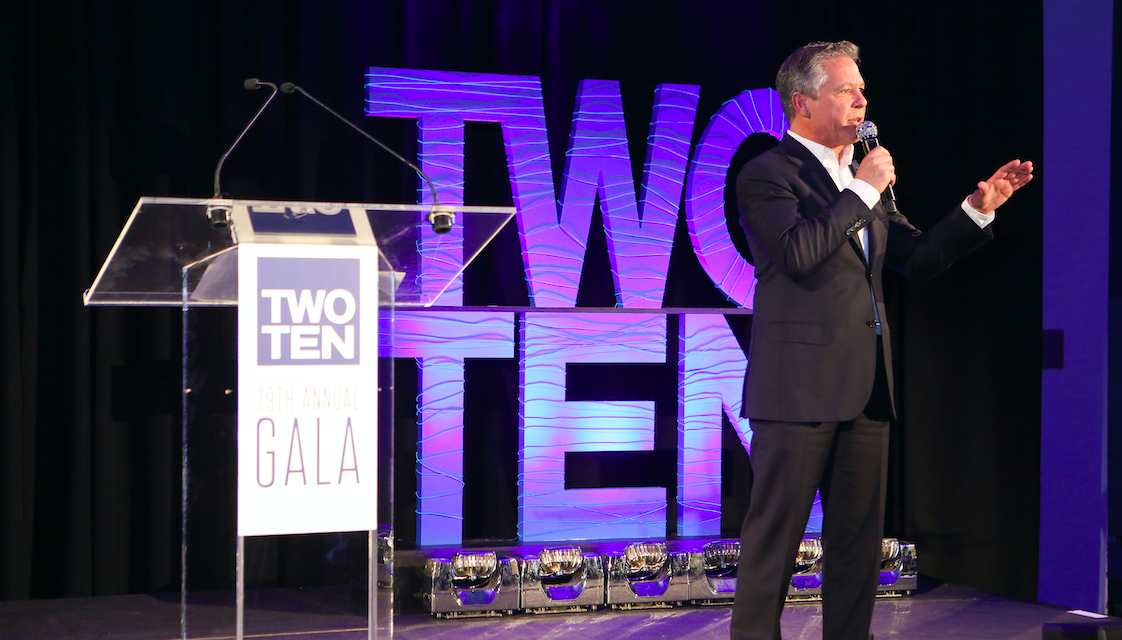 “Michael Greenberg doesn’t just give his name to causes; he gets deeply involved in them. Every event that he’s supported has thrived because of his passion and personal input,” said Neal Newman, president of Two Ten Footwear Foundation. “He has been a tremendous supporter for Two Ten, and has helped to change the lives of hundreds of footwear employees and their families facing a major life crisis, such as homelessness, a medical emergency, natural disaster recovery, or a job loss. With similar fervor, he’s built charitable events from the ground up – and he cultivates their growth with the same ambitious philosophy that has made Skechers a successful business empire. Two Ten is proud to award Michael with our highest honor. He sets an example for our industry to follow.”

Greenberg saw a need for children with special needs to benefit from a schoolwide mentorship program, and became involved in the South Bay Friendship Foundation in 2005. The Foundation has grown into a thriving organization that offers more than 30 school clubs across Southern California and over 60 classes and outings – from trips and summer camps to Dodgers sporting events. To support the Foundation and local schools, he established the Skechers Pier to Pier Walk (www.skechersfriendshipwalk.com) in 2009. Now California’s largest of its kind, the Nickelodeon-sponsored event has topped donations every year since its inception, gathering thousands every October to raise more than $11 million for the Foundation, schools and college scholarships for exceptional students nationwide.

In 2014, Greenberg honored his son by establishing the Harrison Greenberg Foundation, which raised $4 million to save and revive the historical Roundhouse Aquarium on Southern California’s Manhattan Beach Pier. Designed by world-renowned architectural firm CambridgeSeven, the new state-of-the-art teaching and experiential destination offers galleries, touch tanks, educational programs and camps free of charge to hundreds of thousands of visitors worldwide, including thousands of children throughout the community – some of whom are learning about marine life for the first time.

During Hurricane Katrina’s devastation in 2005, Greenberg reached out to support devastated communities, and has since launched a series of donation events for families affected by national disasters – most recently giving shoes, socks, apparel and backpacks to hurricane victims in Puerto Rico, as well as those affected by last month’s California wildfires. To date, the BOBS from Skechers charity footwear program has donated more than 15 million pairs of shoes to children in need throughout the United States and in more than 60 countries around the world.

“I’m moved and inspired to receive this year’s T. Kenyon Holly Award. And though honored, I feel that everything I’ve done has been based on need, and what any business leader should do,” began Michael Greenberg. “I truly believe that every company should give back in any way that they can, and that every human should do the same. The need is great locally, nationally and globally, and we are an industry of achievers. Together, our impact could be massive.”

The T. Kenyon Holly Award is presented to an individual in the footwear, leather or allied industries who exemplifies the spirit and character of the late T. Kenyon Holly, past president of Two Ten Footwear Foundation.

Skier Visits to Utah Down 6.5% This Year