High sell-throughs are pointing to strong season-to-date sales and prudent buying by specialty retailers. According to the SnowSports Industries America (SIA) Retail Audit, alpine skis, integrated systems, snowboards and vests, specifically, are looking at tight inventories through the end of January. The SIA Retail Audit tracks and reports sales in all snow sports product categories. This is the fourth report of six that look at sales through March 31, 2006, the end of the winter season.

Overall sales for the entire winter sport market (including specialty and chain stores), were up 9% in dollars to $1.8 billion for the August 2005 through January 2006 period, compared to $1.7 billion reported last year, according to the SIA Retail Audit. Unit sales were up 8%. Sales at specialty ski and snowboard shops were up 8% in dollars compared to last season. In dollars, that translates to $1.4 billion in sales compared to $1.3 billion for the same period last season. Unit sales were up from last season 6%.

“With rain pounding the entire eastern half of the country, sales at specialty stores finally slowed down in January. However, these declines were still not enough to erase the early season gains. Integrated systems, snowboard equipment, apparel and accessories continued to drive sales this season,” said Christine Martinez, market research manager for SIA, the not-for-profit industry trade group that represents manufacturers and distributors of snow sports products.

Continuing their strong start this season, specialty apparel sales (including tops, bottoms, suits and snowboard) are ahead 10% in dollars as compared to the same August through January period last season. By the end of January 2006, apparel sales totaled $453.8 million.

Insulated parka sales rose 12% in dollars this season over last with sales reaching $117.0 million by the end of January. Womens and junior insulated parkas, specifically, showed considerable dollar gains, each sub-category up 17% and 11%, respectively, over last period. Womens continue to lead the category with $56.7 million in sales. Through January, womens outsold mens 1.5 to 1. Juniors accounted for a significant 18% of all insulated parka dollars sold this season.
Softshell parka sales continue to thrive in specialty and chain stores. Dollar sales jumped 45% when comparing this period to the same period a year ago, reaching $18.3 million in sales by the end of January. At the end of January, softshells were 58% sold-through.

As with insulated parkas, the softshell parka category attributed their increase to womens and junior parkas. Womens and juniors demonstrated impressive dollar increases, 86% and 602%, respectively.

Shell parkas continue to hold their own with a moderate 16% dollar gain over the same August through January period last year. Sales grew to $45.5 million by the end of January. Junior shell parkas are gaining in popularity, up 38% in dollar sales over last season. Even with the dramatic sales increase, juniors only accounted for 4% of all shell dollars sold.

Vests (no fleece) and fleece (includes vests) continue to generate the increase in sales which began last season. Dollar sales were up for both categories, 37% and 14%, respectively, over last season. This is the second year of double digit growth for vests for the August to January period.

The accessories category in specialty stores also grew from this period over last, up 10% in dollars and reaching $446.8 million by the end of January. The apparel accessories category increased sales 7% over the same period last year, totaling $244.2 million by the end of this period. Winter boots (up 10%), gloves (up 21%), mitts (up 15%), base layer (up 4%), headwear (up 1%) and neck gaiters (up 15%) contributed to this dollar increase.

From August through January 2006, snowboard equipment sales (including snowboards, boots and bindings) were up 9% in dollars with sales totaling $175.4 million. Snowboards (up 9% to $80.1 million), boots (up 8% to $50.9 million) and bindings (up 11% to $44.4 million) all experienced dollar increases this season over last.

Step-in boots and bindings continued their decline this season, with 59% and 56% declines, respectively, in dollar sales over last season.

Overall equipment sales (alpine, snowboard, Nordic, Telemark and Randonee/AT) were up 5% in dollars as compared to last season with sales totaling $506.8 million from August through January 2006. In specialty stores, alpine ski equipment (including skis, ski systems, boots, bindings and poles) grew 4% in dollars this season over last.

Add integrated systems to alpine skis and total dollar sales increased 5%. Alpine skis, excluding integrated systems, fell 11% in dollars over last season, ending January with $70.6 million in sales. End-January inventory stood at 178,000 units, 52,000 fewer units than at the end of January 2005 — a 23% decline. At the end of January, all bindingless skis were 59% sold-through.

Twintip ski sales continue to impress, up 65% in dollars and reaching $7.5 million in sales by the end of this period. January inventories were 50% greater than they were last January and the category was still 55% sold-through. Fat alpine skis continue to sell with an increase of 37% in dollars over last season. Though still a small category with only 3,000 units sold season-to-date, super fat skis leapt 151% in dollars.

Carve skis, 17% of all flat skis sold, are down 25% in dollar sales. Midfat alpine skis, 26% of all alpine ski dollars sold this season, down from 32% of all dollars last season-to-date, fell 26% in dollars when compared to the same August through January period last season.

From August through January 2006, total alpine boot sales had increased 7% in dollars ($122.4 million in sales). Through January, 495,000 pairs of alpine boots were sold — 84,000 more units than all integrated systems and alpine skis combined.

Alpine boots aimed at intermediates grew the fastest. Dollars increased for high performance boots (up 6%), sport performance boots, (up 19%) and recreation boots (up 26%). Carryover boot sales fell 24% in dollars and accounted for 6% of all boot units sold, down from 10% for the same period in the 04/05 season. Junior boots are still going strong with dollars increasing 7% over last season. Through January, total units sold stood at 106,000 — nearly 6,000 more units than the combined number of junior skis and junior integrated systems sold.

DIN 8-11 bindings, 38% of all binding units sold season-to-date (down from 45% last season) fell 30% in dollars. Higher-end performance DIN 12-14 bindings (34% of all units sold so far this season) declined only 2%. Similar to junior ski sales, junior alpine binding sales grew 11% in dollars. Through January, junior binding sales totaled 82,000 units, only 6,000 units fewer than the number of junior skis sold in the same period.

The alpine pole category is up 16% in dollars over last season in part due to a 25% increase in adult poles (79% of all pole units sold this season).

The Nordic ski equipment category is showing a slight decrease of 1% in dollars this season over last. Nordic skis (down 2% to $9.9 million), boots (down 4% to $8.4 million) and bindings (down 2% to $3.4 million) all experienced dollar declines. However, Nordic poles managed a 19% hike as compared to the same period last season.

Last seasons early snow in the West may be playing a factor in the slipping sales (dollars down 8%) of Telemark ski equipment. Sales of Telemark boots and bindings dropped in dollars 9% and 19%, respectively. Telemark ski sales ended the August through January period up 1% with sales reaching $1.5 million. 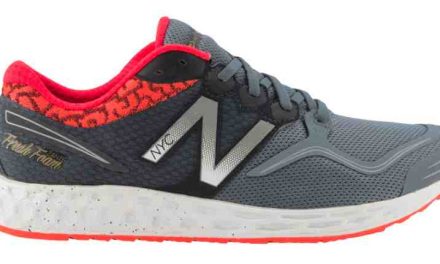