Shoe Carnival, Inc. continued to see more of its athletic footwear business in the second quarter move to low-profile product sales that are reflected in its non-athletic casual footwear classification, but improving merchandise margins and flat operating margins helped the retailer post a mid-single-increase in earnings for the quarter through July. Wall Street liked what they saw here as well, as SCVL shares finished up 19.2% for the week to close at $24.73 for the week.

Athletic footwear comps were down 6% for the period, a decline that was nearly offset 2.4% in their other product categories.

Shoe Carnival is also seeing the shift in the back-to-school business into August from July. Mark Lemond, Shoe Carnival president and CEO, said that the comp decline in the last week of July accounted for 75% of the total comp sales decline for the quarter. He said the August business has “rebounded nicely” and is showing positive comps for the month-to-date period.

The non-athletic women’s business was up in low-single-digits, while men’s was up mid-single-digits and children’s, which includes children’s athletics, was “just above breakeven.”

The womens dress business was up in high-singles and the juniors business posted double-digit growth, driven by dress sandals, platforms, wedges, espadrilles, and low-profile fashion athletic product. The womens non-athletic business was 27% of total sales for the period, up from 26% in Q2 last year, getting closer to the 28% to 30% goal that management has set.

In mens non-athletic, SCVL generated double-digit increases in both the young mens casual category, which was driven by low-profile fashion athletic and thongs, as well as the sandal category. Management said that average selling prices and gross margins both experienced “dramatic improvement” in mens non-athletic.

In the childrens business, the retailer saw a similar flat trend in athletic and non-athletic. They saw a shift from the girls sandal category to “Crocs-like” foam clogs and also saw “healthy increases” in the sport and thong sandal categories in boys.

In the athletic business, SCVL said that technical running and skate shoes continued to sell well, but the increase was more than offset by weakness in basketball and classics and the shift in fashion to the low-profile look.

The womens athletic business was down in high-single-digits, but womens running, which Carnival said is their most profitable category, comped positive for the period thanks to “very strong increases in performance running. The mens athletic business was off in mid-singles, with strength coming from performance running, skate, and cross-training.

Cliff Sifford, the retailers SVP & GMM, said they are starting to see some of the utility boot business come back. He also said that shearling boots, which were very strong even for BTS last year, were not showing strength this year and they do not expect it to pick up either.
Inventories were down one percent on a per store basis at quarter-end.

SCVL expects that diluted EPS for the third quarter will range between 55 cents and 57 cents per share based on a 1% to 2% comp store sales gain for the period. Full year diluted EPS are seen in the $1.65 to $1.70 per share range. 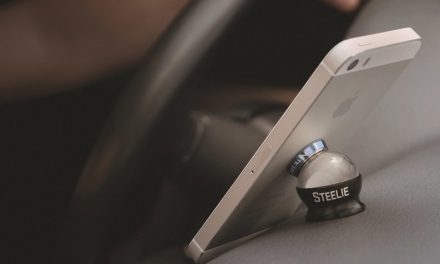