“As we previously reported, our second quarter earnings reflected lower than expected sales in both our domestic and international operations,” stated Matthew D. Serra, Foot Locker, Inc.’s Chairman and Chief Executive Officer. “While the sales and earnings shortfalls were most pronounced at our European stores, sales in our U.S. stores also softened, particularly late in the month of July. In the U.S., we believe this partially reflects a later start than last year to the back-to-school selling season. While our business in Europe remains very profitable in total, we were required to write down the value of certain underperforming assets under the provisions of SFAS No. 144.”

Mr. Serra continued, “Given the continuing challenging athletic retail environment in Europe and recent softening sales trends in U.S. markets, we believe it is prudent to take a cautious stand on the outlook for the balance of the year. As a result, we now see earnings per share from continuing operations for the full year of 2006 to be in the range of $1.52 to $1.62 before the non-cash charge ($1.44 to $1.54 after the non-cash charge).”

During the second quarter, the Company opened 38 new stores; remodeled/relocated 126 stores and closed 21 stores. At July 29, 2006, the Company operated 3,894 stores in 20 countries in North America, Europe and Australia. In addition, two Company franchised stores were opened in the Middle East, one in Kuwait and another in Saudi Arabia.

The Company ended the second quarter with cash and short-term investments totaling $318 million. Its cash position, net of debt increased by $34 million from the same time last year. After the close of its second quarter, the Company repurchased $22 million of its 8.5 percent bonds, due in 2022, at a discount to face value, in line with its objective to redeploy its cash flow to enhance shareholder value while maintaining a strong financial position. 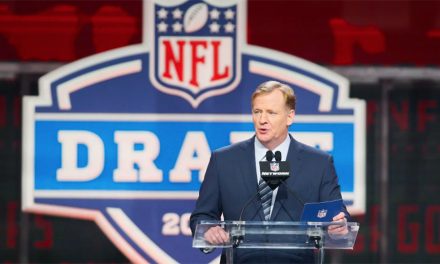