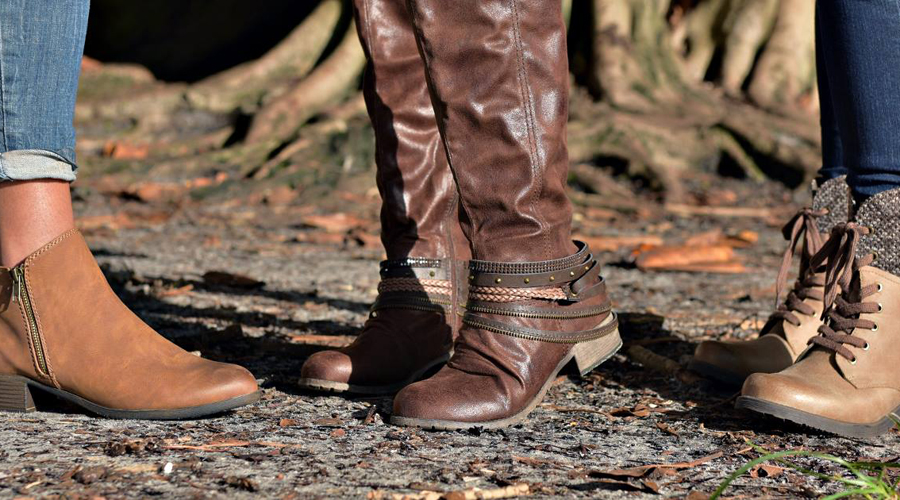 Like its competitors — Famous Footwear and DSW — Shoe Carnival (Nasdaq:SCVL) found ongoing momentum in athletic footwear in the third quarter, but warm weather led to a shortfall in boot sales.

While Famous Footwear’s parent Caleres Inc. maintained its guidance for the year and DSW raised its outlook, Shoe Carnival was forced to lower its expectations as boot sales continued to slide by double-digit percentages (in the teens) in November. Investors sent the retailer’s stock down more than 12 percent November 29, to below $27 per share, following the results.

On a conference call with analysts, Cliff Sifford, president & CEO, noted that as company officials have previously mentioned, customers shopped not only closer to the start of school during the quarter, but continued to shop well after school began. While not a new trend, it was “more pronounced than we have seen it in previous years,” Sifford said. The delayed shopping led to a 2.9 percent comp hike in the first two weeks of September. However, comps started declining afterwards with the end of back-to-school season and warmer, summer-like weather “not supporting our customer’s need to buy fall and winter footwear,” Sifford said. Boots wound up declining by low-teen percentages for the two-month period of September and October combined. Sandals sales were up in the twenties and athletic sales were up in the low singles, both on a comp basis, but neither category was able to offset the declines in boots. As a result, same-store sales dipped 0.4 percent for the quarter compared to a 6 percent comp increase in the year-ago quarter. Net sales increased 1.8 percent to $269.7 million.

Gross margins in the quarter decreased slightly to 29.9 percent from 30.1 percent in the same period a year ago. The decline reflected a 30-basis-point increase in buying, distribution and occupancy expenses. Merchandise margin increased 0.1 percent, with margin increases in both non-athletic and athletic merchandise mostly offset by an increase in expenses related to multi-channel sales initiatives. SG&A expenses increased $0.4 million to $66.6 million. As a percentage of sales, these expenses decreased to 24.3 percent from 24.5 percent in the third quarter of fiscal 2015.

By category, women’s non-athletic ended the quarter down mid single digits on a comp basis due to a mid-teens drop in boots. Booties continued to perform “extremely well throughout the quarter, but it was not enough to overcome the losses we experienced in the other classifications that are normally driven by seasonally cooler weather,” Sifford said.

Inventories were down 3.9 percent on a per-store basis at the end of the quarter. The company’s goal is to reduce its per-door inventories to the mid-single-digit range by year end. For the current quarter, Shoe Carnival expects comparable-store sales to be in the range of down 1 percent to up 1 percent.

With unseasonably warm weather continuing in the first two weeks of November, boot sales have declined in the teens during the month, short of plan. Sifford said Shoe Carnival has become more promotional to drive the boot category, but “strong headwinds with promotional cadence all around us, including the department stores, affected our Thanksgiving and Black Friday time period.”

On the positive side, athletic categories performed better than internal plans, finishing November with a high-single-digit comp increase. Added Sifford, “We continue to believe the positive athletic sales trend we have experienced over the past several years will continue to grow, as new casual categories and lifestyle product gain momentum.” He also noted that the retailer’s athletic push is being supported by the hiring of Clint Pierce, formerly at Sports Authority, as VP divisional merchandise manager for athletic footwear.

Besides athletic, the fourth quarter is expected to benefit from tax refunds arriving at the beginning in January versus a delay that caused them to start landing in February 2016. But both factors, however, will only partly offset the shortfall in boots. Sifford noted that Shoe Carnival has made significant progress with its multi-channel initiatives. Both buy-online, pick-up-in-store and buy-online, ship-to-store were launched during the quarter and the company is “very pleased with the early results” of the program, Sifford said. Vendor drop shipping will launch in 2017.

The company’s Shoe Perks loyalty program added approximately 1.1 million new members to bring total membership to more than 12 million. Members spent on average of 21 percent more per transaction than non-members and accounted for 67 percent of net sales. The retailer is working on better identifying its high-value members for special targeted communications.

Concluded Sifford, “While I’m disappointed in our recent sales trend, our team remains focused on the execution of our multi-channel strategic initiatives to fuel future growth in sales and profitability.”