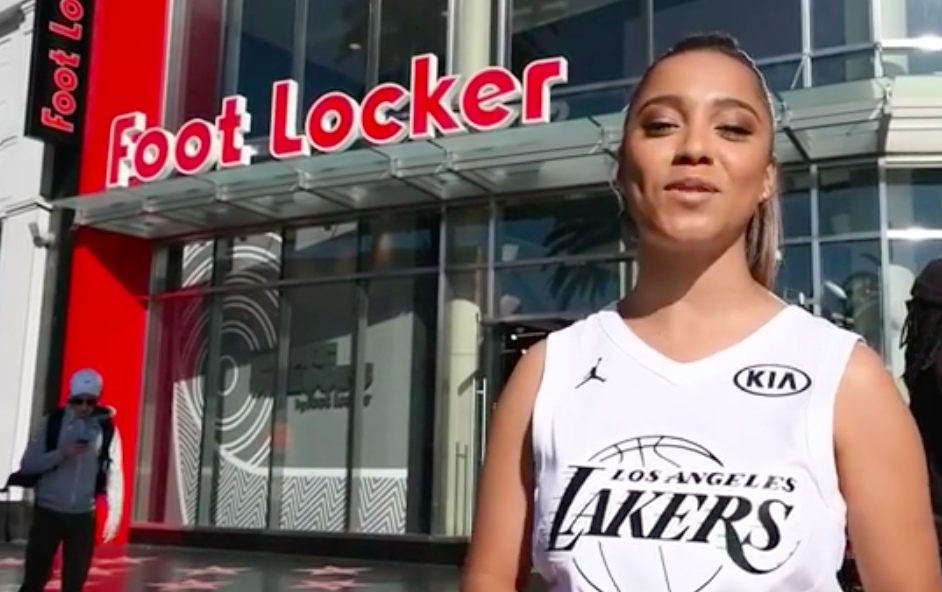 Shares of Foot Locker Inc. were down $5.84, or 12.7 percent, to $40.04 on Friday after the sneaker retailer reported weak fourth-quarter results and indicated the sales won’t likely rebound until the second half of 2018.

On a conference call with analysts, Lauren Peters, Foot Locker’s EVP and CFO, said the comp decline of 3.7 percent in the quarter was at the lower end of expectations going into the quarter.

November comps were running up low-single digits at the time of the guidance. December comps were down low-mid-single digits, within expectations. Added Peters, “However, with few big shopping moments in January, product heat fell off a bit, as did traffic, leading to a low double-digit cost decline in that month that was below our expectation.”

In terms of segments, direct-to-customer (DTC) collectively produced an overall comparable sales gain of 4.3 percent. As a percent of total sales, DTC increased to 16.1 percent for the quarter, up from 15.3 percent a year ago.

As a group, the Store division posted a 5.1 percent comparable sales decline. Similar to the third quarter, apparel was a highlight, delivering a comp gain at the high-end of mid-single-digits, the category’s 7th consecutive quarter with positive comp growth. Results were driven by branded fleece and big logo T-shirts, which remains on trend, as well as the new NBA apparel lines from Nike.

By category, men’s running was again the strongest component of footwear and posted a high-single-digit comp gain, while men’s basketball was down high-single-digits. Sales of casual styles in men’s footwear dropped off by double-digits. Strength at Vans’ classic styles were more than offset by declines in Timberland boots, certain Adidas styles and Converse.

Merchandise margins in the quarter eroded 210 basis points due to by higher markdowns on footwear, both in stores and online as slow-moving products was cleared to maintain a healthy inventory position going into 2018. Said Peters, “Across most of our geographies and channels, markdowns were heaviest in court classics and select casual running silhouettes. Despite the higher markdown, overall average selling prices were up in the quarter, with units down mid-single-digits.”

On the call, Richard Johnson, CEO, said many of the company’s recent initiatives are continuing with an overall focus of staying “engaged with our customers at the center of an exceptionally dynamic youth culture.”

Those initiatives include concentrating and accelerating a greater proportion of its capital and operating expenditures on a variety of digital initiatives, enhancing its supply chain capabilities, and investing in remodels. The remodels typically include one or more dedicated vendor spaces. Off-mall concepts are also being tested to reduce its exposure to deteriorating malls.

A new effort for Foot Locker in 2018 will be the Foot Locker banners’ expansion into Asia. An integrated store and e-commerce strategy is being planned to enter Malaysia, Singapore and Hong Kong, and possibly also land a platform partner in Mainland China by the end of the year.

Another initiative is its $15 million investment to acquire a minority stake in Carbon38, a high-end women’s fitness line. Johnson said Carbon38’s price points tend to be “meaningfully higher” than SIX:02’s, but “there are certainly enough overall similarities between them that we believe there are opportunities to learn a lot from each other to elevate our respective businesses.”

Cross-selling of brands is not being contemplated in the near term.

Johnson said Foot Locker many similarly invest in other additional opportunities “to tap into capabilities and talent through partnerships, investments or perhaps acquisitions as we pursue ways to transform our business in serving and increasingly demanding youth culture.”

While some of the cash flow resulting from the tax reform was used to increase its quarterly dividend, some will go to increase compensation for its employees, particularly store managers in recognition of “how important these associates are in connecting with our customers and enhancing their experiences within our banners.”

Johnson also said the company continues to work in close collaboration with its key vendor partners, such as Nike and Adidas, to increase speed in bringing trends to market.

While its suppliers all have growing DTC businesses, “they are just as importantly concentrating their much larger wholesale business on the handful of retail partners like us who not only share their vision of connecting and engaging with customers on a personal and exponential basis, but also have the wherewithal to execute that vision effectively,” according to Johnson.

He said Foot Locker will continue to transform its business to remain the premier destination for the premium sneakers, apparel and accessories across multiple brands.

“We are collaborating with all of our top vendors, Nike, Jordan, Adidas, Puma, Timberland, Under Armour, Vans, New Balance, ASICS and Converse, to name just a few, to cultivate, develop and implement unique product platforms and stories, which we alone have the capabilities and retail footprint to scale globally,” said Johnson. “But we are doing more than that. We are redefining our vision statement to move beyond simply being a retailer of shoes and apparel, to truly inspiring and empowering youth culture.”

Foot Locker is also “creating a new framework to guide and prioritize our strategies,” that it’s still working on and plan to provide details on later this year.

Looking ahead, Foot Locker expects another comp decline in Q1, similar to or even higher than its rate in the second half of 2017, although Peters said the company anticipates “the much anticipated inflection point should come with a significantly improved product flow in the summer and back-to-school.”

Gross margins are expected to begin recovering from 2017’s 31.6 percent rate, which fell 2.3 percent from the gross margin rate in fiscal 2016. Gross margin could fall 150 to 175 basis points in Q1 with the highly-promotional climate and sales deleverage but the depth of premium product should improve significantly and markdown pressure should lessen as the year progresses, according to Peters.

Including the effect of elevated and accelerated digital investments, the SG&A rate is expected to be approximately 100 basis points higher in 2018.

Annual EPS is expected to show a double-digit percentage increase, with an effective tax rate coming down to the 27 to 28 percent range and a lower share count both contributing to this performance. 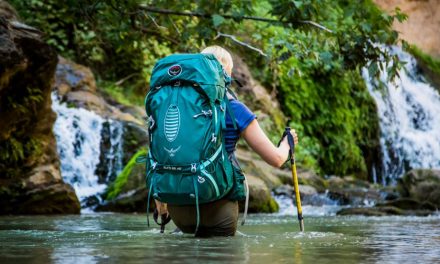