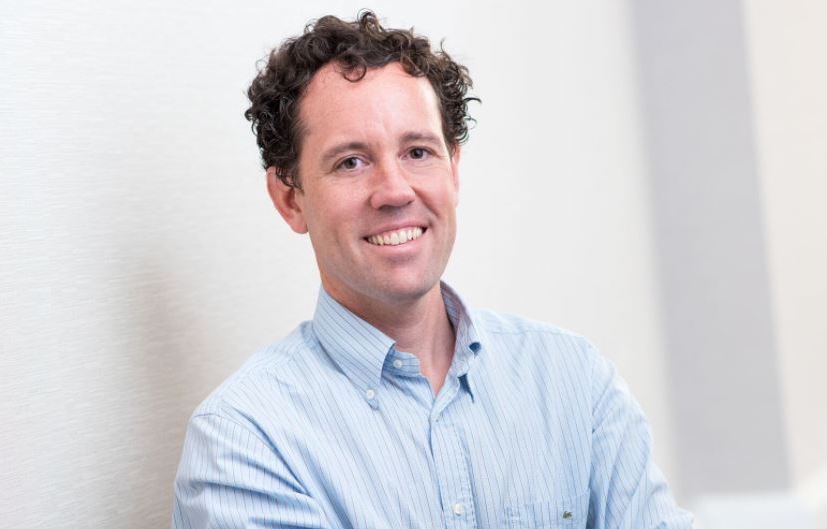 MINNEAPOLIS—Joey Pointer’s one-year anniversary as CEO of Fleet Feet Inc. occurred earlier this month, just before this week’s National Franchise Conference, where he took time out of his busy show schedule to sit down with SGB for a wide-ranging discussion.

Pointer, who was appointed in June 2017 to the top post of the nation’s largest Run Specialty retailer, dished on the company’s past, present and future, as well as the state of the running retail industry.

During his first year, Fleet Feet continued the momentum of the company’s previous success, and Pointer had the numbers to back that up. After opening 11 doors since last June, Fleet Feet now has 176 stores, 145 of which are franchise-owned and 31 of which are company-owned. Fleet Feet’s rolling 12-month revenue is $193 million, and the company is on pace to exceed $200 million—though Pointer believes they’ll end up closer to $205 million.

Since such a lofty sales number can be hard to visualize, Pointer gave a real-world example best understood by anyone who spends long and grueling weekend days fitting customers with new kicks.

Yet another way to look at the company’s growth since being founded in 1976, Pointer added, is that Fleet Feet now services 650 customers per hour across the company’s footprint, while 25 years ago the company was servicing only 493 customers in a day.

Pointer said one recent example was how Fleet Feet’s Houston branch collected shoes and donated them to residents affected by Hurricane Harvey with the help of Fleet Feet stores around the country pitching in with donations. It proved to Pointer that while this once-small retailer with modest roots in an old house in Sacramento might have grown into a national, multimillion-dollar chain, Fleet Feet retains the vibe of a local running shop. And the company about much more than any sales figure.

“That is who we are,” Pointer said. “That is what we bring each and every day.”

What have been the big challenges for you in year one? The highlights are the energy and the passion of this group. I’m working with an incredible group of store owners and operators, and I’m extremely proud of the team. We’ve added talent at every single level; people are the most important thing in our business, and our brand is purely defined by that retail employee that works on a Saturday morning. We’ve overhauled our HR department, our digital team, our social media. We built a team of folks up and down the company that has served us well over the last year.

How was the past year in terms of door openings and what are the goals for the coming year? One of the most exciting things, when you look at our door count, is that of the 11 we added, many of those were independent conversions—people who owned a store but wanted to be a part of the Fleet Feet brand, wanted to be a part of this system, wanted to be a part of what we’re building. I think that will honestly be a big part of our future. If we can get them to come to Carrboro, NC [Fleet Feet’s headquarters], and let me walk them around the office and point out all the things that we’re doing, it’s the easiest sales job because we will be the best employee that they’ll ever have.

What is the message at this year’s conference to the franchise owners, Fleet Feet employees and suppliers about where the company is going in the next year? Our message is simple; it’s “Let’s go.” Change is hard. Change is scary. It’s easy to stay where we are, but we have moved forward; we have become one brand, and so now is our time to separate ourselves from the pack. Now is when we move forward, when we say “let’s go” and really distance ourselves.

Let’s step back in time for a moment. At the Tuesday night party, conference attendees dressed up like 1970s-era Fleet Feet Running Clubs with short shorts, high socks and headbands. Is it important to pay tribute to the company’s roots while also looking forward? Yes, 100 percent. We show a lot of pictures of that old Victorian House that Sally Edwards and Elizabeth Jansen opened up on June 1, 1976 [in Sacramento, CA]. I don’t think that when they first opened up they had any idea of what this could become. I found this picture of Sally and Elizabeth from the 70s and they’re in this Fleet Feet Running Club shirt, so we rebranded our training programs last year to honor that. I think that’s a cool thing. We’re not a brand that started five years ago. We can go back in time and pull that past forward and make it modern. Our brand has been influenced by a lot of great people: Sally and Elizabeth, Tom Raynor—another mastermind of his day—and then Jeff Phillips, who proceeded me. All of those people have left big marks on this brand and so we’re grateful for them all. It’s great to kind of be able to pull through sort of history. 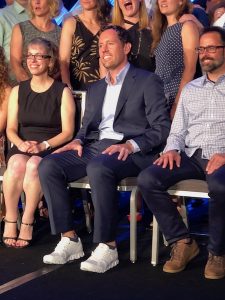 Looking ahead, where’s the focus for Fleet Feet in 2018 and beyond? Fit ID [rolled out last year] has been huge for us. That’s how we’ve digitalized the fitting process. A customer comes in, they get scanned and we can show them their foot three-dimensionally. This year we rolled out the next generation of Fit ID; we’re going to advance it by enhancing the customer experience and capturing more data so that we can segment and personalize messages back to the consumer. To have a shoe that’s not only unique to you but unique to each of your feet is a powerful story to tell and I think that’s something that we can really get behind as a brand. We’re approaching a half million scans of feet. Our customers came in and now we’ve taken that data and made a shoe. Ten years ago we talked about making our websites more sticky. Now it’s how do we make our stores more sticky? This is a way to do that.

So is this a way that Fleet Feet can differentiate as a Run Specialty store, and how important is that you are always mindful of what competitors are doing? This is the gap between us and the mom and pops. We don’t necessarily want to be in the same field as them. We want to be able to have a strong value proposition that if you’re in Fleet Feet, this is the differentiating factor. It’s all about two things. One, we want to be a great brand for our employees, who then take care of our customers. And two, we want to be part of our communities.

What is the biggest threat to Fleet Feet, and are you always thinking about what threats might be lurking? There’s a lot out there to unpack. At some point the best shoe for the customer may no longer be in the backroom but may be in raw materials in some factory. As a retailer, that’s pretty scary. A few weeks ago, I was at the Amazon Go store … and anytime the bar is raised, everybody has to jump higher. [Amazon has] revolutionized grocery, but what does that mean for us? There’s a lot of cool innovation that’s out there and the question is: What do you chase and when do you let this play out a little bit further? That’s a hard thing as CEO because everybody’s looking at you. I spend a fair amount of my time traveling to stores and asking them, what technology and innovation are you seeing? What are customers asking about? I want to go down to the closest person as possible, to that person who’s doing a fitting on a Saturday.

What are some other things that that you’re hearing from customers and maybe you guys aren’t doing yet? People are willing to come in to stores to have an experience, but we need to be faster; we need to be more efficient in handling them. I still don’t think that we do a great job of speaking to them as an individual. We still do a lot of batch and blast type of conversations and so we’re trying to narrow that down. All of our vendors have a direct-to-consumer strategy. There’s a lot of noise coming at the customer and it’s not always easy to cipher. I’ve had a lot of conversations with some of my counterparts … about how can we collaborate in a different way. There’s been lines that we’ve never wanted to cross before, but I think that as we move forward into 2030—2020’s already here—we have to ask how brands and retailers interact with one another. We’re going to have to do things that make us both feel uncomfortable.

Do you see a blending of brands and retailers where you’ve got retailers who own brands and more brands opening up retail? I don’t know if I see brands opening up retail. Retail is not for the faint of heart. I would imagine most brands would say that they are going to play more in the digital space in terms of storytelling and going after the consumer. But we’re still bullish on retail. We’re still wanting to open stores and expand. But I think there’s a way that it can all sort of manifest itself. We all want sort of the same outcome, and it’s just how we work together to achieve that.

Are you also bullish on the future of Fleet Feet and Run Specialty—and as CEO, do you have to be? Yeah, that’s probably the right answer: You have to be. But I was sincere when I said the other day that I still believe our best days are yet to come. Our comp sales are good; we’re rocking and rolling. The exciting thing is we have so much opportunity. It’s not as if we’re at perfection and we don’t have anywhere else to go. I truly believe that we have a long way ahead of us, and that we have a lot of opportunities both servicing our existing customers as well as new categories and new markets.

Look for more from Fleet Feet’s National Franchise Conference next week in SGB, including a new logo and rebrand from the company.